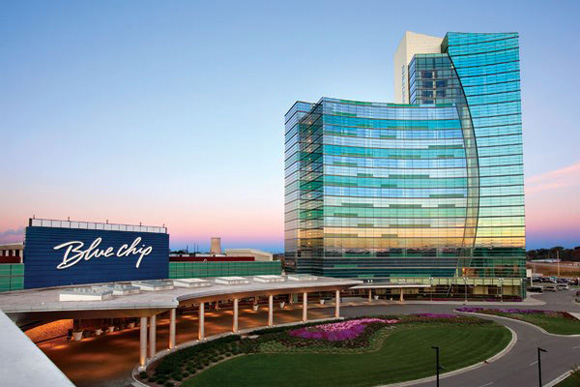 Country singer and songwriter Sara Evans, with number one singles such as "No Place That Far," "Born to Fly," "Suds in the Bucket" and "A Real Fine Place to Start," will perform Saturday, August 2 at 8 pm CT in the Stardust Event Center at Blue Chip Casino, Hotel & Spa, Michigan City, Indiana.

Tickets start at $45, and can be purchased by credit card at Ticketmaster.com or in person at The Gift Box in the Blue Chip Casino pavilion. Guests must be 21 or older, with a valid state or government issued photo ID.

Evans' released her first album in 1997, and has since had two gold and three platinum-certified albums. Her 2014 release is titled "Slow Me Down," and reached the number two spot on the country charts. She had received numerous music awards, including the Billboard Music Video Award for Best Country New Artist Video of the Year; Video of the Year for "Born to Fly," from the Country Music Association and Female Vocalist of the Year from both R&R and the Academy of Country Music, among others.

Fans can enter online until July 25 at bluechipcasino.com/evans to win a VIP Weekend, including two front row tickets, an August 2 overnight hotel stay and dinner for two at any Blue Chip venue ($100 value). See the website for details and official rules.