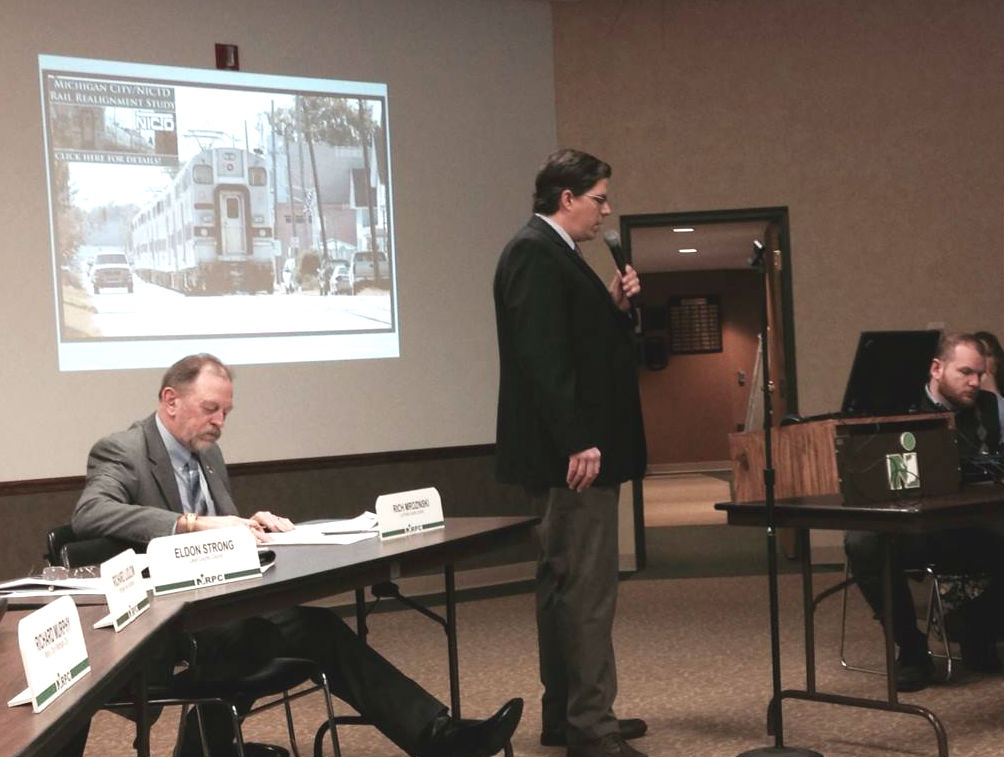 Murphy and Phillips delivered a presentation to the commission on Thursday that detailed the history and the several year long process of identifying a preferred alignment of the South Shore rails in Michigan City.

Murphy began by saying, "We want to tell the story of what many refer to as a hundred year land use decision for Michigan City, and the consensus that we arrived at with the railroad on a downtown 11th. St. alignment." While speaking of the importance of Michigan City capitalizing on the economic benefit of a downtown station spurred by transit oriented development, Murphy also noted the deep appreciation that Michigan City has for the railroad. "Michigan City was built by the railroads. It's who we are."

Phillips presented details on the recently completed Michigan City/NICTD Realignment Project funded by a TIGER II federal grant and described the process in which the City and NICTD negotiated and reached a compromise on an alignment and station in the existing 11th St. downtown corridor. He quoted the executive summary of the final report which states, "The end result meets the vision for the community as it promotes an operationally efficient, safe commuter transit service that will attract more ridership and create an impetus for economic development for Michigan City." Phillips said on Thursday that Michigan City and NICTD will seek federal grants to fund the next step of the process which is to study the environmental impact of the chosen alignment.