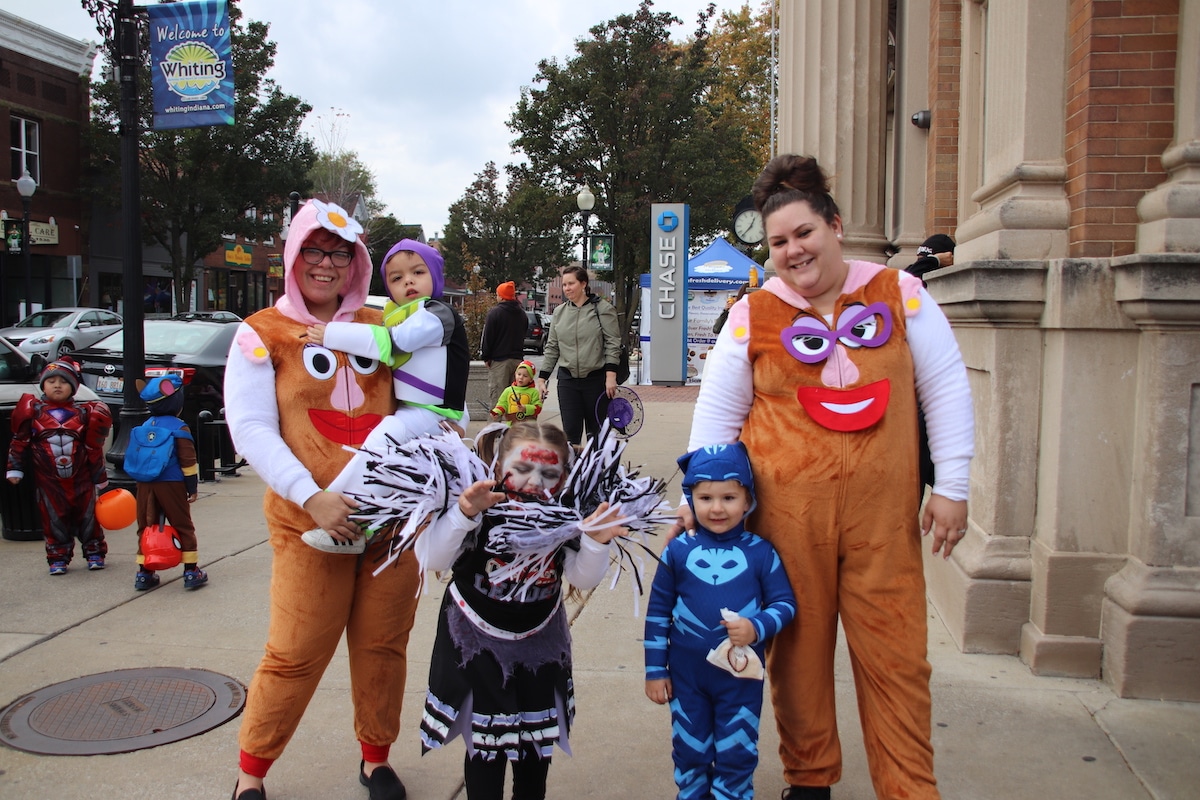 On Saturday, the City of Whiting welcomed families from all over the area to participate in their Annual Halloween Parade. The corner of 119th and New York Avenue was filled with children and families anxiously waiting to show off their Halloween costumes on a long march through the streets.

The parade has a long history, going back over a decade. Both Whiting locals and others from across the Region love to come out to join in on the march. Courtney Kagels, a regular attendee, said the parade has become a family tradition that her kids look forward to every year.

“I’ve been coming here since I was a little kid,” Kagels said. “It’s a lot bigger with a lot of out-of-towners. The past three years I’ve been coming with my kids it’s pretty big. The lodge does a nice thing with the kids, food and pumpkins, and they get goodie bags. Then everyone lines up and walks down to the YMCA for Trick or Treat.”

The event is about much more than getting into the Halloween spirit, however. This gathering is one of many examples that showcase Whiting’s unique community and special ways of bringing people together.

“The event is about bringing the kids together and celebrate not only Halloween, but them. It’s a great way for them to have fun,” said Karen Anaszewicz, event staff for the City of Whiting. “The mayor likes to have events like this because it shows the town off to people from all over.”

Participants were escorted by police cars and fire trucks as they walked down the street waving at attendees, friends, and family. The parade ended at the YMCA, where kids were greeted with candy and could continue the fun with games.

“This is my first time here. I first heard about the parade on Facebook,” Alicia Wilkes said. “I thought it would be a great way for my kids to wear their costumes another time. I love that the city does this for the kids.”

The YMCA and Parks Department collaborated to organize the event. Meanwhile, local businesses and organizations supported the parade by handing out candy to participants. The Whiting High School band also dressed for the occasion in costumes ranging from giant bananas to video game characters.

For more information on Whiting and their events in the future, www.whitingindiana.com.