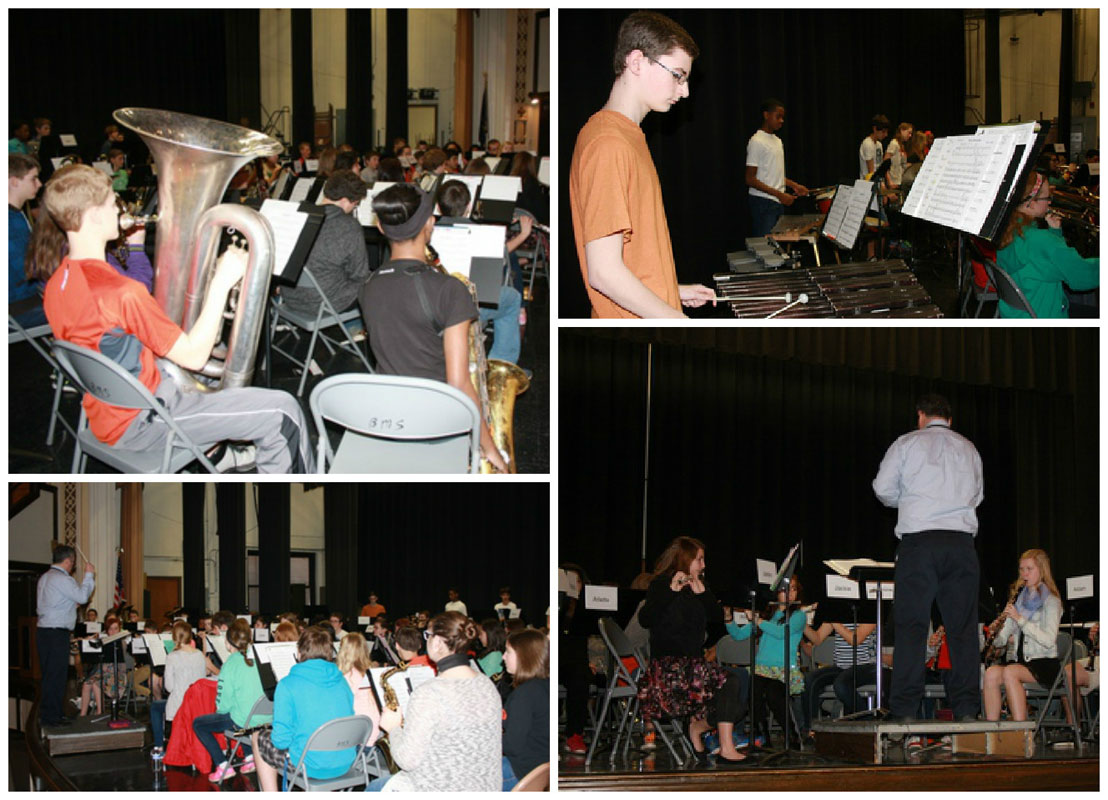 For the past several years, the BMS 7th and 8th grade bands have participated in the ISSMA music contest, held each year at La Porte High School. This year, the band wanted an extra push to help them become even more advanced musicians. They reached out to composer and music educator, Mr. Bruce Corrigan, of Bowling Green, Ohio. Corrigan agreed to rehearse both the 7th and 8th grade bands to help them prepare for their ISSMA performances.

Because of the special guest, the 8th grade band rehearsed for two class periods on Monday morning. Mr. Corrigan wrote one of the pieces the 8th grade will play at ISSMA contest. His piece New Horizons is named after the NASA spacecraft which has been traveling for the past 9 years toward Pluto. Its closest encounter is scheduled to happen this July, and will provide high quality pictures of the icy dwarf planet. Corrigan shared that he wrote this piece for his own middle school band in Ohio, and “at the time I wrote the piece, I never thought another band would play it.” Although much of the time together focused on the piece Corrigan composed, he also rehearsed two other pieces which will be performed at ISSMA contest.

The 7th grade band also spent two class periods with Mr. Corrigan on Monday morning. Although he did not compose any of their pieces, his high expectations and musical expertise helped the 7th grade band achieve more artistry and ensemble skills. Most of the rehearsal focused on adding delicateness and nuances to the piece Lyric Prelude. After the practice together, Corrigan admitted that he was inspired to purchase this piece for his own bands in Ohio.

ISSMA contest for middle school bands, orchestras, and choirs will be held on Saturday, March 21 at the LaPorte High School Auditorium. All groups must choose three pieces to perform and will be scored by three music judges. The 7th grade band will perform Cimarron, Lyric Prelude, and African Folk Trilogy starting at 8:30AM. The 8th grade band will perform Contredanse, Shenandoah, and New Horizons starting at 9:45AM.