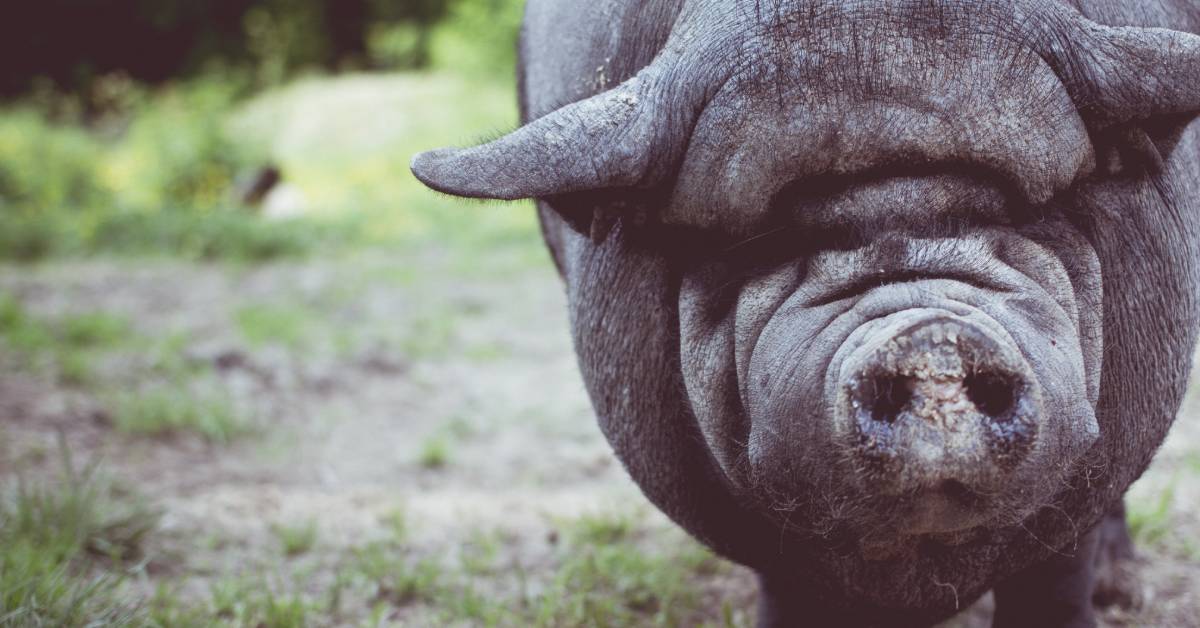 The La Porte County Fair has wound down for another year. Somewhere in between all the fried foods, live music, and fun games was one of Unity’s favorite fair moments: presenting the annual Clarence Weinkauff, Jr. award winner. This year The Weinkauff Family celebrated 20 years of presenting the award!

The Clarence Weinkauff, Jr. Grant Fund promotes the 4-H swine program and the breeding of swine in La Porte County. Each year, the fund awards a $500 grant to a 4-H member to reward the extra effort and passion that goes along with breeding and raising swine – even if the livestock does not win the competition. Students must apply for the award through an essay submitted to the local 4H extension office prior to the fair. The fund was started in 1999 by Clarence’s children to honor their father and his dedication to the 4-H program and farming community of La Porte County. The Weinkauff family understood how rewarding the experience of raising your own swine to show at the fair was, and wanted to encourage more families to take that route instead of buying a pig to show. Over the past 20 years, the fund has given out $10,000 to the Swine Program community!

This year’s award was presented to Mitchell Brown, a 10 year participant in the La Porte County Fair Swine Project. Brown had a stroke of bad luck with his pigs this year, and plans to use the award money to purchase a new pig to raise as well as for feed. “It gives me a lot of pride to raise them from babies to full grown animals,” Brown said in his application, “It gives me a lot of responsibility through the years and it makes me want to work hard to have the best animal I can have.” In response to the twenty year anniversary, Sue Weinkauff McCormack said, “In 1999, our family never dreamed we’d be standing here today having honored twenty 4Hers with a combined $10,000. We all benefited from 4H and are glad we can continue to give back to the program. Our Dad would be very proud of this legacy.”

Since 1992, Unity Foundation of La Porte County has served donors, nonprofits and local communities. As La Porte County’s community foundation, it manages approximately $32 million in assets, administers more than 325 charitable funds, and has distributed approximately $19 million through direct grants and scholarships. The Council on Foundations has deemed Unity Foundation in compliance with all Indiana and national ethical and operating standards for community foundations. Unity Foundation’s mission is to strengthen La Porte County now and forever by building permanent endowments; providing leadership; offering philanthropic vehicles for everyone; and, being a catalyst for social and economic vitality. For more information, please visit www.uflc.net or call 219-879-0327.