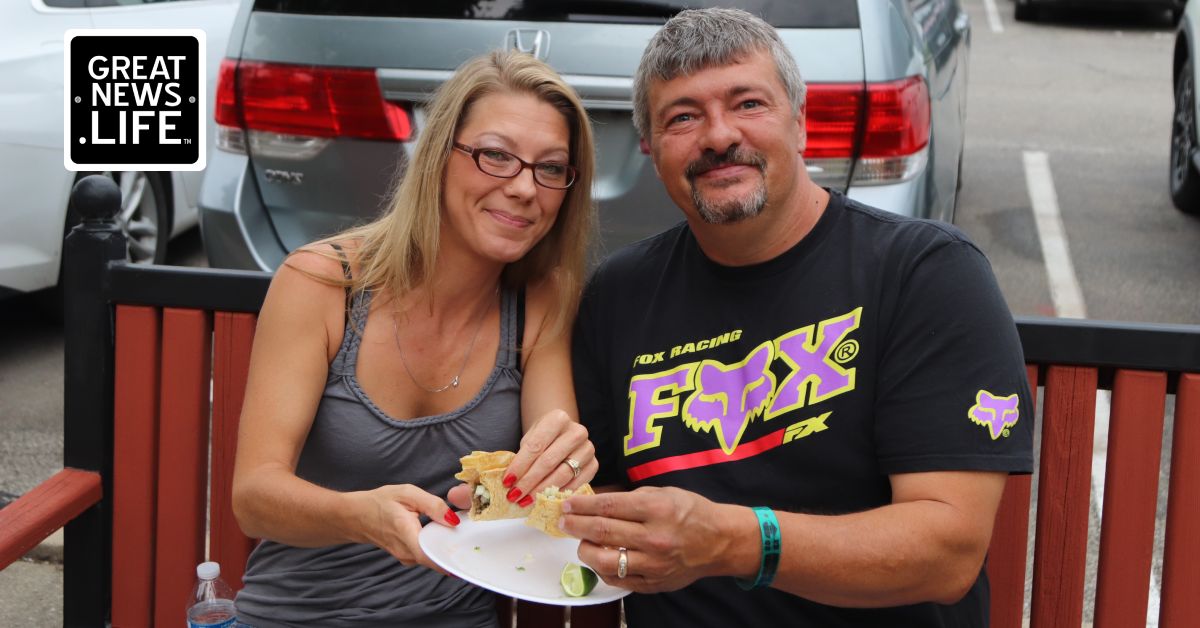 Appetizing aromas and lively music surrounded the corner of Monroe and Lincolnway as the recently founded venue, La Stitch, hosted La Porte’s second annual Taco Fest. The event took place from 6-10 PM and not only featured local food and beer, but also a floral market and areas for artists and creators to sell their work.

While the first Taco Fest occurred in October of 2021, today’s event occupied a new place in locals’ calendars this year. It was initially scheduled for May of this year, however, was postponed due to concerns about weather.

Taco Fest is just one in a larger series of scheduled events called “Friday Night Live,” aiming at community engagement. La Porte’s mayor, Tom Dermody, was in attendance, hoping that the event will encourage more interest and excitement in La Porte and advertise its opportunities for both recreation and living.

“We're starting to see people interested so we're excited. And what better place?”, said Dermody. “Our parks. Our lakes. Our natural resources. When you put on events like this, there’s more reason to come here. You can have a good paying job. Everything. It's a combination. We think La Porte is very special and will compete with anybody.”

Taco Fest was sponsored by Arnett Construction & Roofing. Its CEO, Derrick Arnett, is especially fond of tacos and is enthusiastic about funding the event. With several vendors competing for the title of best taco, enthusiasts who share Arnett’s passion were in an ideal place. Lines of people lead to various taco vendors, one of which was the 2022 taco competition’s winner, “Las Mamacitas Taco Truck.” In the eyes of La Porte Events Civic Director, Brett Binversie, the only problem he faces is where to put such an amazing turn-out for the coming years.

“Next year, we're going to plan to go into these parking lots that we're standing on,” Binversie said, “This will give people more space to spread out. So we'll close at least one of them and utilize the street so people have a little more room to move around.”

La Porte is not only sporting another, more expansive Taco Fest for next year but also plans to organize four other Friday Night Live events, including a “Cheeseburger in Paradise” for August. Cheeseburger in Paradise will feature a Jimmy Buffett tribute band originating from Chicago, as well as burger food trucks and local vendors participating in a “best cheeseburger contest.” For attendees such as Dakota, the events are ushering in a sense of community and energy.

“We just love everything happening downtown. Laporte is the place to be,” said Dakota “I love when the community gathers and the music. It’s just wonderful to be here.”

To learn more about the City of La Porte, and to check out all of their upcoming events, visit their website: https://www.cityoflaporte.com/.