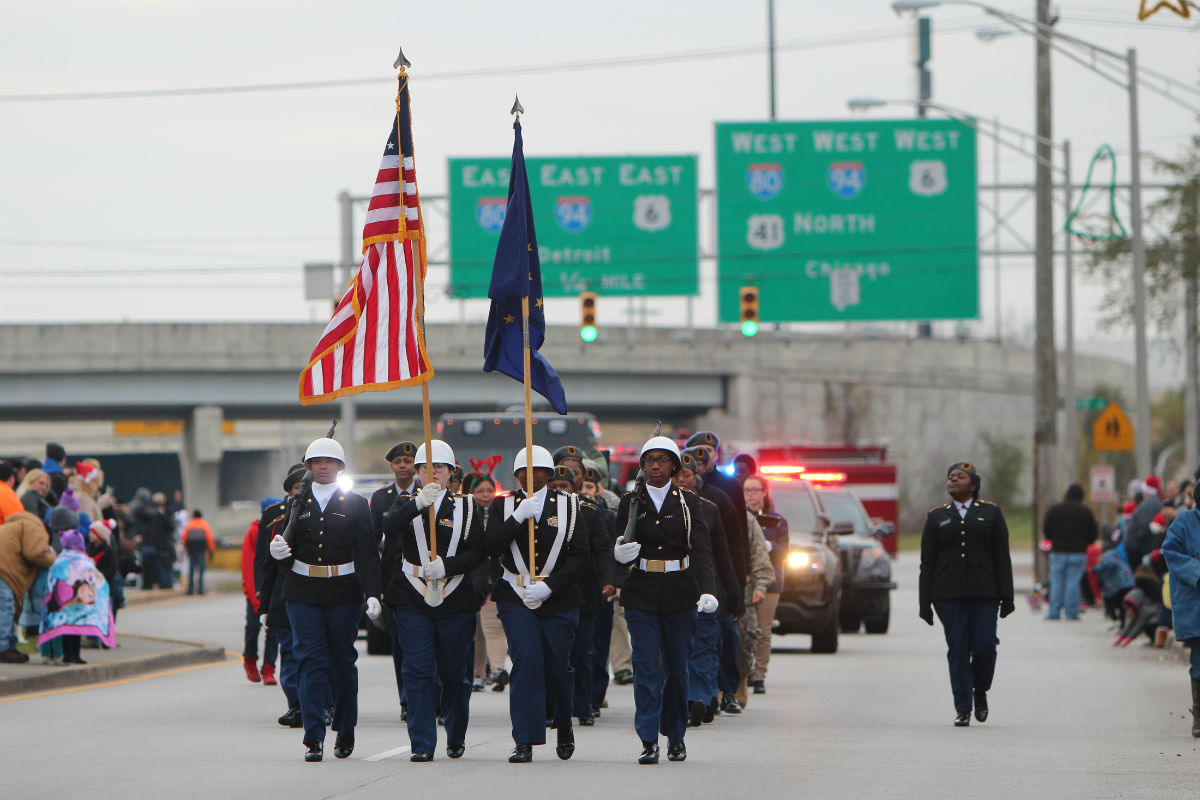 The Hammond Holiday Parade spread cheer through the city again this year, and it has for about 80 years.

91 vehicles were involved, including Hammond Police, the District Supervisors, a fleet of snowplows, and decorated floats from local businesses. Families gathered along Indianapolis Boulevard as the floats went by.

“It’s become a family tradition for some people to come and see the parade, and we love putting it on,” said Rosa Maldonado, Recreation Supervisor for the City of Hammond.

Children cheered and danced during the parade, catching candy and hearing well wishes from the paraders. The kids loved the parade, but couldn’t wait to see Santa, who wraps up the parade with Christmas spirit.

“I love to see the kids when Santa comes around at the end,” said Donna Muta, City of Hammond's Special Events Coordinator. “You can see the magic in their eyes, they just light up. It’s all about community and doing this together.”

The Grand Marshal of the Parade, Emily Zimmerman, who’s playing Annie at Theatre at the Center, was happy to join the parade.

“I’m really excited to say hello to everyone, especially the little kids, said Emily, “I love meeting little kids who are like ‘Oh my gosh! It’s Annie’, they’re just so cute.”

“We love the responses from people as we pass by. They smile, and some people will yell out ‘Go Warriors!,’ and especially at the end of the parade, that’s what keeps you going,” said Monica Magallanes, junior Drum Major for Bishop Noll Marching Band.

Mayor McDermott was on the parade route, handing out candy and supporting his community.

After the parade, people gathered to photograph their children with Santa in his sleigh. Each child received some candy from Santa.

Through the years we all will be together. Wishing you and yours a merry little Christmas now.