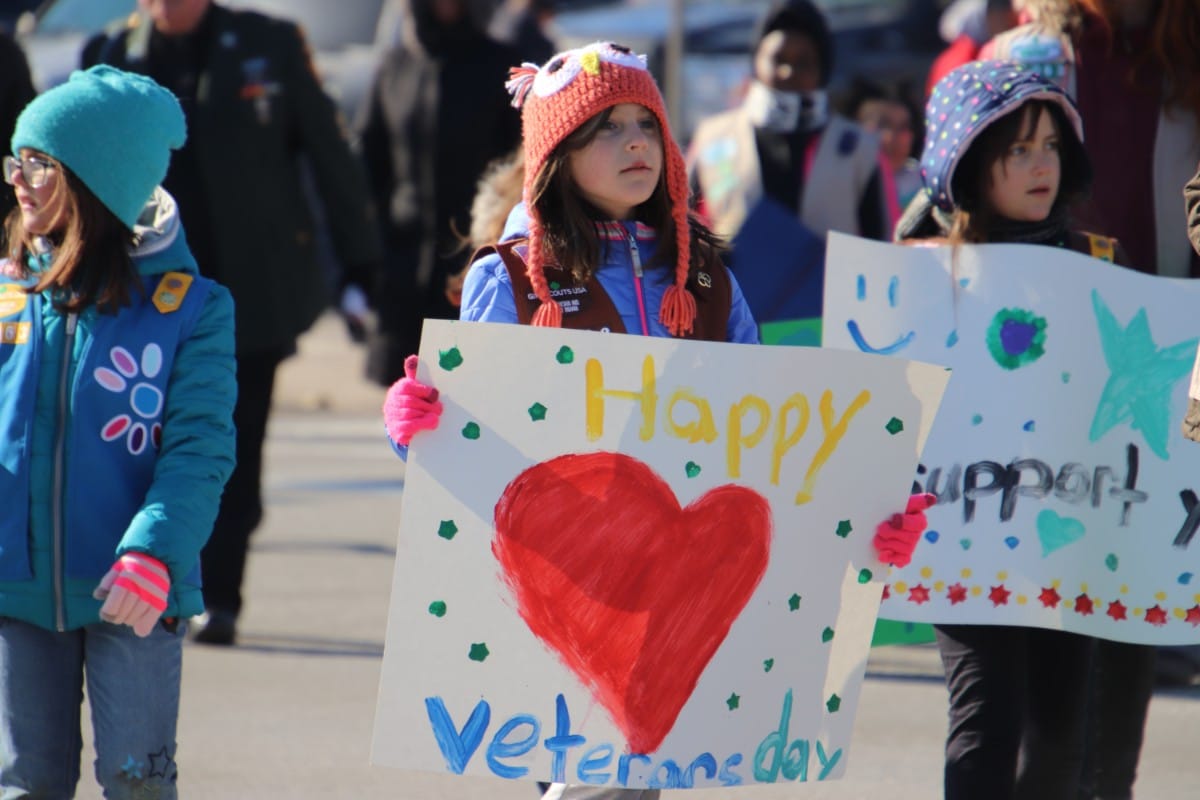 The City of Hammond came together on Saturday morning to honor the Region’s veterans during the 5th annual Veteran’s Appreciation Day Parade.

“We’re the Region’s only Veteran’s Day parade,” Mayor Thomas McDermott Jr. said. McDermott walked in the parade that spanned 173rd Avenue, stopping along the way to shake hands with the attendees and hand out candy to Northwest Indiana’s littlest members. “We appreciate the Region’s veterans and the sacrifice that they made for our country. That’s why we do this.”

Despite the cool weather, families flocked to show their support for the veterans and their appreciation for the City of Hammond.

The event marked the fourth time Ted Grubb of Hessville has attended the Veteran’s Appreciation Day Parade with his family. Grubb assists Hammond in their efforts to keep residents safe by blocking off streets with his truck.

“We want to support the veterans,” Grubb said. “We’re local Hessville residents, and my kid’s birthday is on Veteran’s Day. He will be eight years old tomorrow. I love this parade. Hammond is great.”

Those participating in the parade came to the event dressed to impressed. Costumed entertainers, decorated floats, bands, and handmade signs filled the street. The crowd cheered for the antique military vehicles and the members of the local American Legions and VFW posts, and all heads looked up as the Lima Lima Flight Team performed in the sky. In one of the most memorable moments of the parade, Jeepers for Vets of Northwest Indiana stunned the crowd as they positioned five Jeeps tire over tire against each other.

Cheryl Suwardi, Band Director at Hammond High School, proudly led her band through the parade to show their support.

“We are so happy to be able to honor the veterans through music,” Suwardi said.

The parade concluded with a special ceremony at the Hessville Park Veterans Memorial.

“The cool thing about this parade is that we finish up at the Veterans Memorial,” McDermott said. “We end up over there, and we usually have a couple hundred people show up for the event after. It’s really nice.”

The ceremony featured keynote speaker Jerome A. Prince, Lake County Assessor and Grand Marshal, for this year’s parade. Prince, a veteran of the United States Marine Corps, recognized the importance of honoring those who have served for our country.

“It’s not a lot, but it is one small way that we in the Region can show our appreciation for the bravery and commitment of those men and women,” Prince said during his speech. “Your presence here today and that of the people gathering all across America is a tribute to those lost troops and to their families. It’s a way for us to say that we remember.”

Citizens were invited to sign banners expressing their appreciation for those in active duty.

“The men and women honored here today enlisted and sometimes went to battle in an effort to protect our liberties and our freedoms, and they have been doing so since that once faithful day in April of 1775,” Prince said. “To the soldiers who served during the winters at Valley Forge, those who patrolled the jungles of Vietnam or the deserts of Iraq or the mountains of Afghanistan, we tell you we appreciate your service, we honor you, and we respect you.”