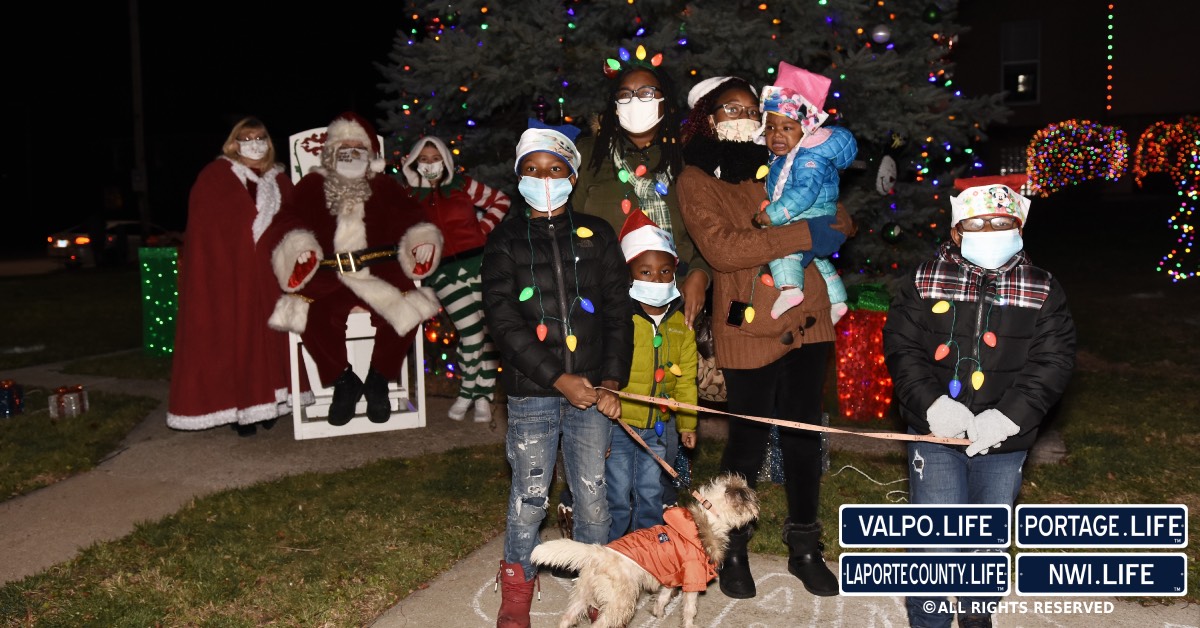 The City of Hammond hosted its first-ever official Christmas Tree Lighting Ceremony this season, much to the delight of local residents who attended, perhaps ushering in a new era of holiday traditions.

With the large pine tree in front of Hammond City Hall decked out in holiday lights and festive bling. Even the City Hall building itself was covered in lights befitting the warmth of the holiday season. Several months of planning went in to ensure that the tree lighting was a success, while still being able to comply with CDC guidelines and health department orders in light of the current COVID-19 mitigation plans.

“We marked the grass to be sure that people would remember to stay six feet apart,” said Donna Muta, Special Events Coordinator for the City of Hammond Parks Department. “Everyone is very excited. We’ve got Santa and Mrs. Claus here, with some of their elves.”

Entertainment was courtesy of singers from the Hammond Academy of Performing Arts, who set the perfect tone for the evening with an amazing set of Christmas carols and even invited the crowd to sing along. Also on hand, ensuring that spirits stayed bright, was the Calumet College of St. John Dance Team, who performed a brief set.

Overseeing the evening’s schedule was none other than Mayor Thomas McDermott Jr., who was thrilled to throw the switch to turn on the lights and usher in the official start to the holiday season.

“There are a lot of people I’d like to thank,” said Mayor McDermott. “A lot of people worked very hard on this. Our special events team, and my staff who stepped up big time. Also Steve Delgado and Felix Gonzalez, from our parks department, who put in a lot of work to make this happen here tonight.”

“And of course, no holiday season would be complete without Santa and Mrs. Claus,” the mayor said, as the crowd cheered for the visitors from the North Pole.

After the evening’s entertainment, there was a brief moment of silence to honor those lost to COVID-19 as Mayor McDermott invited members of the local city council to join him in front of the crowd as he prepared to throw the ceremonial switch.

“We’ve had a strange year, a difficult year for everyone,” said Third District Councilman Barry Tyler Jr. “It’s great that we can come together and celebrate the holidays as a community. We can always try and find something to be thankful for. We all really care about making this city a better place for everyone. No matter what race or religion, you have a home where people love and care about you, right here in Hammond.”

If you weren’t able to make it out to see the festivities for yourself, you can view them on the City of Hammond’s website at www.gohammond.tv, or catch it on the City’s Facebook page.