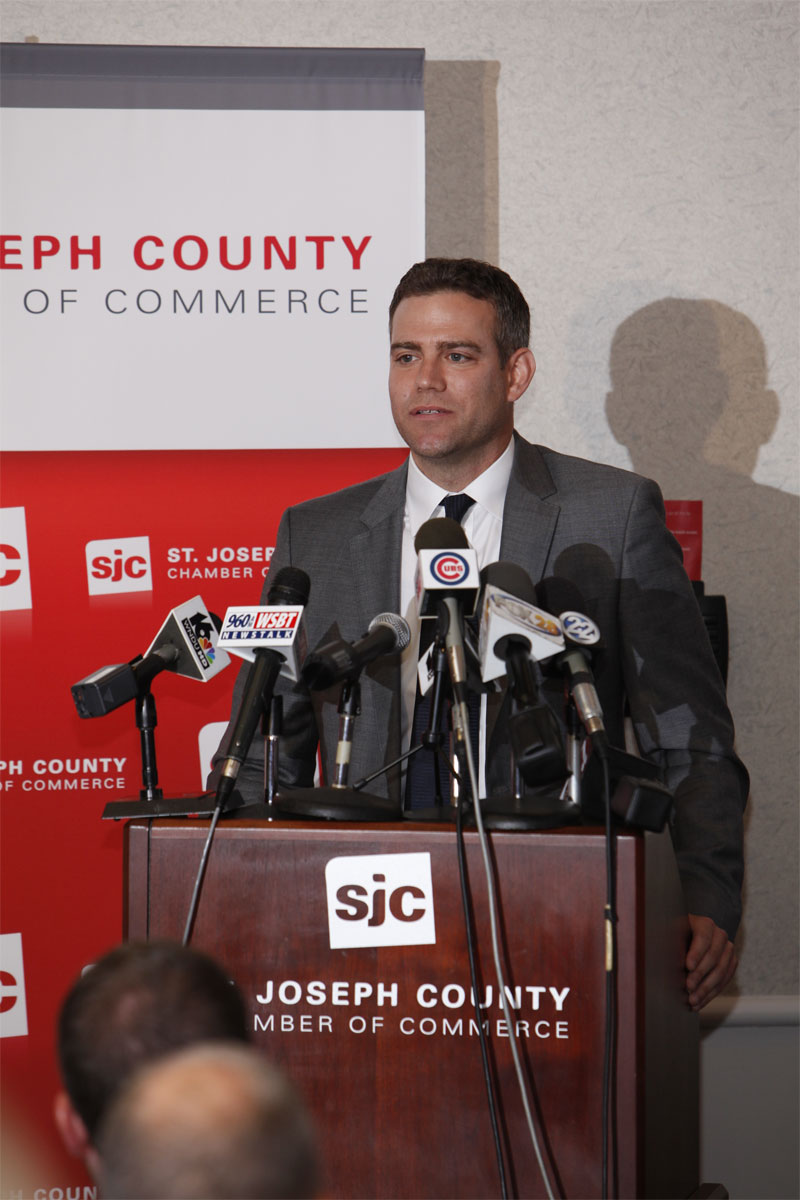 If the atmosphere surrounding the Opening Day of the South Bend Cubs 2015 season wasn’t already electric, today it was announced that Chicago Cubs President of Operations Theo Epstein will throw out the first pitch at the home opener on Thursday, April 9.

Epstein will travel to South Bend on April 9 to show his enthusiasm for the newest affiliate of the Chicago Cubs organization. At the time it was announced in September 2014, Epstein commented: “We’re thrilled to begin this partnership with Sound Bend and we’re looking forward to working with everyone here. It’s important to have first-class facilities not only at the big league level, but also throughout our farm system. South Bend provides exactly what we were looking for both as a community and as a farm club.”

Joe Hart, President of the South Bend Cubs, said “Having someone from the Chicago Cubs—particularly Theo—join us on Opening Day is symbolically important for our fans. We already know that the Chicago Cubs’ front office is excited about our affiliation. Having them come to South Bend and throw out the first pitch is history in the making and will solidify the relationship between fans and these two great ball clubs.”

On Wednesday March 11, the South Bend Cubs set a single day ticket sales record. As a result, most of the remaining tickets for the April 9 home opener are standing-room only. For ticket information, contact the box office at 574-235-9988.

About the South Bend Cubs
The South Bend Cubs are a Class A minor league team affiliated with the Chicago Cubs. Over the past 27 seasons, the team has won five Midwest League titles, most recently in 2005, and has captured 12 division titles. The team is owned and operated by Swing-Batter-Swing, LLC whose sole shareholder is Andrew T. Berlin of Chicago, Ill. More information is available at www.SouthBendCubs.com.