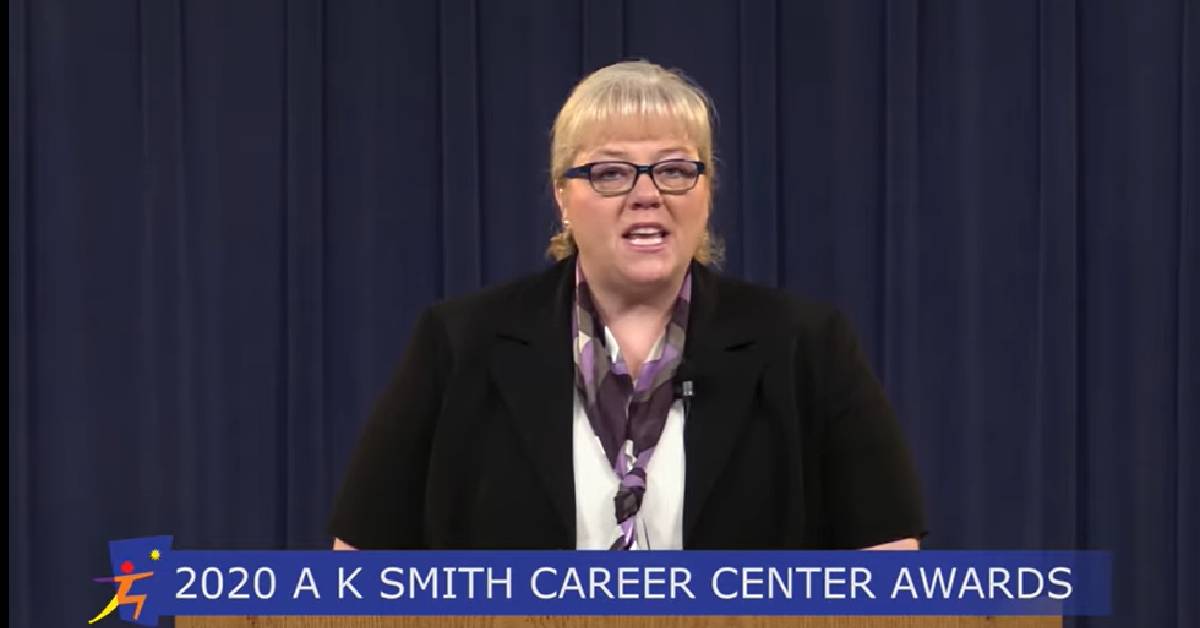 The LaPorte County Career and Technical Education program at the A.K. Smith Career Center in Michigan City virtually streamed its 2020 Awards Program on Thursday, May 7. During the program, returning members of the Technical Honor Society were recognized and new students were inducted. Several students were also honored with scholarships and awards.

The May 7 ceremony was led by Director of Career and Technical Education, Audra Peterson, and addressed the four pillars of the society. They included: Excellence, Character, Technology, and Work Ethic.

“The Technical Honor Society honors students who have shown dedication and professionalism and possess the skills necessary to be selected as the best of the best in their chosen field,” said Peterson. “These students demonstrate that career and technical education is a viable, practical, and challenging educational path, and we are so proud of them.”

Each of the CTE programs at A. K. Smith also recognized an Outstanding Student of the Year. They included:

Each year a student representative from each high school is selected as the Outstanding Student of the Year for La Porte County Career and Technical Education. This year’s recipients were:

The following students, who reached benchmarks during the school year such as attendance and community service, were awarded Regional and Governor Work Ethic Certificates:

Other special awards presented during the May 7 ceremony included:

The May 7 virtual ceremony is available for viewing at http://educateMC.net/careertech.