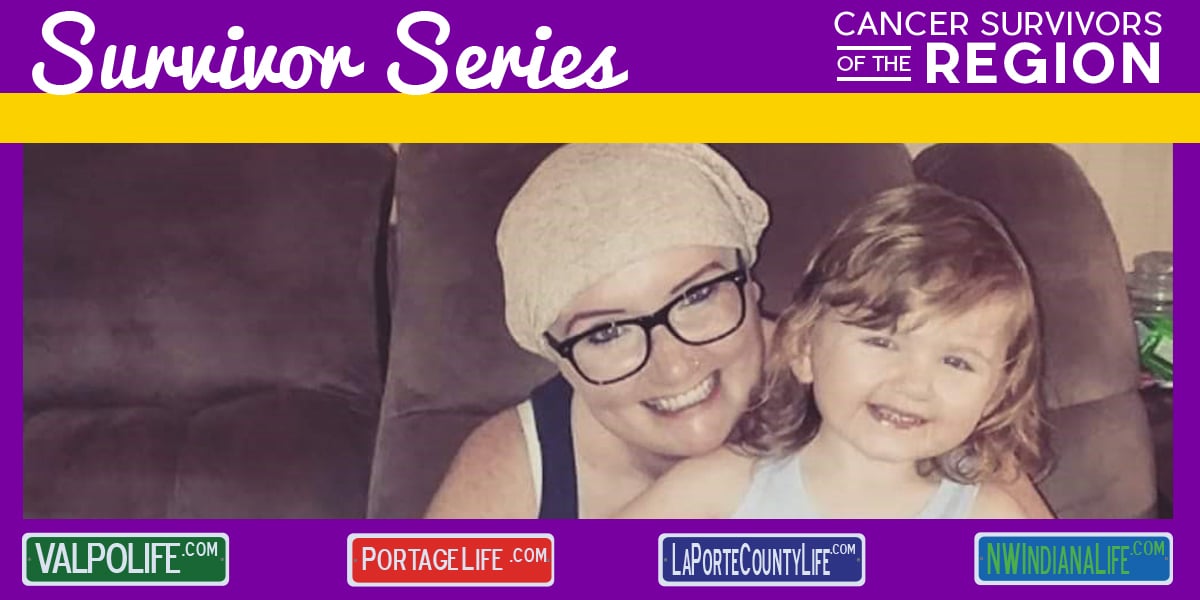 At just 29 years old and with no family history of breast cancer, Rachel Boose was shocked when doctors found a tumor visible on her mammogram. She was sent for a second mammogram which confirmed her worst fears.

As the word ‘cancer’ filled the room, Boose sat in disbelief, worrying that her journey was coming to an end.

“When I heard that word, I thought the sentencing was done,” said Boose. “With the look on everyone’s face and with what they were looking at being so bad, I was mortified.”

“They showed me the mammogram image,” commented Boose. “The tumor was huge. My heart sunk to my feet. I thought, ‘I’m done for.’ At that point, I really thought I was done for. It didn’t look good.”

She waited two agonizing days for the biopsy results.

“Those were the longest two days of my life,” she said. “I couldn’t stop crying over everything. I needed to be here for my daughter.”

The results confirmed the cancer had reached a lymph node, and Boose was referred to an oncologist. She received a PET scan which showed the breast cancer had metastasized to a few areas of concern. Shortly after, she began her treatment plan, including five months of chemotherapy, a lymph node dissection, and a mastectomy.

Her family was shaken by the news.

Though frightened, Boose felt the undeniable feeling that she was going to survive her cancer diagnosis.

With the loving support of her family, Boose reached out for the support of the community. She connected with a support group at the Cancer Research Centre in Munster, Indiana. Boose immediately bonded with two RNs, Kimberly Lee and Nicole Bryner, who offered encouragement and acted as health navigators in Boose’s journey.

“They made me realize that I can do this,” said Boose of the support group and of Lee and Bryner. “I can do anything. I can move forward. I can live out my life. I can beat this and see my grandchildren grow up. It really gave me the hope I needed.”

She found inspiration in connecting with others that attended the support group. They gave Boose hope that there is life after cancer.

“You need to have hope, faith, and courage,” she said. “No one could get through this without knowing that there is another side. Because there is.”

Boose recognizes the enormous efforts put forward by her oncologist, Dr. Gowri Ramadas, and her staff. She thanks them tremendously for helping her on her road to recovery.

“My oncologist and her staff have been phenomenal and have saved my life,” said Boose. “They are family to me.”

Boose entered the next stage of her treatment plan, radiation therapy, on September 24th. After 25 rounds of therapy, she hopes to receive a 6-month break before reconstruction surgery in May of 2019. She is looking forward to living life on the other side of cancer.

“I don’t know what the journey after cancer will bring me yet,” she said. “I think I’ve been put through this to tell my story, to inspire others as they have done for me and to give hope to young women.”

Boose hopes that sharing her story will encourage other women on their journeys to recovery to have a positive outlook on life.

Though Boose was surprised to receive her diagnosis, she learned that she couldn’t let cancer stop her from enjoying life. Despite going through treatments, she has enjoyed going to concerts, watching baseball games, and taking her daughter to the park.

“You have to live life,” she said. “You can’t let cancer have you. You may have cancer, but cancer doesn’t have you.”

Boose hopes other young women will hear her story and recognize their strength.

“I never thought in a million years I could do it, and here I am, killing it,” laughed Boose. “It’s not fun. I wanted to give up many days on end. But, if I can do it, anyone can do it.”