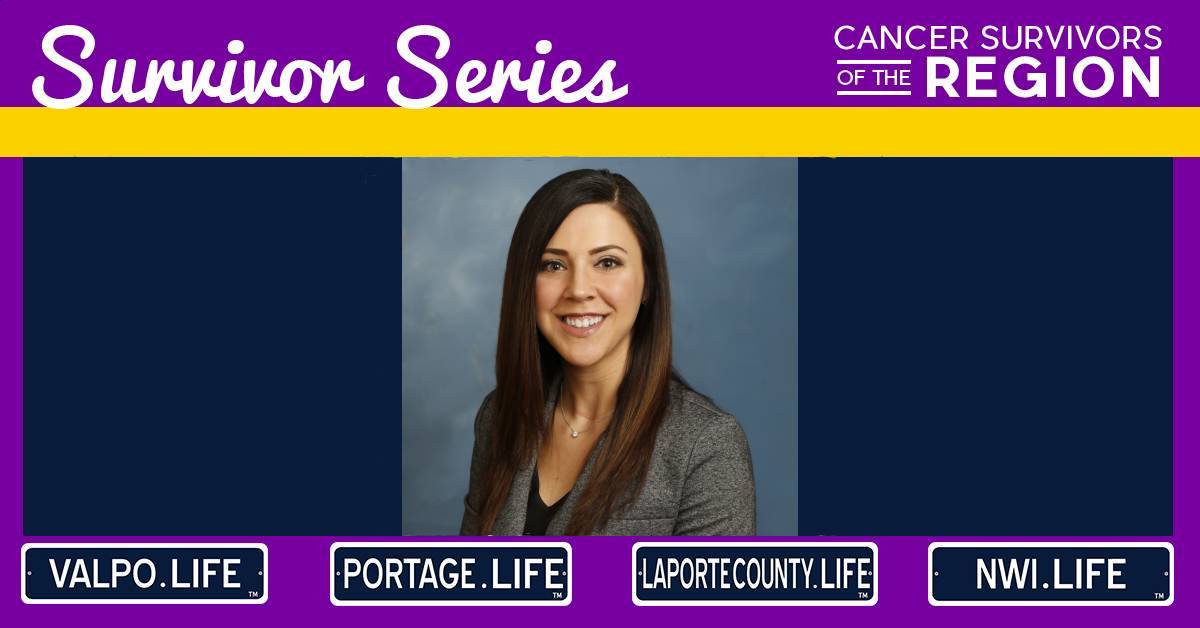 Six years ago, when Cedar Lake resident Molly Bernotus went to get her wisdom teeth removed, the oral surgeon found something in her jaw during an X-Ray. Thinking that it was some kind of cyst, the oral surgeon sent a biopsy to a lab to be examined. Turns out, it was spreading thyroid cancer.

“It was weird hearing the news,” said Bernotus. “According to the lab, it is a one in a billion shot that someone gets thyroid cancer in their jaw.”

After some research, she went to Northwestern Memorial Hospital in Chicago and scheduled a surgery to have her thyroid removed, as it was the origin point of the cancer.

“Even after getting my thyroid taken out, my biggest concern was the cancer that had spread to my jaw.”

After the surgery, Bernotus met with a reconstructive plastic surgeon and underwent four separate procedures to help alleviate that cancer, with a fifth one coming sometime in the near future.

Bernotus went on to explain that unlike other types of cancers, thyroid cancer is not treated with typical radiation but instead with radioactive iodine, which basically eliminates all of the thyroid tissue in the human body.

“Every couple of years, I have to take a dose of radioactive iodine to ensure that the cancer does not come back. Thankfully, so far, it hasn’t.” Bernotus said.

Aside from the radioactive iodine treatment, Bernotus states that maintaining her health and fitness has been crucial. Staying healthy is good for both stabilizing one’s state of mind and keeping the body in check in case anything else happens.

As is to be expected, the news of Bernotus having cancer was hard for her family and friends. Despite the difficult news, she had lots of support from those around her to continue fighting.

“Honestly, it was so hard for them that I felt compelled to be strong for everyone else,” Bernotus said. “In hindsight, it was the best course of action since it helped me maintain a positive outlook.”

Bernotus states that her treatment is ongoing. She says every six months she has a general check-up with both an endocrinologist and an oncologist.

“One of the biggest things that people don’t really talk about with cancer is all the maintenance afterwards,” Bernotus said. “It’s a lot of work to make sure my body and mind is doing well throughout all of these troubles.”

“Even after everything, having a positive outlook and a strong support system has been incredibly helpful,” Bernotus said. “If there’s something I learned from all of this, it is that you don’t realize how many people care about you until something like this happens. I am so fortune to have all of them comforting me during these times.”