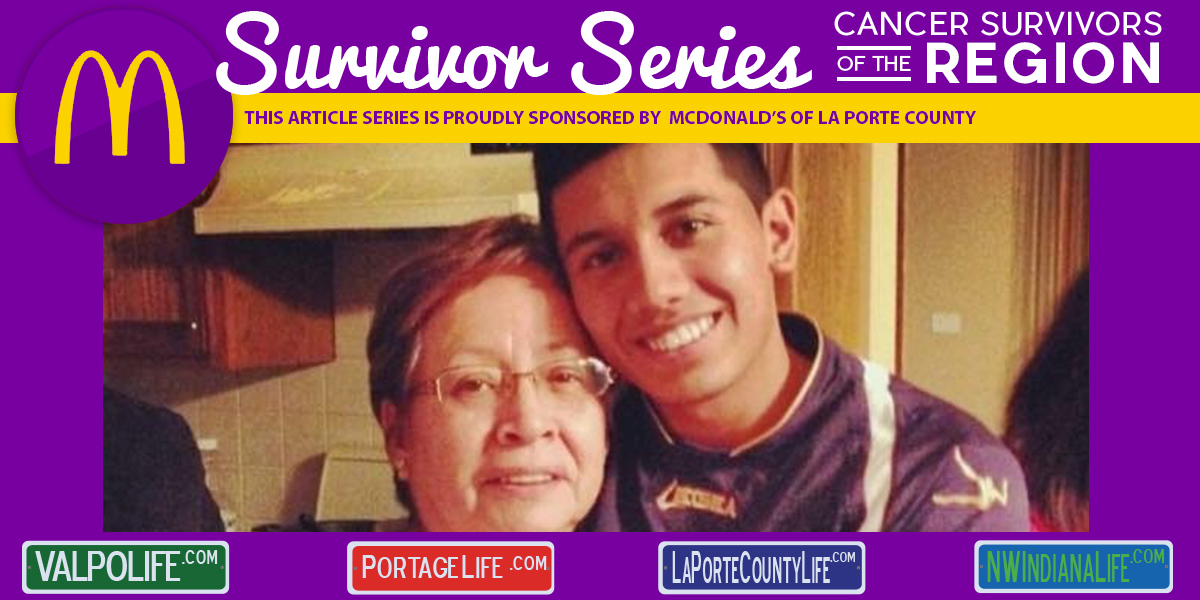 Everyone knows someone who is struggling or has struggled with cancer. Whether a friend, family member, or co-worker, cancer always hits close to home. Margaret Vanna, 69, is not only a survivor of kidney cancer, but also the grandma of one of our Lifers, Justin Luna.

In 2007 Vanna, a resident of Chicago, Illinois, began having symptoms that were indicative of a basic stomach bug. However, after being convinced to see a doctor by the neurologist that she worked for at the time, Vanna was diagnosed with kidney cancer.

The process consisted of multiple tests, CT scans, and ultrasounds. To avoid removing the whole kidney, doctors recommended a laser procedure. However, medical procedures can have varying effects on different people. For Vanna, upon completion of the surgery in December 2008, things got quite a bit more difficult.

“First, they did a laser technique. I was reluctant but they all said it was faster, easier. That didn’t work very well,” Vanna explained. “I had three different bags that needed to be changed. I had to go to Northwestern every three weeks because the bags and the piping had to be changed so there would be no infection.”

This altered Vanna’s daily life drastically. Because of all of the necessary doctors appointments, Vanna had to take a break from work. Her mom and sister spent a lot of time helping and caring for her, but Vanna still wanted to reclaim her independence.

“I couldn’t do anything, just the doctor and back. To me, it wasn’t a way to live and function from day to day,” said Vanna. “So that’s when I went back and told them, what are the other alternatives? I don’t want to live like this.”

In 2009, Vanna underwent a full kidney removal that eliminated the cancer for good. Frequent tests, scans, and doctors appointments were still the norm; however, Vanna said that her recovery time picked up rapidly. It was the recovery Vanna had been looking for.

This period after the surgery still left Vanna itching to be active in her work and family life again. Luckily, her boss offered her a way to find purpose once more.

“The doctor I worked for, she came to my home to visit me. She gave me things to set up for work because I managed her office and that actually helped,” said Vanna. “She was very good to me.”

Through the support of her family and friends, Vanna overcame kidney cancer and has been in remission ever since. Now, while retired, she is back at doing what she does best - caring for others. Her sister is currently battling both colon and kidney cancer and her husband faces diabetes. Because of her own experience with kidney cancer, she knows just what they need.

“Always get more than two opinions when you’re battling cancer,” Vanna encouraged. “You have to really go with how you feel. I say read more on it: your results, what’s going to happen to you.”

In this way, patients undergoing serious invasive medical procedures can maintain a personal independence which Vanna so fiercely embodies. Like Vanna, cancer patients can harness the power they posses and get one step closer to being cancer-free.