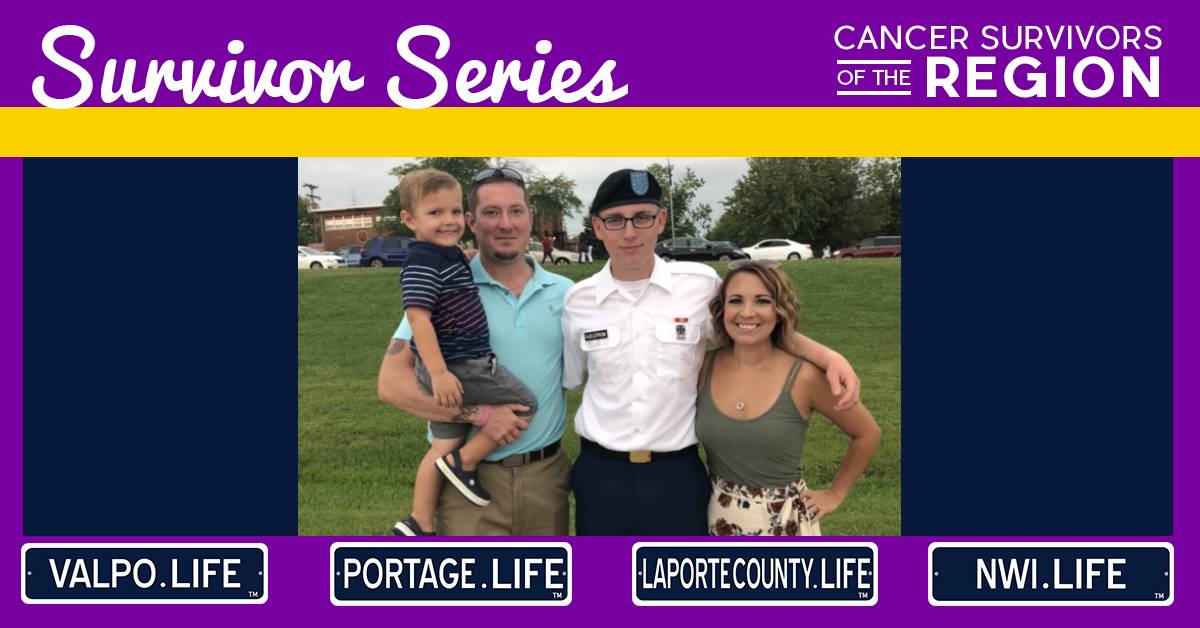 While the natural response to a cancer diagnosis usually consists of shock or panic, Jodi Dawson was not surprised. When Dawson found a lump on the side of her throat, she knew something was wrong. She said she had a few weeks to come to terms with it before officially receiving her thyroid cancer diagnosis in October 2015.

“Of course it’s a scary thing when you hear it, but thyroid cancer has such a good survival rate,” Dawson said. “I wasn’t really that terrified. I tried to look at it more as just having another surgery. Positive vibes are the best vibes, so keep your head up.”

In the same month of her diagnosis, Dawson had surgery in Indianapolis that she describes as invasive due to her cancer having spread to the lymph nodes in her neck. After her surgery, they ran a few scans to see if there was any residual thyroid tissue and gave her a dose of radioactive iodine.

During her surgery recovery process, Dawson had to be isolated for 10 days. Because she had a young son at the time, she decided to stay in her mother’s basement for two weeks. Now that she has experienced a lengthy quarantine along with much of the nation, she looks back on her period of post-surgery isolation with humor.

“Looking back at it now, it definitely doesn’t seem that bad, but at the time, it was horrible,” Dawson said.

After her two weeks of isolation, she got more scans and endured a few months of recovery. Once she regained enough strength and health, she traveled to Chicago to receive a radioactive iodine treatment in February 2016. She got back to feeling more like her normal self by March. While doctors can still detect some type of thyroid tissue in her lymph nodes that Dawson must have regularly monitored, she is happy to be done with her recovery process.

She is grateful for her mother who would come over to clean, her husband who stayed home for a few weeks to take care of her and their young son, and friends who brought over food during her recovery. She also noted her appreciation for her co-workers from the salon she works at as a hairstylist who did a fundraiser for her.

“After going through that experience, the bonds that you keep with friends and family are stronger,” she said.

Dawson enjoys hanging out with her husband, son, stepson, family, and friends in her spare time. She said that summer is her season, and she enjoys socializing through patio parties, grilling, and swimming. She also enjoys spending time with her three dogs named Dusty, Morgan, and Roxie.

For others who have been diagnosed with cancer, Dawson encourages them to check out all the resources they can and get connected with different cancer groups on social media. She recommends that those with thyroid cancer check out http://thyca.org/. For any type of cancer, Dawson believes that a positive attitude is crucial to recovery.