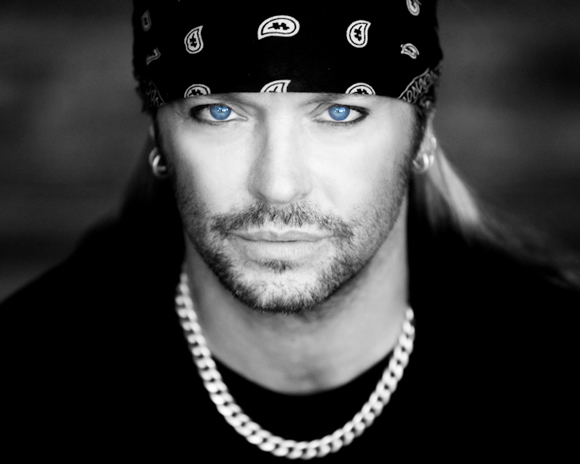 Legendary rocker Bret Michaels brings rock hits and hot ballads to Blue Chip on Saturday, May 23 at 8 pm in his True Grit Tour live from the Stardust Event Center.

Tickets, priced from $40 to $75, go on sale on Saturday, April 11 and can be purchased by credit card at Ticketmaster.com or in person at The Gift Box in the Blue Chip Casino pavilion. Guests must be 21 or older, with a valid state or government issued photo ID. As front man for the gritty and glam 80s rock band Poison, Bret Michaels has sold 30 million albums worldwide, with 10 singles hitting the Billboard Hot 100.

The multi-platinum-selling rocker’s 25 years with Poison have produced eight studio and four live albums, with hits including “Talk Dirty to Me,” “Something to Believe in,” and “Nothing But a Good Time,” and the #1 “Every Rose Has Its Thorn.” Michaels has since branched out with a chart-topping solo career, with his album, “Jammin’ With Friends,” released in 2013 and his single, “A Beautiful Soul,” released last year.

Equally successful for Michaels is his reality TV career, which includes “Rock of Love,” one of the most popular shows in VH1 history; a VH1 docu-series in 2010 called “Bret Michaels: Life As I Know It,” and Donald Trump’s series on NBC, “Celebrity Apprentice.” On “Apprentice,” Michaels, a lifelong diabetic, went head-to-head with top business-minded celebrities, donating his $250,000 prize to diabetes research and becoming an American Diabetes Association spokesperson. His Life Rocks Foundation benefits a number of charitable causes, including childhood cancer, diabetes, military support and pets.

Blue Chip is also featuring the chance to win a VIP Weekend with Bret Michaels. The prize includes two front row seats, an overnight hotel stay on May 23 and dinner for two at any Blue Chip venue. Enter between April 11 and May 11; the winner will be notified by email on May 13. Contest entries are limited to one per person and one entry per email address; entrants must be 21 years of age or older.