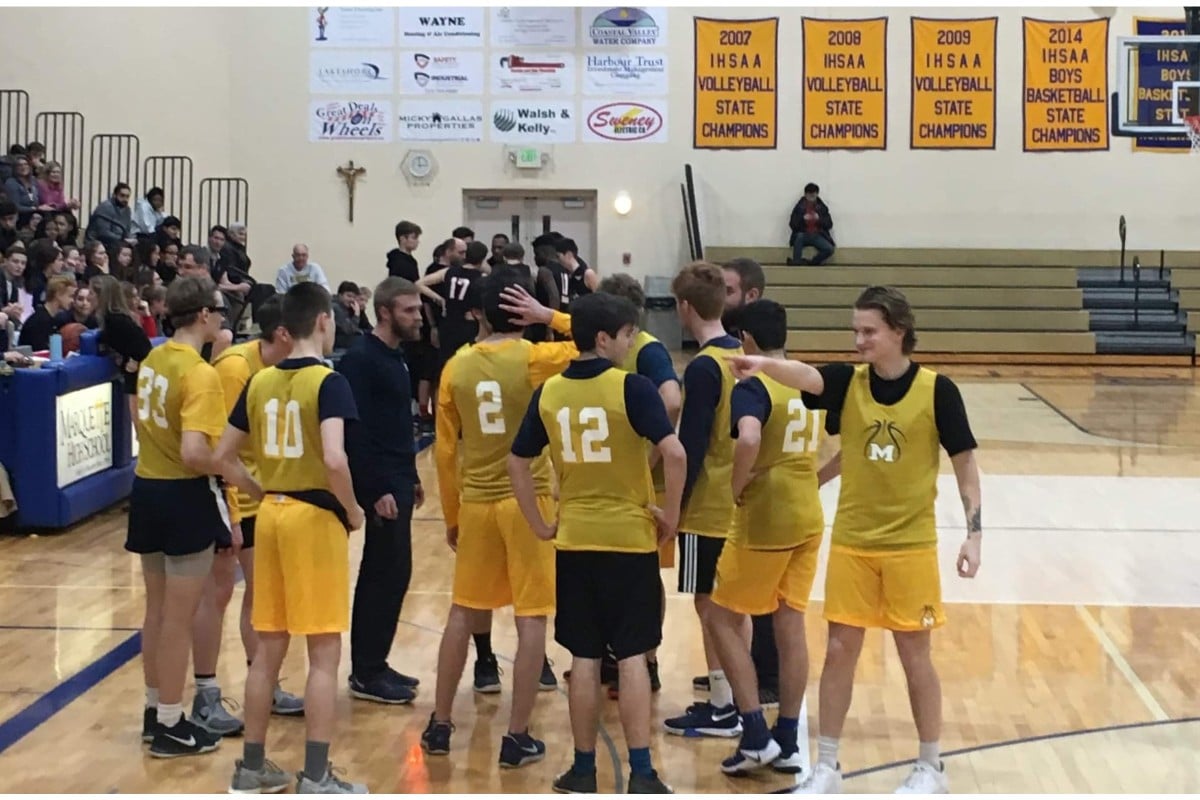 With the end of winter in sight, this means one thing for MQTT: the state tournament for basketball. The Blazers are focused on success, ready to take on any team.

“As the season moves forward, our goal is to win sectionals and to keep the streak alive,” said team member Jake Tarnow. “I believe that we can do it if we play our style of basketball and as a team. After sectionals we just want to play as well as we can to move on to the next game, one at a time.”

This year is a special one for many players, as it is their last year on the high school court. There are seven seniors on the team. Colin Kenney is one, and he is optimistic for their postseason because of all the team’s hard work.

“My favorite part about Marquette basketball is the bond you create with your teammates that lasts off the court as well,” Kenney said.

“I’ve met so many people here and made so many friends that will always be a part of my life,” he said.

Tarnow has enjoyed his time at MQTT and appreciates all the school has provided for him. Senior night for the Blazers is February 22. 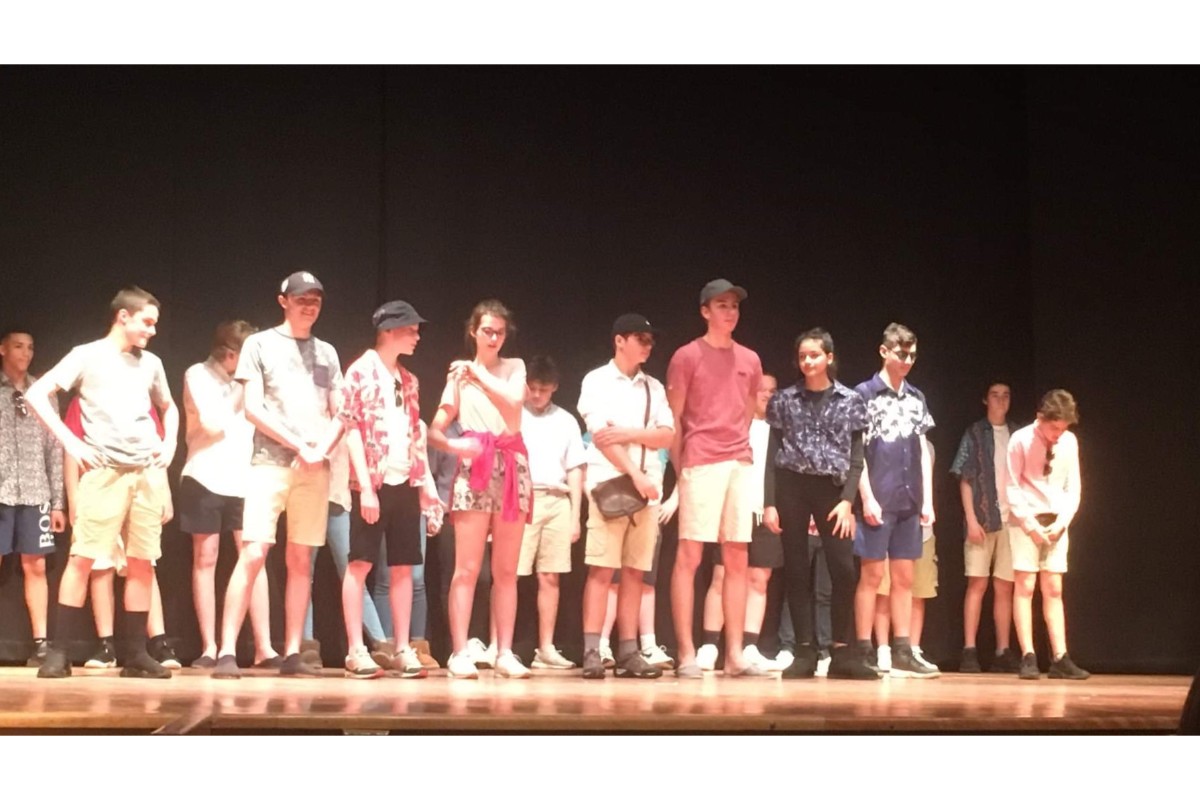 While snow forced the cancellation of most of Catholic Schools Week at Marquette, the show went on February 4.

Students from Saint-Denis International School in Loches, France, one of Marquette’s partner schools, came to visit. Each year, students from MQTT have the opportunity to go to Saint-Denis for a month or a semester. In exchange, Saint-Denis students can come to MQTT. Presently, six French students are staying with MQTT families.

A group of French students performed the musical “Mamma Mia!” for Marquette students. The school got a taste of both cultures as the dialogue was performed in French and the songs were sung in English. The actors made wonderful entertainers, and students and staff enjoyed the show.

Afterward, students traveled across the street to the gymnasium and watched the Saint-Denis boys basketball team take on MQTT students. The game was heated, ending in a tie.

“My favorite part was the introductions. It got me pumped and had me ready for the game,” said MQTT participant Liam Monroe.

When asked if he would travel to France to showcase his basketball skills, he said, “I would totally love to, but I am in no way talented or conditioned enough to do so!”

Thanks for an amazing day, Saint-Denis!

Many students at MQTT can attest to the impact Mrs. Karen Breen has had on their life. She has taught for 41 years, 12 as a principal while also teaching English. In her 9th year at MQTT, she teaches English 9 and creative writing.

Her favorite part of teaching is building relationships with students.

“I love to see students’ eyes light up when they get something. I thrive on being a small part in making this world a better place,” Breen said.

“My teaching philosophy is to meet the needs of the individual students, to make sure that each student is recognized daily, and to build success so that every student can succeed at the next level,” she revealed.

Breen’s students are her inspiration; she loves hearing stories and memories from former students.

“It is inspiring to know that you can make a difference in someone’s life. I am truly blessed.”

A fun fact about Breen is that she has only attended and taught in Catholic schools. Her favorite part of teaching in a Catholic school: “At any moment in my teaching day I can talk about God.”

When she is not in the classroom, she enjoys spending time with her grandchildren and reading.

Imran Khan is a proud member of the MQTT Blazers basketball team. He plays point guard, and his favorite part of the sport is competing against others. Khan is a freshman, and his goal this season was to play JV, which he accomplished.

His inspiration comes from the upperclassman on the team, including Colin Kenney.

“[Kenney] works hard whenever he is in the gym and strives to be better while having fun and doing well in school,” Khan said.

Throughout his first year at MQTT, his favorite aspect has been all the friends he has made while at school. Outside of the court and classroom, he plays soccer for fun and is in an RCIA class to become a confirmed Catholic. Finish the season strong, Imran!