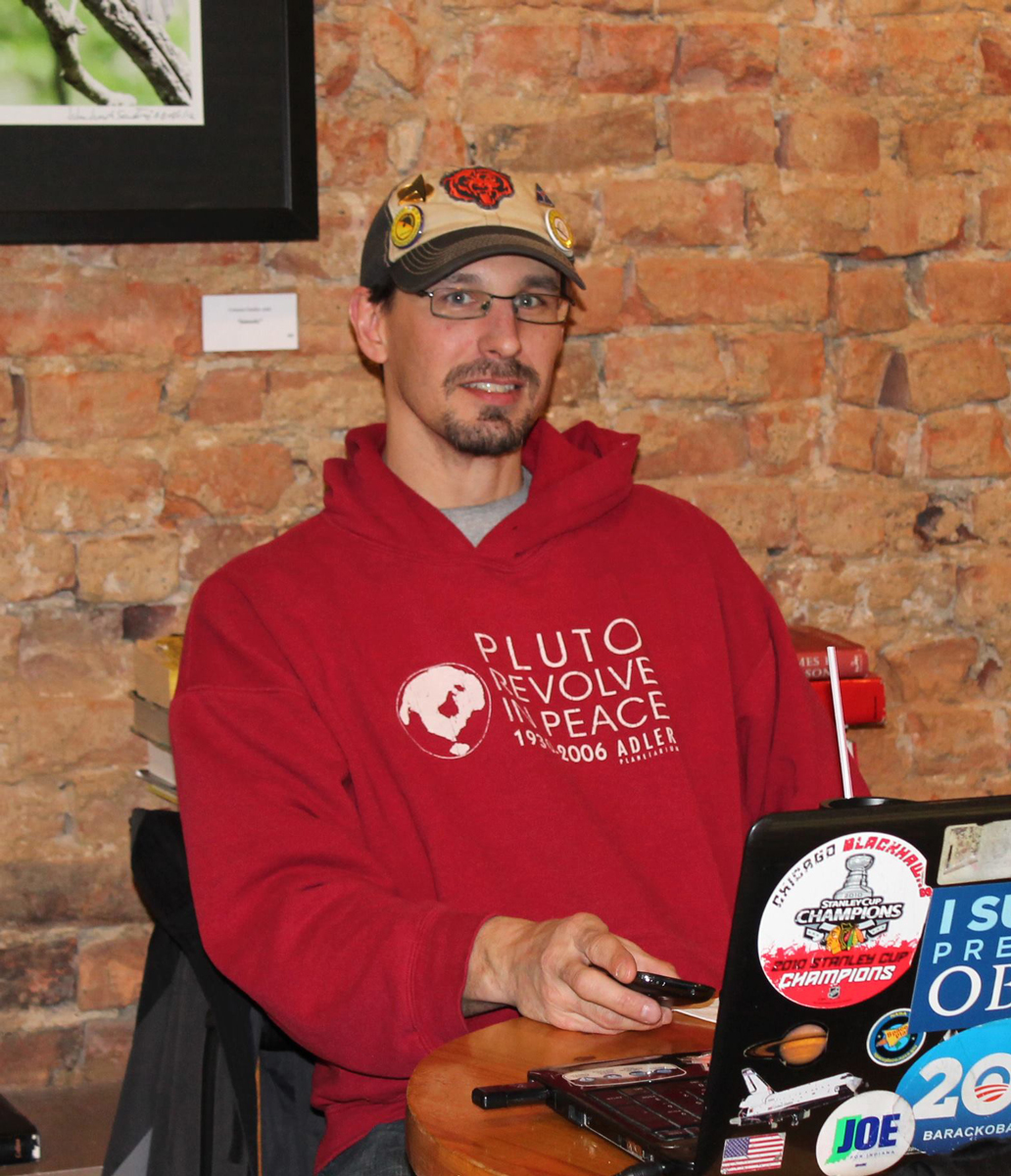 When the night's too cold or too overcast for star gazing, you can find Paulie Christman hanging out in Blackbird Cafe. His computer is covered with political stickers, but his real passion is astronomy.

Join him for a peanut butter cookie and a cup of hazelnut coffee, and he'll tell you about some of the amazing things he's seen in the sky- like the transit of Venus, or circumzenithal arcs, for instance. Most of us don't notice them, but Paulie sees them regularly. "I just watch the sky...it's always changing."

Which explains his choice of superpowers. "I would like the ability to see through clouds. Too many times, there's something cool going on up there."

Thanks for being such a loyal customer and this week's Blackbird Bio, Paulie!