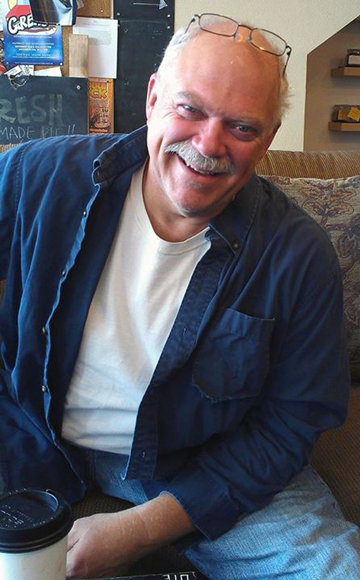 Jake comes into Blackbird every morning for coffee before hurrying off to his exciting job selling antiques. He specializes in mid-century and Danish modern furniture along with any oddities that interest him.

Jake's favorite Blackbird item is coffee, but he says that the sandwiches are a close second. He especially enjoys the "Sandberg" and "Big Jake" sandwiches, one of which was named for him.

Though he cheers for the Bears, Jake believes that the Packers will win the game tonight.

If Jake had a superpower, he would render Jesse Harper speechless for one day.

Thanks for your loyalty Jake!