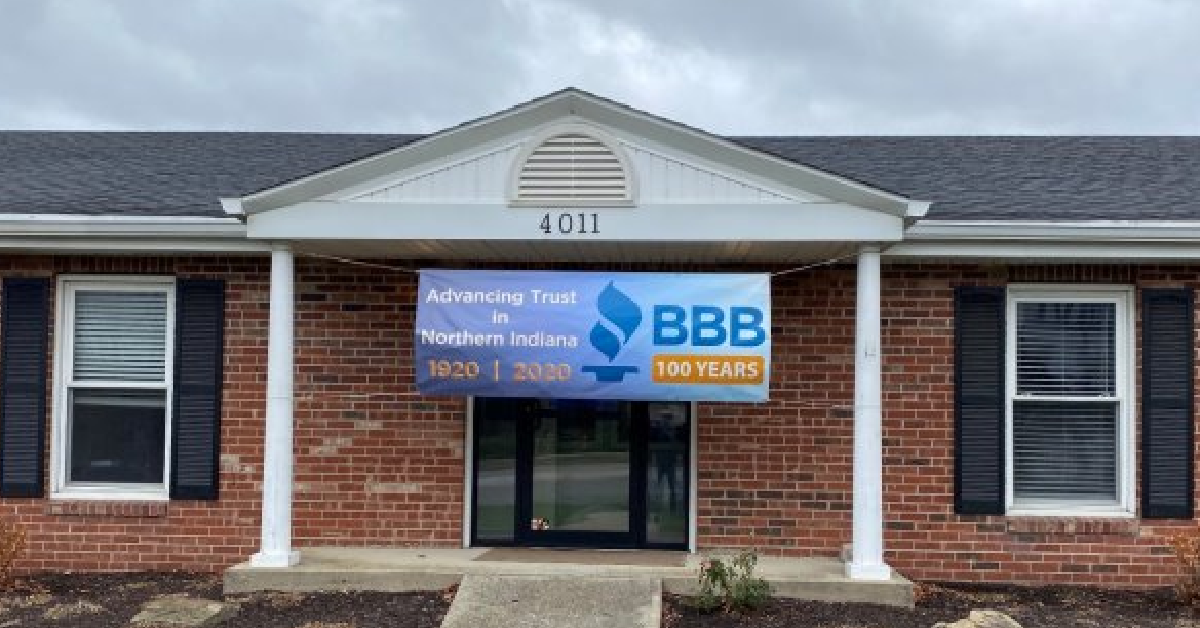 The Better Business Bureau serving Northern Indiana will kick off its 100th anniversary celebration on Dec. 3, exactly 100 years from the date of its first board meeting, held at the Chamber of Commerce in Fort Wayne, Indiana on Dec. 3, 1920, at 6 p.m.

Twelve businesses were approved for BBB membership at the first meeting in 1920, including Lehman Shoe Co., Wayne Hardware Co, and the Warriner Manufacturing Company.

Throughout the last century BBB has become an internationally recognized champion for trust, and the torch has become a symbol people believe in. But BBB has humble beginnings in the early 1900s when advertising had very few limitations and many unscrupulous sellers permeated the market. Legitimate businesses in the community faced a crossroads: how could they protect their own credibility before it was destroyed by less-reputable charlatans promoting miracle cures, tonics and creams? Self-policing Vigilance Committees were formed by local ad clubs (today’s American Advertising Federation). These Committees were devoted full-time to eliminating abuses and creating advertising codes and standards and quickly spun off into independent Better Business Bureaus.

“Over the past 100 years, BBB has grown substantially, encompassing a 23-county service area across northern Indiana and accrediting more than 3,700 businesses annually," said Marjorie Stephens, President and CEO of BBB Serving Northern Indiana. “But the core mission remains the same – to help consumers find trustworthy businesses.”

BBB recently unveiled its Centennial banner outside the office building, located at 4011 Parnell Ave., Fort Wayne. Members of the media are welcome to drop by and view it, but all media interviews/requests will be via Zoom, due to the pandemic.