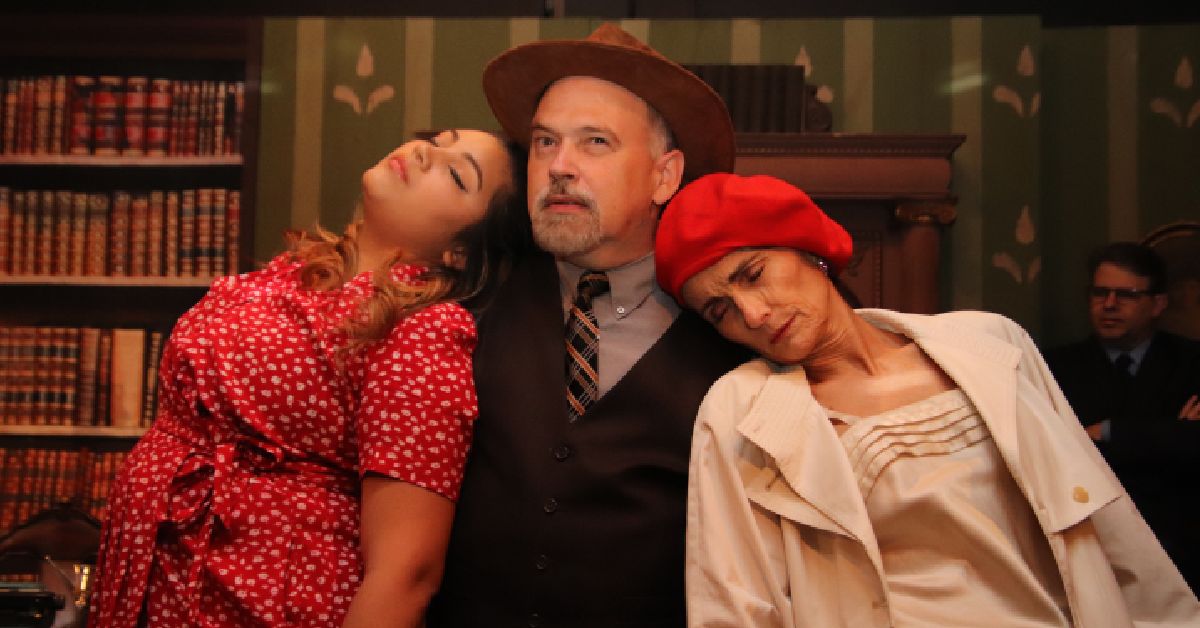 Beatniks on Conkey, a performing arts theater located in Hammond, Indiana, presents the mystery/comedy production of “Done to Death," a play by Fred Carmichael and directed by Aaron and Julie Breford.

Bonnie Johnson, manager and co-owner of Beatniks, has been running the theater with her husband, Rip Johnson, for almost 15 years.

“We have something going on almost every month,” Bonnie Johnson said. “We put on probably six plays a year. Every other month, there will be some play, and between there, we’ll have a variety or improv show.”

Bonnie Johnson hopes to continue to make an impact in the community through the arts.

“The arts impact everyone,” she said. “It’s nice to bring people together. Theater is such a tight-knit group, and once you’ve been in a show with somebody, they’re friends for life.”

Aaron and Julie Breford, of Schererville, have been married for about 28 years and have had a passion for theater for as long as they can remember. Using this passion, they have collaborated on a few theater programs, their newest one being “Done to Death."

“Done to Death” is a fun murder-mystery that takes place in the late '60s to early '70s. With its colorful cast of characters, this play is sure to keep the audience on the edge of their seats throughout the entirety of the performance.

“The concept is that a group of famous authors, mystery writers, have been called together by a television studio to write a new TV series,” Aaron Breford said. “They find out quickly that their styles don’t really match, so they conflict with each other.”

“It’s the month of Halloween,” Julie Breford said. “It’s something to do on a Friday or Saturday night.”

Northwest Indiana Excellence and Theater Foundation (NIETF) is a community of theater organizations in the Region. Through NIETF, people can learn about upcoming local shows as well as auditions and classes.

“Northwest Indiana Excellence and Theater Foundation is a great place for people that are interested in possibly doing theater,” Aaron Breford said. “People can go and see all of the community theaters in both Lake and Porter County.”

Cari Ann Labok, from Highland, is an actress in “Done to Death." Labok did theater in high school before taking a break, but she eventually took to the stage again.

“I got back into acting about 10 years ago,” Labok said. “I got into actual acting by writing, directing and producing my own play and then after that, I started getting roles at Beatniks, which is now my favorite theater.”

Labok’s passion for performing comes from seeing the engagement of the audience and has shared some advice for aspiring actors.

“I’ve always loved performing and making people laugh specifically,” Labok said. ”Get out there and audition. Even if you don’t get cast for something, it’s not a testament to your acting ability as much as there are some roles that are right for you and some that aren’t.”

If you are looking for a night of family fun, look no further, come out to Beatniks in Hammond this weekend and next to see the mystery/comedy, “Done to Death."

For more information about the Northwest Indiana Excellence and Theater Foundation, visit www.nietf.org