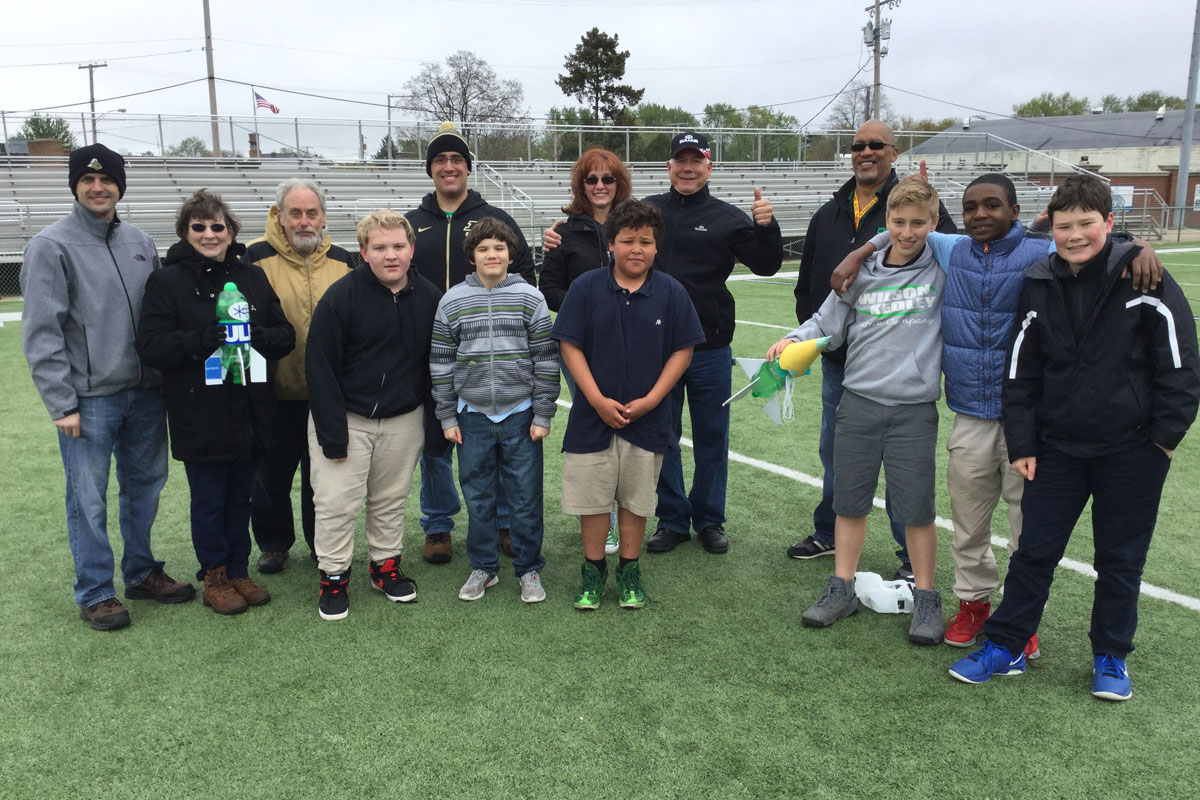 Rockets were constructed of empty two-liter bottles, partially filled with water; they were launched with compressed air at 60 psi. Many of the designs had fins, nose cones, and parachutes. The very cold, blustery weather was an added challenge!

Coordinator of the entire event was Barker Curriculum Coach Amy Hamann. All students from Barker Middle School, along with fifth and/or sixth graders from several MCAS elementary schools, were on hand. The American Legion presented the colors as the Barker chorus sang the National Anthem to begin the festivities. Halftime featured a mascot dance, a precision drill by the JROTC rifle squad, and Captain Ed and his t-shirt cannon.

Flight of the day was the Michigan City Fire Dept in the prelims, with a hang time of 13.56 seconds before it disappeared over the top of the press box!

This spring, Barker Middle School became one of only 32 STEM schools certified by the Indiana Department of Education (MCAS's Lake Hills Elementary earned STEM certification in 2015).