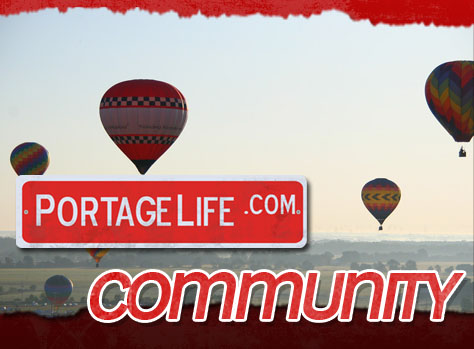 Just in time for the fall season of ghost stories, Janet Zenke Edwards, author of Diana of the Dunes: The True Story of Alice Gray, will speak at the monthly meeting of the Portage Historical Society at 7 p.m. on Tuesday, Oct. 15 at Hickory Hollow Room at Woodland Park in Portage. Edwards will share facts behind the legendary story of Alice Gray, who became known as “Diana of the Dunes,” one of Northwest Indiana’s favorite folklore characters and subject of a popular local ghost story.

Edwards, a summer resident of Porter Beach, Ind., spent 10 years researching the book, which documents Gray’s life in the early 20th-century from her Chicago childhood to her years as a Phi Beta Kappa student at the University of Chicago, and finally, to the last decade of her life spent living in the remote sand dunes along Lake Michigan’s Indiana shore.

Admission is free and open to the public. Bring the stories you heard about Diana of the Dunes while growing up in the region and share them with the group during the question-and-answer period! Copies of the book, Diana of the Dunes: The True Story of Alice Gray, will be available for purchase.