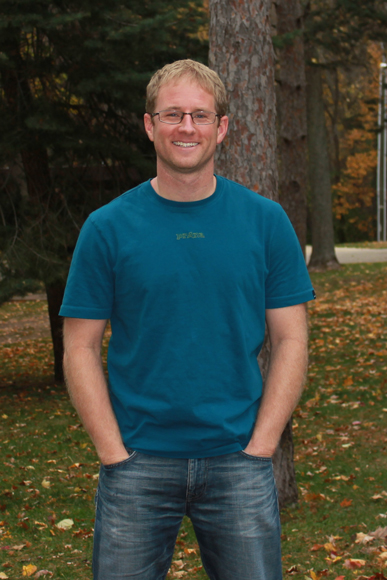 Author and self-described traveler, Kelsey Timmerman visited La Lumiere campus to ask the question, “Where are you wearing?” When Timmerman wanted to know more about where his clothes came from and who made them, he began a journey that would take him from Honduras to Bangladesh to Cambodia to China and back again.

It all started in 2005 when Timmerman went to Honduras to visit the factory that manufactured his favorite t-shirt – an orange t-shirt featuring the character Tattoo from the hit TV show Fantasy Island. Timmerman was on a quest to determine if third-world country factory workers were being given opportunities or simply being exploited.

Activists tend to damn the garment industry while some economists refer to it as a ladder helping people out of poverty and empowering women. It isn’t that simple.

Through stunning true stories, Timmerman shared with the students the reality of the workers’ lives. Life is harsh, but they are glad to have jobs, even if they only receive $50 a month. They don’t want you to boycott their products to protest their working conditions, but they would like to work less and get paid more.

What can you do? Think globally and act locally. Be an informed consumer; look for products that are manufactured by companies that pay a living wage.