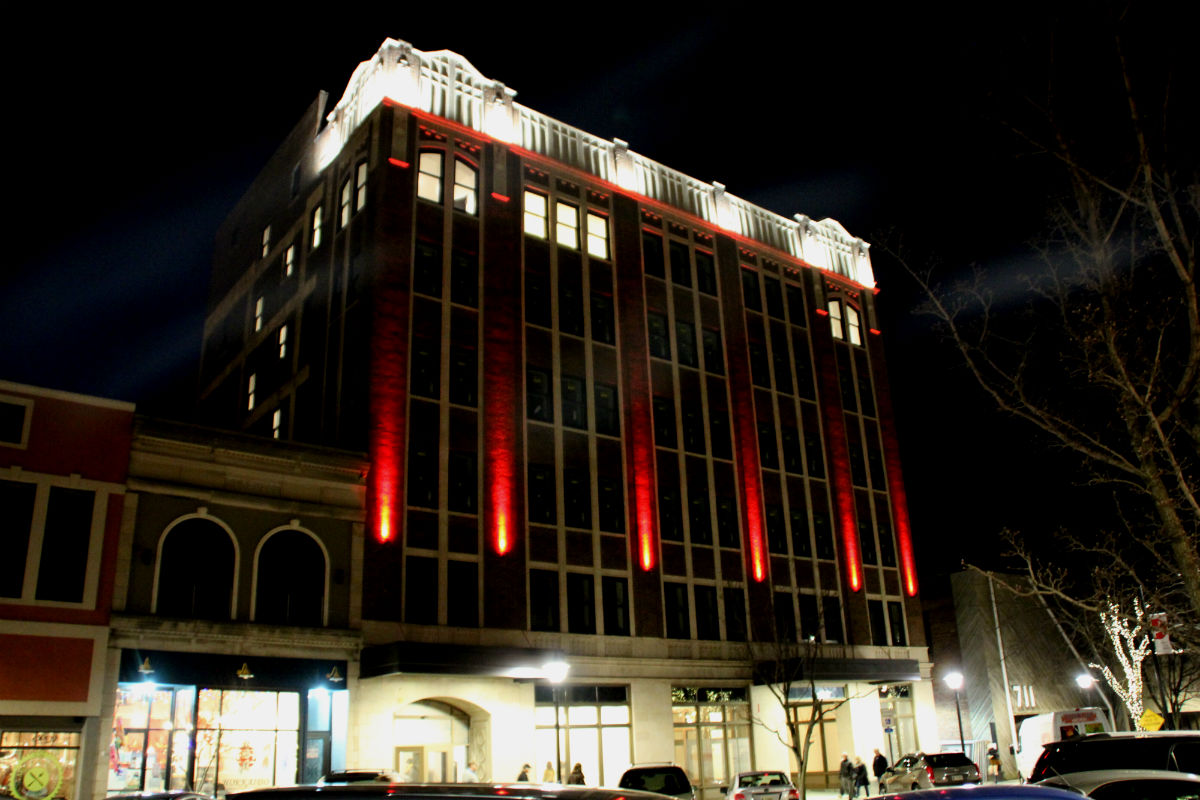 The new Artspace Uptown Artist Lofts in downtown Michigan City opened their doors on Thursday evening for viewing, refreshments and self-guided tours. This was the first look at the splendidly remodeled Warren Building that was previously vacant for 25 years.

Artspace, Where Artists Live And Work, features 44 new affordable live/work units ranging from studio to two bedrooms for artists and their families. The historic terrazzo floors, high ceilings and large windows and was built using strict green building standards. The building features a resident-run gallery, kitchen and multi-purpose room as well as a Resident Lounge and off street parking.

“Our contractor, Tonn and Blank, has done a fabulous job,” said Sarah White, from Artspace based in Minneapolis, Minnesota. “We’re celebrating the near completion of the construction of the Artspace Uptown Artist Lofts. You can really see the quality of the finished job. We really want to get the word out that we are accepting applications from artists who are considering making Michigan City their home. We’re really excited to show not only interested applicants but also the community. This is such an iconic building in Michigan City so we want to show them the work that has gone into transforming the Warren Building to Artspace.”

Michigan City’s City Controller, Richard Murphy has been working on the project in one way or another for eight years. He spoke about the work that’s gone into making this project happen as well as the buildings attachment to the public.

“Former principal and Chamber of Commerce President, and now President of the City Council, Tim Bietry, heard of Artspace and made a call to Teri Deaver and invited Artspace to Michigan City,” said Murphy. “They came and did the first step which was the ‘artist survey’ and that was a survey that looks to see if there are artists in a certain geographic area. We passed that Litmus test and surpassed the goal.”

“At that point it became a funding for federal tax credits which during the first two years we didn’t get and the third year we did,” Murphy said. “Keeping the community and the political support behind the project took some heavy lifting after not getting the support for two years and getting it during the third. At the same time our downtown was coming back so this was like a catalytic project and we’re starting to see rewards in terms of new retail and new restaurants coming in. The other thing I don’t want to miss is the relationship with the public because for six decades the Warren Building was a building for the public. It was a Montgomery Ward, a City Hall, there was a pub in the basement and there were dentists and doctors offices so there was a real relationship with the public. To have the building be vacant for 25 years and then come back online has a huge impact.”

The attractive unit on display featured furnishings from Habitat For Humanity's ReStore as a way to showcase to artists the affordable, recycled, quality materials they offer.

The term ‘Artist’ is defined broadly but for the purpose of the committee selecting tenants it refers to a person who has a commitment to the arts not simply as a hobby. However, this doesn’t mean that the artists work generates any or all of the artist’s income. Those applying for housing must complete an application and Artistic Questionnaire to be judged by the artistic selection committee.

For questions regarding the process of leasing a unit Property Manager, Catherine MacDonald, can be reached at CMacDonald@hayes-gibsonint.com.

To find out more, and to get a pre-application and application instructions, go to: http://www.artspace.org/our-places/artspace-uptown-artist-lofts.