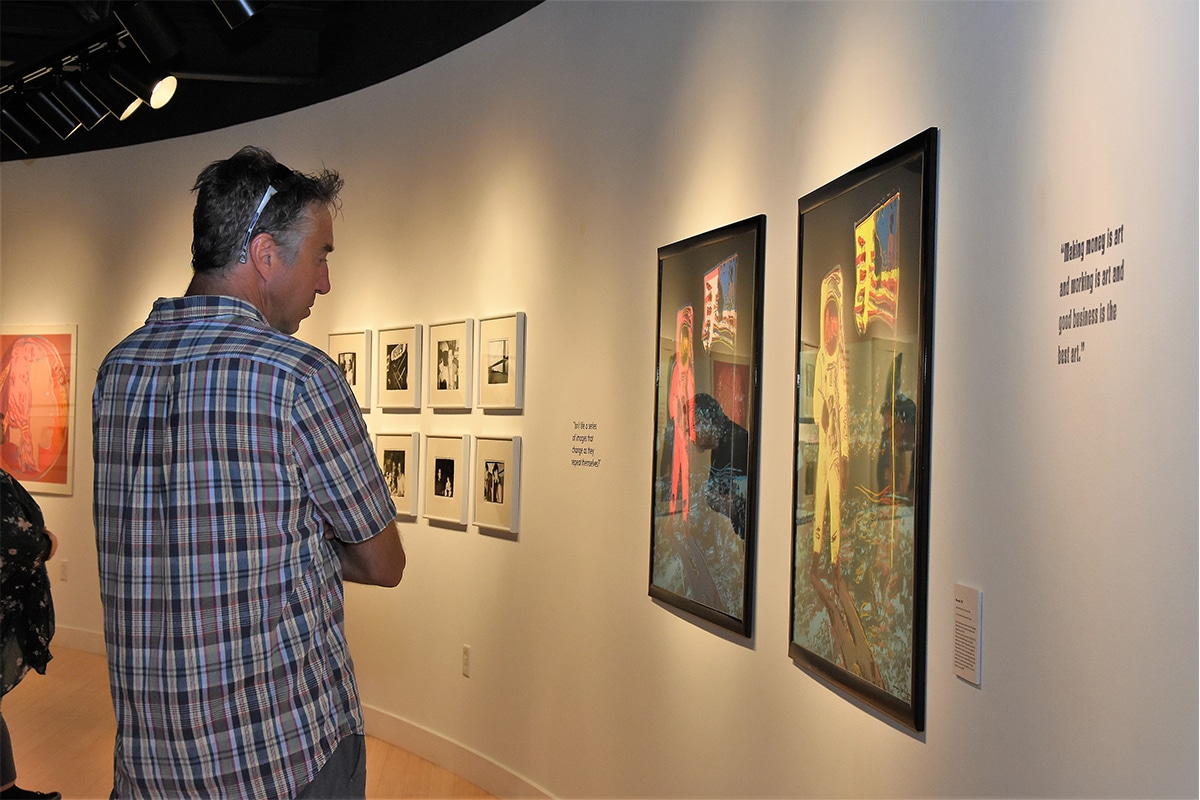 On Wednesday, May 8, 2019 from 6 to 8 p.m., Lubeznik Center for the Arts (LCA) will present its 2nd Annual Curatorial Roundtable. A panel of established and emerging art curators will exchange ideas about the role of the curator in this public, moderated discussion. All are welcome to observe the roundtable discussion and explore LCA’s exhibitions.

“The curator’s job is challenging. Curators have to make decisions to include or exclude artworks, balancing the relevant, the political, the historical, the beautiful and the conceptual, and still remain engaging for a wide variety of audiences. We hope that LCA’s roundtable will provide insights into the curatorial process, spark meaningful conversation about the arts, and highlight the cultural richness in our region,” says Janet Bloch, LCA’s Executive Director.

Michigan City resident Amanda Freymann will return as the panel moderator. Ms. Freymann is a partner at Glue + Paper Workshop, a book packaging company specializing in the design and production of museum publications. The company has produced books for institutions such as The Metropolitan Museum of Art and the Smart Museum at the University of Chicago. Joining Ms. Freymann are four curators who will speak to their wide-ranging work and workplaces.

Curator, artist and lecturer Brian Byrn has a long-standing association with the Midwest Museum of American Art in Elkhart, Indiana. Serving as Curator of Exhibitions & Education since 1981, Byrn was named Director/Curator in 2017. During his 38-year tenure, Byrn has mounted over 350 exhibitions of regional and national significance while assisting in the acquisition of a permanent collection which has grown to over 6,700 works. Recent projects include a 25th Anniversary publication/catalogue of works owned by the Midwest Museum of American Art and numerous educational materials for temporary exhibits.

Jessica Cochran, a Chicago-based independent curator, is making her return as a panelist. In 2013, Cochran was named a “curator to watch” by Chicago Magazine. She has curated exhibitions for numerous venues and groups, including the Contemporary Arts Council, School of the Art Institute of Chicago, The Franklin, What it Is, the MDW Fair and The Center for Book Arts in New York City. Academically and curatorially, her broad areas of interest include emerging art, the history and theory of curatorial practice, art world studies, artists’ books and social practice.

Juarez Hawkins is an interdisciplinary artist, educator and curator. A member of the Sapphire and Crystals collective, Hawkins teaches at Chicago State University, where she serves as Co-Curator of Gallery Programs and also serves as Curator for the 2019 Center Program, an artist residency program hosted by the Hyde Park Art Center. Recent curatorial projects at CSU include Black Clay: A Survey of African American Clay Artists and the current exhibition, Power: Voices and Visions. In 2017, she curated Bill Walker: Urban Griot at the Hyde Park Art Center. In the fall of 2018, she curated The Love Affair Continues at the DuSable Museum.

After 13 years of working at the Museum of Contemporary Art, Chicago, where she was Associate Curator, Tricia Van Eck left to focus on 6018North, now in its fifth year. At the MCA she presented over 70 exhibitions, many of which were audience-engaged, interactive, or extended the MCA’s reach into the community. She curated the MCA Chicago presentations of various traveling exhibitions such as Buckminster Fuller: Starting with the Universe along with numerous exhibitions of Chicago artists, including Mapping the Self and Kerry James Marshall: One True Thing, Meditations on Black Aesthetics and the series UBS 12 X 12: New Artists/New Work.