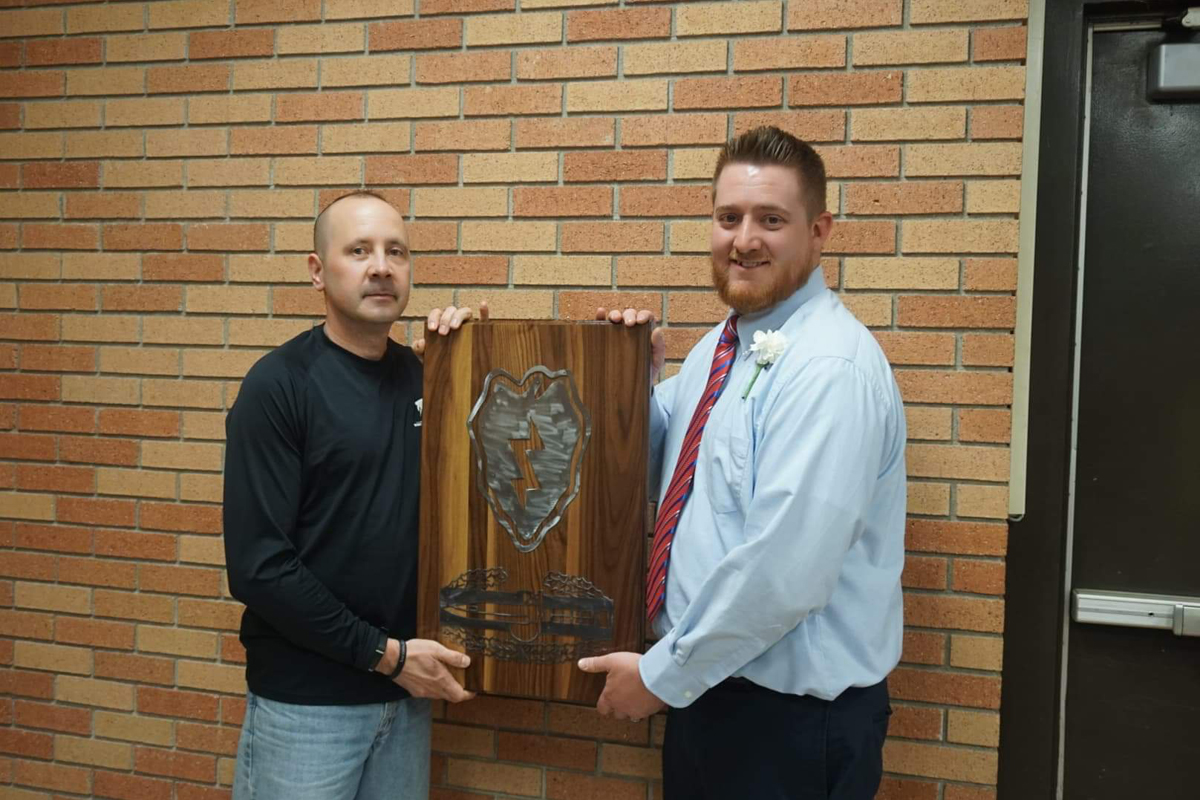 Staff and students from the LaPorte County Career and Technical Education program at the A. K. Smith Career Center in Michigan City honored an area veteran during their annual Technical Awards and Honor Society induction program on May 2 at the Elston Holdcraft Auditorium.

The veteran, Sean Smiertelny, is the step-father of an A. K. Smith student. He served in the Army for 18 years as a combat engineer. He was deployed in Iraq for 15 months, serving there beyond his original 6-month assignment.

Smiertelny was presented with a plaque commemorating his service. The wood used for the plaque was walnut and was donated by Ed and Matt Bruder of Bruder Custom Woodworking in LaCrosse and was finished by Dick Bucher, A. K. Smith Construction Technology instructor. 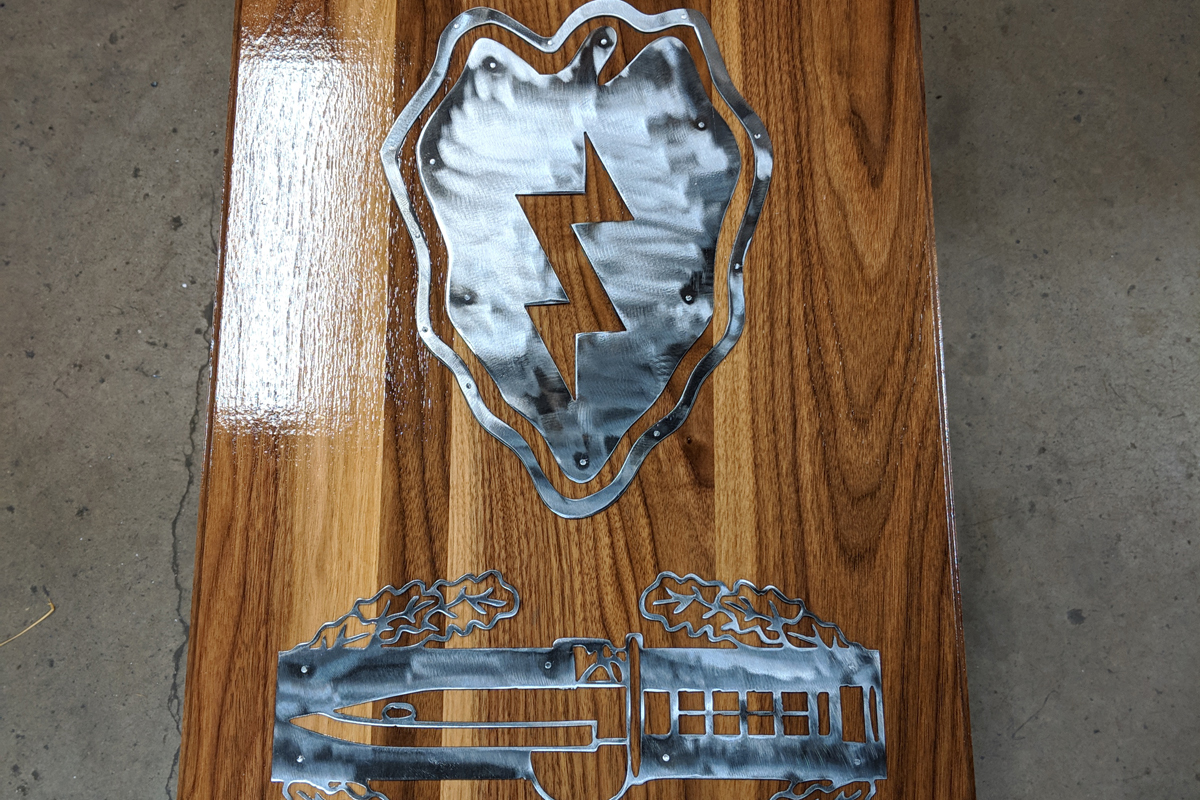 Metal cutouts featured on the plaque were created on a CNC plasma table in the Welding lab at A. K. Smith. The top cutout is the Army's 25th Infantry Division's patch, which signifies the combat patch that Smiertelny earned while serving under the division in a combat zone. The importance of this patch is that, when a soldier deploys to a combat zone for a minimum of 30 days they are now authorized to wear it on their right sleeve under the American flag that is on their right shoulder.

The bottom cutout depicts the Combat Action Badge, which Smiertelny was awarded during his deployment to Iraq. The badge is awarded to soldiers who are personally present and actively engaging or being engaged by the enemy and who perform satisfactorily in accordance with the prescribed rules of engagement. The badge features an M9 bayonet and M67 grenade with an oak wreath.