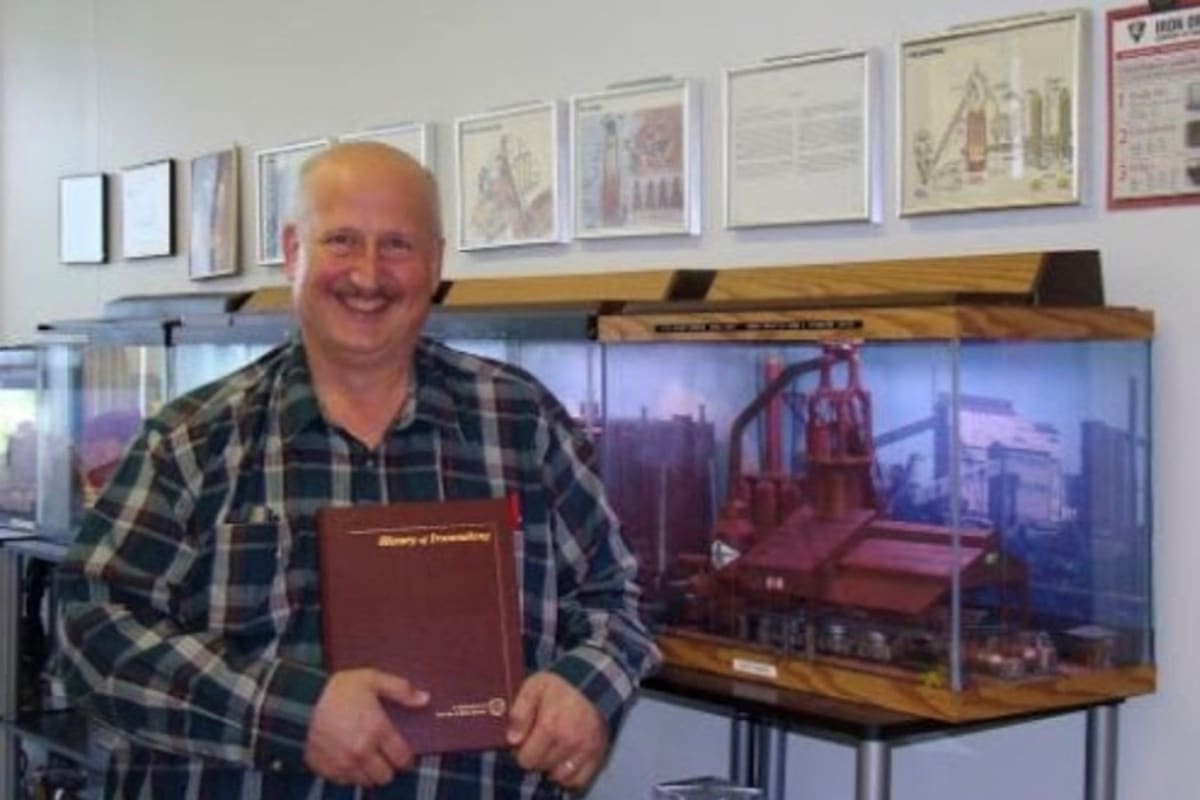 John Ricketts has been an ironmaker for 42 years, and loves the metal so much that he’s made it as much of a hobby as a career. The steel engineer and process specialist for ArcelorMittal’s Global Research and Development Center has traveled the world sharing the best of ironmaking practices globally. In the process, he has amassed a collection of iron artifacts and memorabilia that deserves a museum.

So he made one.

In a hallway inside the Global Research Center in East Chicago lives Ricketts' personal collection, spanning thousands of years of ironmaking history, all personally encased by him behind protective glass and containers.

“As I travel around the world doing technical support and training, I visit flea markets, antique shops, street markets - anywhere I can find things made of iron - and I buy and add them to the collection,’ Ricketts said.

Pieces up to 2,000 years old from the Roman Empire grace the walls, weaving iron’s story of global importance through the middle ages and then into modern day. From his travels to Africa, he brought back small iron rods that were carried on ropes and used as currency. A leather hat with a candle - once the gold standard for mining helmets - rests in stark contrast next to today’s electric-lamp helmet. Coins, weapons, spurs, cannonballs, lamps - the list goes on.

And then there are the models - dozens of intricate, realistic, and perfectly-crafted miniatures of the steel plants he has visited all over the world.

Ricketts grew up on the Southeast Side of Chicago in the shadow of the steel mills.

“My interest in making models started with my father, with a model railroad in the basement of our family home,” he said.

He combined his love of the steel industry with his interest in model-building in creating his own steel city, flanked by a Civil War-era blast furnace exhibit and models of today’s modern mills. He built them from scratch, using blueprints, drawings, and photographs of plants such as the hot strip mill, blast furnace, and coke plant, and others.

Ricketts’ passion for iron-making and engineering started when he was at the Illinois Institute of Technology, where he received his Bachelor of Science in Metallurgical Engineering in 1978. After toying with a career in teaching, he opted to pursue engineering instead. His mom inspired him to recognize the value of history, which helped solidify his roots in his iron-collecting hobby and steel work. The museum is his personal monument to an industry that has been very good to him.

“If you love your job, you never work a day in your life,” he said, citing the old adage. “The feedback [to the museum] has been very, very positive. When I’m here, I will give tours, and I really enjoy sharing it.”

The ArcelorMittal Global Research and Development Center in East Chicago where his museum lives celebrated its 50th anniversary in 2017. It is one of 12 such centers in the Americas and Europe that comprise the organization's research and development division.