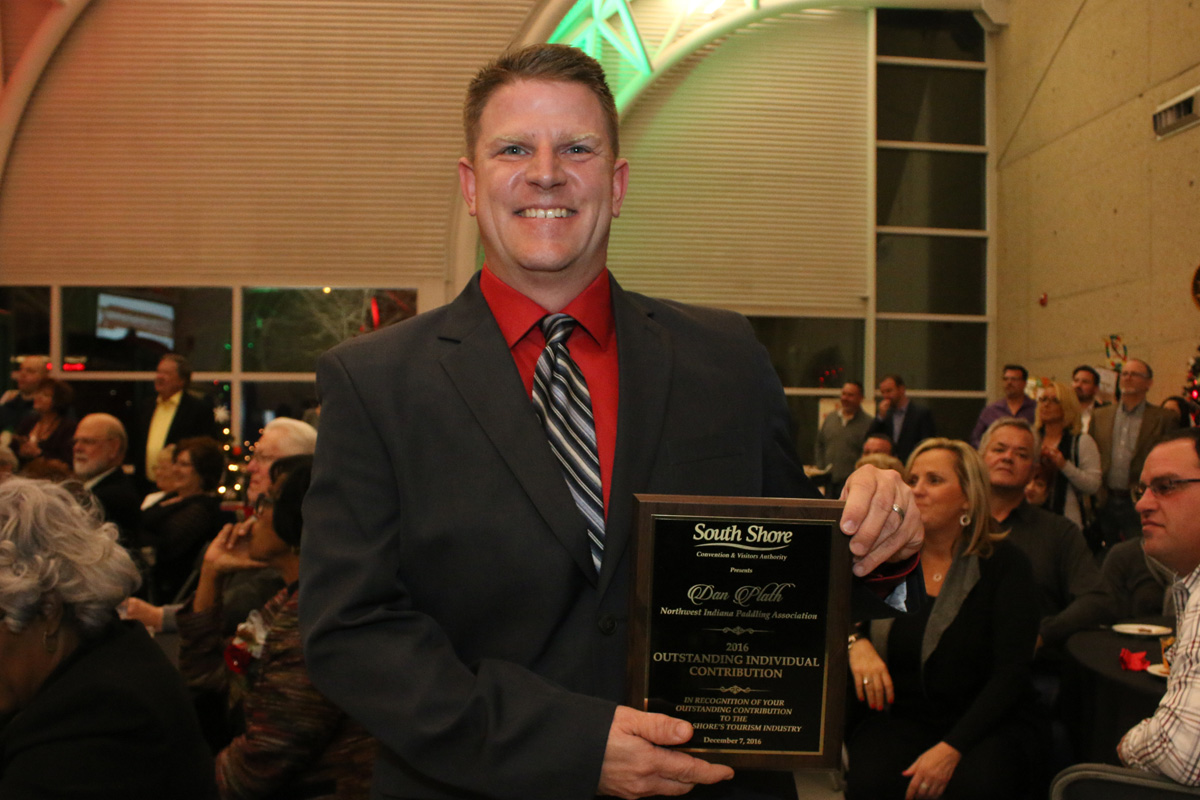 Dan Plath has found his dream job with the National Park Service. He spends his career protecting the natural Duneland landscape, his volunteer hours clearing its waterways, and his free time enjoying the unique features of each biome.

“I’ve always been very interested and invested in environmental issues,” says Plath. “I grew up on the lake, racing canoes and kayaks. I’ve seen the impact of man in our waterways. It made me passionate. I wanted a career, and to volunteer, in a way that would help me leave the world the way I found it.”

Plath went to Indiana University Northwest for his Master’s in Public Administration with a focus on Environmental Policy, both of which he had undergraduate degrees in.

After school, he worked for the Indiana Department of Environmental Management as a Drinking Water Inspector. He was later promoted to Remedial Action Plan Coordinator. Dan’s job was to work with business partners to maintain the lakeshore by keeping the beaches open and cleaning the local rivers. IDEM taught him about the regulatory side of the environment.

For another perspective, Plath took a job with Nisource, a parent company of NIPSCO. He spent nine years as principal in their Environmental Department, developing conservation framework and working with shareholders.

“Really doing the right thing by the environment is good for the quality of life of the community. It’s good for people in surrounding areas, and it is also just good business sense,” Plath said. “Companies that embrace sustainability are thriving.”

Learning how businesses think was and remains a great asset in Plath’s career. He would reach out to business partners and organizations to collaborate on what management practices would have the least impact on the environment. Plath resolved permit issues and mitigated damages with stakeholders. His work helped create government policies, such as the Clean Water Act.

Plath’s business insight is unique at the National Park Service. With it, he is able to foster more relationships that will help the park system.

It is still a new job, Plath was still settling in at the time of his interview, but he has high expectations for the Duneland community. As Chief of Resource Management, he is responsible for the parks, culture, and history of the region. The job demands personal sacrifice of Plath’s time and energy, but the opportunity to help his environment on so many new levels is worth it.

It meant stepping down as President of the Northwest Indiana Paddling Association, though Plath is still a very active member.

He helped found the group in 2007, when a Trail Creek Fun Float was held to celebrate the clearing of the watershed. The real difference made to the waterway, and the amount of fun the group had that day, inspired the group of a few enthusiasts into an organization. They now have over 700 members.

The non-profit leads 12 to 13 large scale community kayaking trips a year. They host river clean ups and are responsible for the clearing of brush and trees on the Little Calumet River. The NWIPA will be picking that project back up in the spring and had a hand in the re-openings of the Kankakee River National Trail (150 miles long) and the Lake Michigan Water and Recreation Trails.

For Plath’s efforts in conservation in both his private life and his career, he won the 2016 Outstanding Individual Contribution award from the Convention and Visitor’s Authority.

He has already made Northwest Indiana a premier destination for paddlers nationwide, and thanks to his commitment to conservation, his efforts will continue to make positive changes in the region’s diverse environment.

“The government can’t do everything,” Plath says. “Government does the will of the people. If we don’t show we care and are willing to do something about it, they won’t know. We impact the community. People need to step up and take individual responsibility for it. That activism is important to keep things in check.”