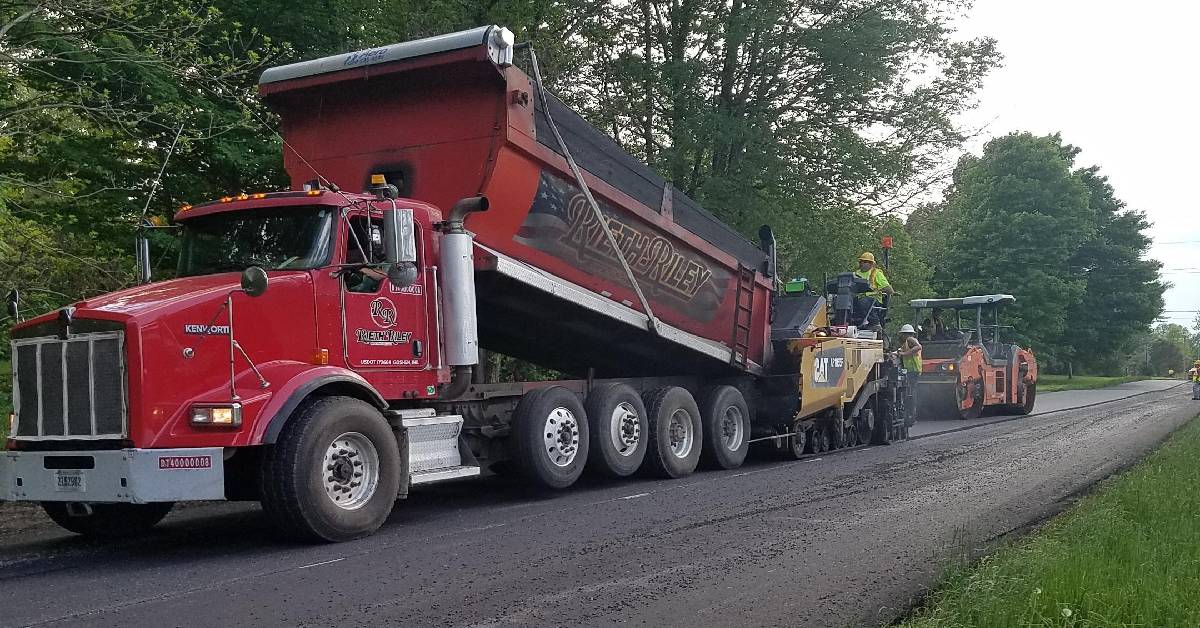 Having a skilled and driven team of employees is key to the successful completion of any major project. But what happens when those employees have a personal stake in their work, when in every step of the process they are moving toward a common goal that is greater than the sum of its parts? At Rieth-Riley Construction, that was put to the test when it became completely employee-owned more than 30 years ago. Since then, Rieth-Riley has continued to grow, making a name for itself as a company where employees take ownership of a project from beginning to end.

“Being an ESOP (Employee Stock Ownership Plan) company, I can truly say that the employees take ownership of the work and its outcomes,” said Todd Gosc, Sales Manager at Rieth-Riley Construction. “We have a type of culture that we are minding the store and we have a stake in the success of the company and customer satisfaction.”

Founded in 1916, Rieth-Riley started as a small construction company in Goshen, Indiana. The founder Albert A. Rieth received a $25,000 contract to build its very first project, a gravel road in Elkhart County. From there, it continued to grow into a large-scale construction company, thanks to the addition of George A. Riley as partner. Next came major project after major project. In 1919, the three-year-old company was awarded the Indiana State Highway Commission’s Federal-Aid Project No. 1 to begin laying more than 6 miles of asphalt that we now know today as U.S. Highway 33. The company built an electric power plant in its home base of Goshen. It even expanded into Michigan and began laying the roads throughout the state.

“A large part of our business is Indiana Department of Transportation (INDOT) and municipal/governmental projects including schools, airports, and more,” Gosc said. “The balance of our work is commercial, and of that, asphalt paving is a major part. We are full service, offering earthwork, storm, sanitary and water pipe work, site concrete and bridge work with the help of our other divisions.”

And for more than 100 years, Rieth-Riley’s services have expanded, continuing Albert Rieth’s mission of meeting a need for quality roads and infrastructure in the Michiana area.

“Our company has been in business since 1916 because the men and women of Rieth-Riley take pride in being a part of La Porte County and surrounding communities and constructing safe and efficient roads and parking lots,” Gosc said.

It’s this personal stake in their home community, and the commitment to reaching the same goal set by Albert Reith, that has driven employees to the company. From project management to company leadership to reception, each employee from the start has taken ownership of their work and has dedicated time and energy to see how their expertise and passion pays off at the end of a project.

This led to the Board of Directors decision to become completely employee-owned in 1986, laying the groundwork for an even stronger relationship between the company and its community. This stake in the community has carried over into modern times. Thanks to partnerships with various organizations, like LEAP (La Porte Economic Advancement Partnership), employees have made it a part of their job to stay connected to various organizations that have a positive impact not only on La Porte County, but also on how Rieth-Riley engages with its community.

This commitment to home and community has extended beyond La Porte County, too. Rieth-Riley’s awareness of the state of our world led to some impressive innovations throughout the years.

“Asphalt is the original recyclable product and we try to incorporate the processed asphalt millings in the new asphalt as allowed by specification,” Gosc said. “This not only recovers aggregate material, but also some of the liquid asphalt.”

“We are also not only utilizing GPS (Global Positioning Satellite) machine control for our dozers and graders, but also looking into it for our asphalt and concrete curb pavers.”

Innovation and community has been part of the Rieth-Riley Construction mission since 1916 when Albert Rieth saw a need for quality infrastructure in La Porte County. Since then, that has extended to its quality of services, its customer satisfaction, and to a welcoming company culture that illustrates its stake in making La Porte County a stronger place.