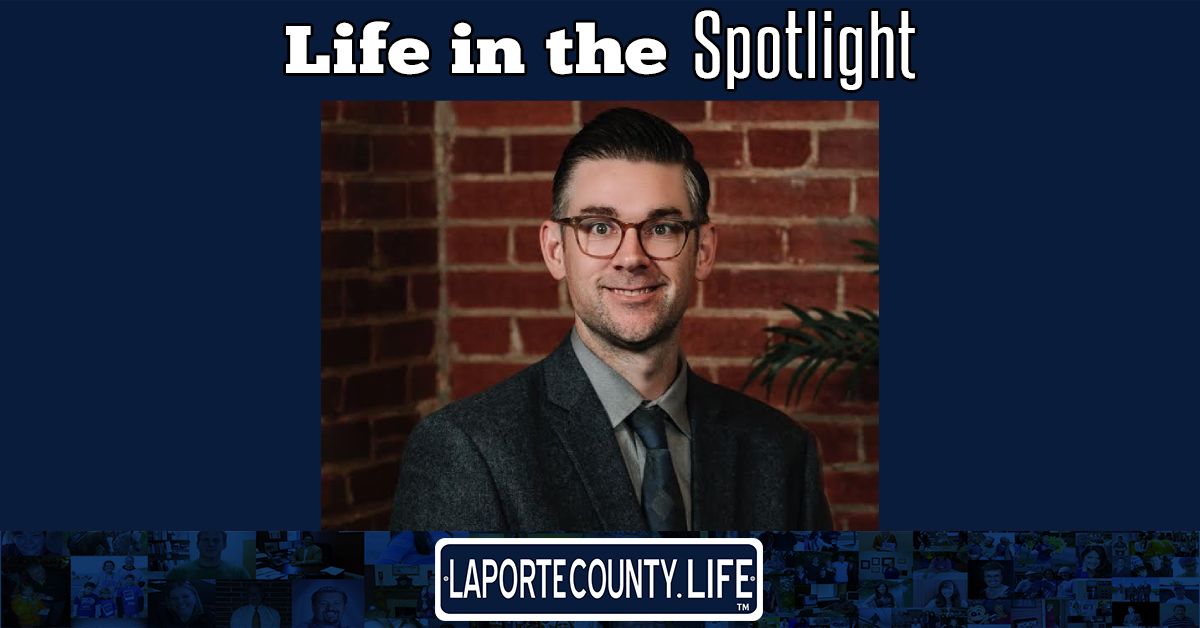 Nate Loucks' career and education of becoming a pastor stemmed from his mother's death when he was a teenager and from his passion of always wanting to help people. When his mother passed away, Loucks was able to see just how helpful a church and its community could be. Members of the church helped Loucks and his family both mentally and physically during that time, and that kindness and compassion from church members inspired and pushed him to become the person he is today.

“I’ve always wanted to do something to help people, in politics, social work, whatever. As preachers, we do more than just preaching sermons; we give back to communities and help those in need,” said Loucks.

Loucks grew up in Rolling Prairie, Ind, and then graduated from New Prairie High School in 2000.

After high school, Loucks decided to continue his education at Bethel University (BU) and received both his bachelor's and master's degrees there.

Loucks decided BU was the best-continued education path for him because it was one of the only colleges that offered a theology major, and it was close enough to home that he could visit when he wanted. In 2005, Loucks graduated from BU with a bachelor's degree, majoring in Bible literature and minoring in Greek and Hebrew languages.

In 2008, Loucks decided to continue his education once again at BU. In 2012 Loucks graduated from BU with a master's in ministry.

“I got my master's because there was a lot more I wanted to learn about Theology, the Bible, and overall being a leader. The opportunity arose for me to do it, and I was glad I did.” Loucks said.

Loucks' official career of becoming a pastor started in 2004 when his Uncle Jay left his career as a plumber and opened up a small church. Uncle Jay became the pastor of the church he opened up and told Loucks that when he was done with school, a job as a pastor would be waiting for him there. Loucks was thrilled and started working at the church part-time, and when he graduated from college, became a full-time pastor there. Today, this church is known as Lamb's Chapel Methodist Church (LCMC) and has many members.

After a while of pastoring at LCMC, Loucks decided that he wanted to open up his own non-profit church and bring the church setting back into the city rather than the rural area.

“I wanted to go into the city and have a more vibrant downtown church. I wanted the church to be set in a more economically disadvantaged area in hopes to better feed the hungry, love the lonely, and help the widowed.” Loucks said.

With the background of being a pastor at LCMC, Loucks was able to open up his own independent church and build it from the ground up. The church Loucks created with the help of many others is State Street Community Church (SSCC) and is composed of all walks of life.

Loucks decided to enlist SSCC as a non-profit church because he wanted all of the church's extra money to go back to feed the hungry and the community. The idea of being a non-profit church was so successful for SSCC that they were able to open up the Pax Center.

“We engage poverty through a shared meal. Poverty can mean being insufficient on funds, but it can also mean being impoverished of connection with people. We want to bring them together. Even if you don’t share a religious background you can always find other commonalities,” Loucks said.

In 2018, Loucks was able to even further educate himself on the aspects of ministry at Northern Seminary University (NSU) in Illinois. The program Loucks was accepted into - New Kind of Preacher Program - was run through the Lilly Foundation Program and was composed of nine different individuals of different cultures. The program lasted two years and these nine individuals met once a month to write an updated curriculum on leadership and preaching concepts. For Loucks, this program was an amazing opportunity not only for education but for personal growth and understanding.

“It was a learning experience about race and class that I really needed," he said. "Growing up, I had not been immersed in a multicultural learning environment and it was super helpful. I formed deep and beautiful relationships with the other individuals in that program, and they’ve continued to last years after.”

Aside from religious dedications, Loucks also has been on several community boards in his residing county of La Porte. Loucks has served as the Human Rights Commissioner and served on NWI Food Council, Family Advocates, and The Singing Company boards.

Loucks has also received many awards in his lifetime including the Spirit of Leadership Award from Leadership La Porte County, the Ray and Lucy Swanson Award for Community Service, and the 2017 Outstanding Young La Portean from the Greater La Porte Chamber of Commerce.

Out of all the awards, which Loucks is forever appreciative of, he considers his favorite award to be his ‘Dad of the Year’ coffee mug given to him by his son.

Loucks also has a journalistic side. On Mondays, Fridays, and Saturdays, Loucks takes part in a radio talk show and two podcasts.

On Monday’s and Friday’s Loucks is part of the radio show "Sound off."

"Discussions Over Dinner," is a podcast hosted by Loucks. His primary goal with this show is to eat a great meal while having expansive, respectful, and mind-opening conversations. The podcast happens at State Street Community Church.

On Saturday nights, Loucks and his friends, Bradford Oman and Ben Konowitz, dish their latest opinions about the newest episodes of Saturday Night Live (SNL). This podcast is titled The Ten to One Podcast and was named so due to SNL’s own title for its oddball and final sketch. Loucks, Oman, and Konowitz found that title perfectly fitting for their podcast because their podcast is all about three friends being able to laugh about the absurdity and humor of SNL. Oman created the podcast, and Loucks was super honored to be a part of such due to the fact that he’s been an avid fan of SNL since the age of nine.

For more information on the various organizations and projects Loucks has been involved in, check out his website at http://www.nateloucks.net/.