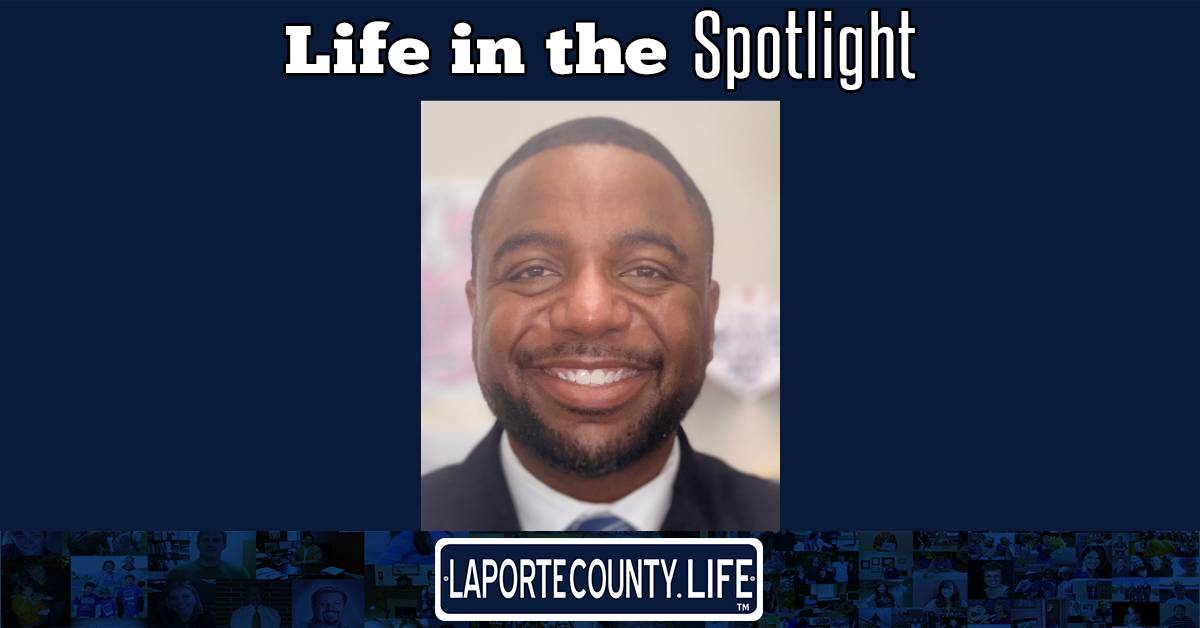 Wendel McCollum learned a lot growing up in Michigan City, but one lesson in particular stuck with him throughout his life.

“Never stop taking chances and don’t be afraid to fail,” he said. “Like many young adults, I fell down many times, but that did not discourage me from pushing forward. Most importantly, never stop learning.”

His own earliest and most significant educator is his mother, Theola Wright, who helped teach him many of those early life lessons.

“She has been my biggest influence and champion in helping me be the person and man I am today,” McCollum said. “As a single mother, she raised my brother and me to always value family, faith, education, and strive for excellence. Raising two black males as a black female, there were many reasons for her to say our family had no chance. While we were aware of the societal challenges, we were never allowed to use it as an excuse for not being our best.”

“I worked in Gary Community Schools as a social studies teacher while also coaching varsity football for Michigan City,” he said. “Then, I worked at both Krueger and Elston Middle School as an assistant principal before becoming an associate principal and head principal at East Chicago Central.”

After years of building experience, a huge chance fell toward him.

“In 2013, I had the opportunity to return to my hometown and work in my former high school as the principal of Michigan City High School,” McCollum said. “Now, I’ve been the associate superintendent since June of 2016.”

His role leaves him in charge of the day to day operations within the school district, working alongside many team members to make Michigan City schools the best they can be.

“I am truly blessed to work with some amazing leaders who do a tremendous job in supporting me in my role, starting with Superintendent Barbara Eason-Watkins,” McCollum said. “I also must give huge props to Sarah Painter, who along with myself, supports our 700 plus employees in human resources.”

Being back in Michigan City gives him a chance to make a difference in a very personal way.

“Having the opportunity to work in a leadership position in the community where I was born and raised is very rewarding,” he said. “While there are challenges in my work and no two days are the same, I enjoy building and maintaining positive relations with our school community. My position allows me to support or lead multiple projects that ensure all of our students and staff have what they need to make our district and community excellent.”