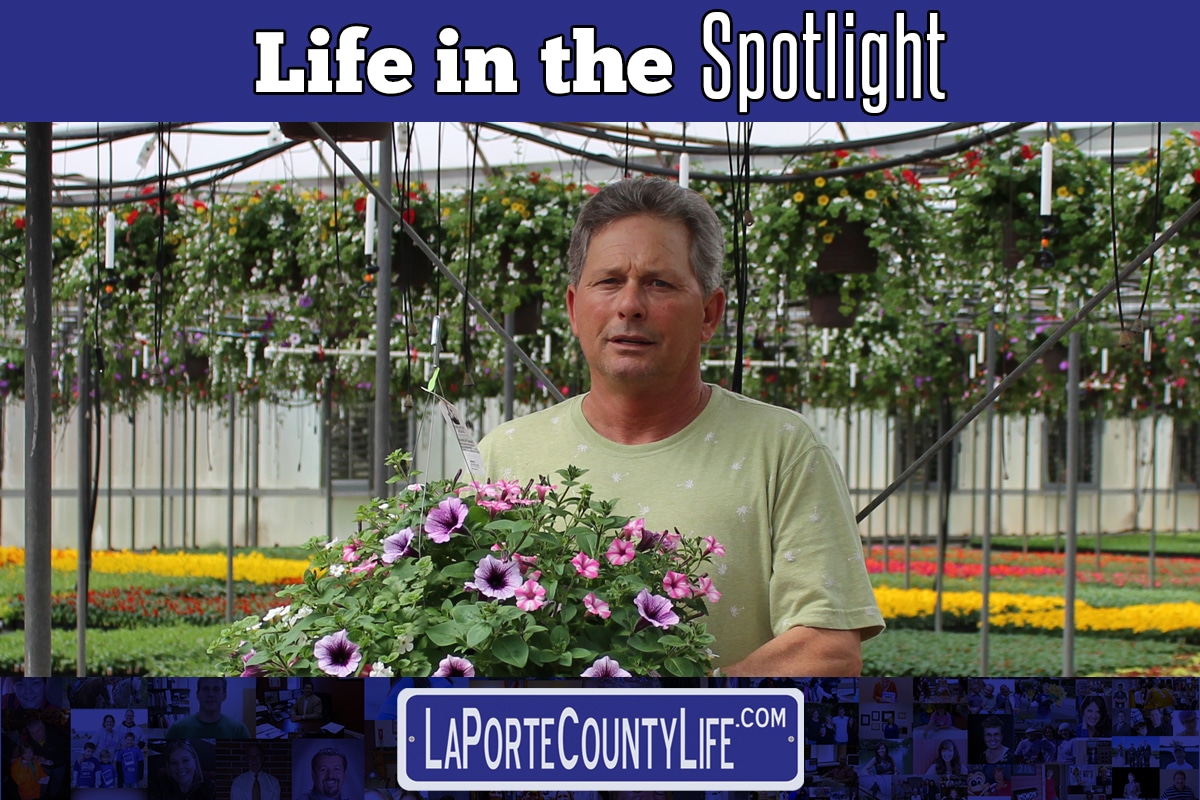 Tony Bernacchi spends his days growing plants at Blooms Greenhouse Growers Outlet, a place in the La Porte County community that has been an important part of his life.

When the Christakes family bought Angelo Bernacchi Greenhouse in 2008 and then later opened Blooms Greenhouse Growers Outlet, Tony stayed on as a head grower. He has been growing plants full time for 40 years.

“I’ve just done this all my life. I’ve been working at this greenhouse since I was six years old, and I’m almost 60 now,” Bernacchi said. “Before we went into the greenhouse business, my family raised radishes, and I used to go out and ride around on the combine and help bag up radishes now and then,” he said.

The two people who had the biggest influence on his life were his father and his uncle Victor. Bernacchi said he worked for his uncle in the family business for 20 years, and he really enjoyed building different greenhouses in the past.

“We did pretty much anything from build greenhouses to grow plants,” he said.

As head grower at Blooms, Bernacchi fertilizes, waters, and tends to the plants each day. He likes growing many different kinds of plants, but he said his favorite is probably the calibrachoa – small petunia-like flowers that spread in waves of color. Bernacchi said that he has always enjoyed learning about science, which is now a crucial part of his job.

“When I was younger, I was always good at science. I won a lot of awards. In grades one through six, I had five blue ribbons just in science fairs alone,” he said.

“I was always interested in science, and you need science to do this job, that’s for sure,” Bernacchi said.

For most of the year he works seven days a week, but he likes to spend his free time hunting and fishing. Lake Michigan and some smaller inland ponds are his favorite spots.

Bernacchi enjoys living in a small town in the Northwest Indiana region.

“There are a lot of advantages being in a smaller community. You aren’t fighting the traffic and crime rate. It’s a pretty secure community actually,” he said.

A 1979 La Porte High School graduate, Bernacchi is a friendly face to the La Porte County community, specifically his hometown of Kingsbury. He said his work in the greenhouse is a great way for him to give back to the small, close-knit community of Kingsbury.

“I like supplying them with a quality plant, which I’m doing. We grow a lot of quality plants around here, and there’s not a lot of garden centers around,” he said.