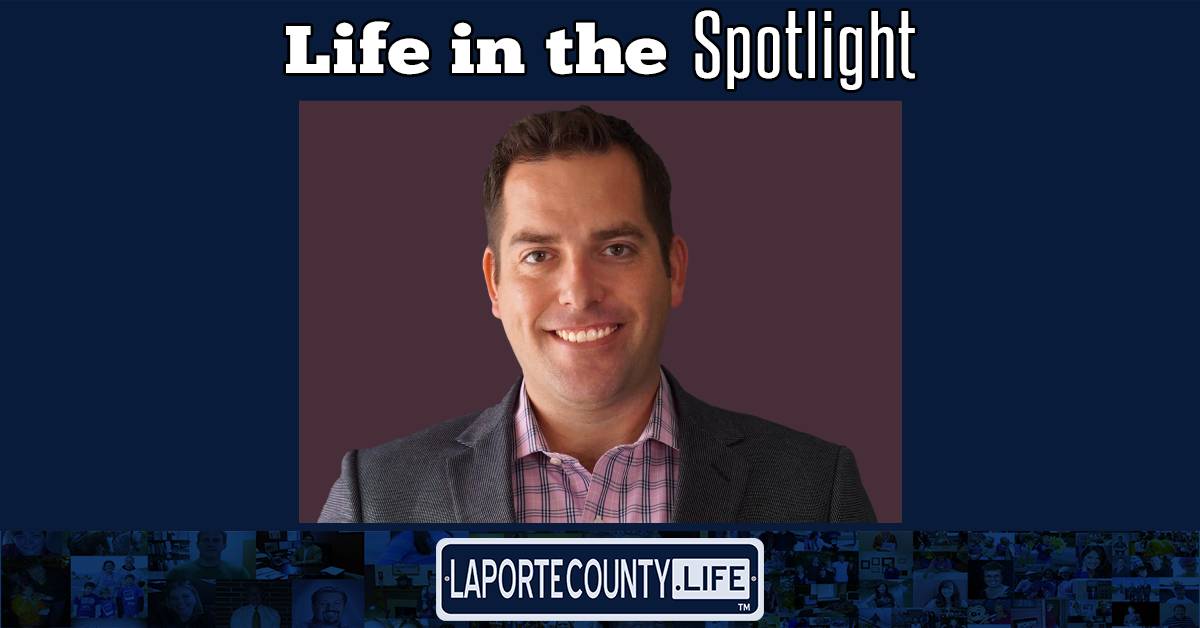 Being heavily involved in a community can be challenging, but someone as dedicated as Tim Franke can make it happen.

“I think La Porte has progressed in recent years, and I believe the past administrations and community members have done a great job,” Franke said. “La Porte is on the verge of exploding into something great.”

Franke is a home-grown La Porte native and is well-versed in the community. He left for college and then moved to Chicago after graduating. After getting engaged to his future wife Liz (who is also from La Porte), he decided he wanted to move back to the city he grew up in so that he and his wife could start a family.

“Once we moved here, I knew this was going to be a lifelong commitment,” Franke said. “Therefore, I wanted to be involved.”

The first thing Franke did was become a CASA, or Court Appointed Special Advocate. These are dedicated community volunteers who have been trained to advocate for the best interests of abused and neglected children who come into the court system by no fault of their own.

“It was a rewarding experience,” he said.

Shortly afterward, Franke and some of his friends founded an organization called the La Porte Seamless Charity (AKA Big Comedy La Porte), which gives back to the community by raising money through fun and unique events like comedy shows and team-based trivia nights.

He also became a Slicer Champions mentor, guiding a young local individual in setting goals, critically thinking through challenges, and celebrating their successes.

“Fortunately, all of the other individuals who were elected are very like-minded, so I’m really excited about the town’s future,” he said.

Despite the upcoming obstacles Franke foresees, he strongly believes that through hard work and cooperation, he and his community can go beyond their aspirations and soar to new heights.

“Our goal for the community of La Porte is to work together to be transparent and seek input from all of its members. That’s why I think people should strive to get more involved. The more help we get, the better we’re all going to be at the end of the day.”

Franke lives in La Porte with his wife Liz and three children.