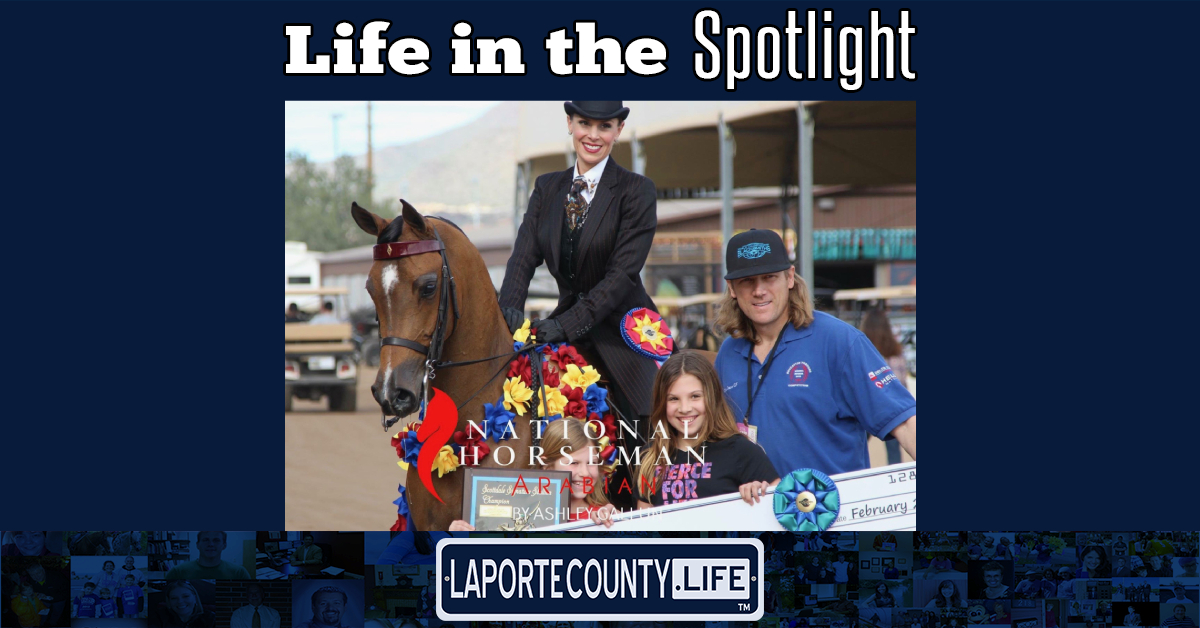 The number one bestseller in Children’s Books on Amazon right now is receiving rave reviews, but the story behind the book is just as heartwarming as the stories in the book. Vail’s Tales is an illustrated collection of short stories written by 9-year-old Vail Johnson, published posthumously by her mother, Susan Chance.

Chance grew up on a horse ranch in La Crosse, but her family found that the weather made it difficult to run the business year-round. When they found the perfect place for their passion, they moved to Pilot Point, Texas, where Chance and her husband Chad, were happy to raise their daughters Jade and Vail.

Chance appreciates the small-town feel of Pilot Point, as it reminds her of growing up, showing her horses at the La Porte County Fair with her 4H crew.

“It’s a great program and I love that I grew up doing that,” Chance said. “I wish we had it here, but we just don’t. People are into horses on a bigger level here that they don’t have 4H.”

Even without 4H, both of Chance’s daughters found their own love for the equine life on the family farm. They both rode every day, and Vail’s horse even makes a special appearance in the book.

Both daughters loved showing their horses, and without her sister by her side, Jade is starting to get back into the trot.

“Vail’s older sister Jade, who’s 14 now, is a very decorated equestrian,” Chance said. “They were both into riding, but Jade was bigger and stronger because she was older. The first time they attended a national horse show, Jade was a national champion. Vail was also top ten, but she was just so proud of her sister.”

Vail, who passed away unexpectedly in her sleep before her 10th birthday, admired Jade and wanted to be just like her. Chance says they were both very talented. Jade, a decorated equestrian, won three national championships and lettered in US Horse-Riding as a high school freshman.

“They were only two years apart and they were best friends,” Chance said, commenting that, although Jade was very affected by Vail’s passing, she is trying to find her new normal. In addition to riding, Jade also plays volleyball.

“She’d always loved reading and writing,” Chance said. “The day before she died, she twice mentioned that she wanted to be a writer when she grew up.”

Encouraged by her first-grade teacher, Vail was known in her classroom as a prolific writer. Her teachers asked Chance to pull a couple of Vail’s stories that they could read at her funeral. Afterward, they suggested Chance find a way to publish them so Vail’s stories could live in the hearts of others for all time.

“She was so little when she wrote them that she didn’t know how to spell all the words,” Chance said, “but her mind was far ahead of her age.”

Chance researched authors that could help her with the compilation and found the right talent and mindset in author Ed Payne and illustrator Britt Sekulic.

“It’s a very unique work because they turned her stories into rhymes,” Chance said. “Her original stories and artwork are included as well. It’s an awesome book and I don’t know any other that’s like it.”

The family has also started Friends of Vail, a foundation to support education and literacy in their community, in her honor. Further, Vail has many more stories that Chance hopes to publish in the future.

“She’s a published writer now,” Chance said, “and we will move forward and publish more as time goes on.”

Because of Vail’s Tales, the family has received a lot of media attention to help promote the book. From interviews on CNN and Inside Edition to segments on local news, the book has reached the top of the Amazon Children’s Books rankings.

“It was interesting timing because it made a difficult time into a celebration as well,” Chance said of the book that was released a week before the anniversary of Vail’s passing. “It’s comforting to see her dream come true.”

You can get your own copy of Vail’s Tales on Amazon and pick up extras for meaningful and special gifts for the children in your life.