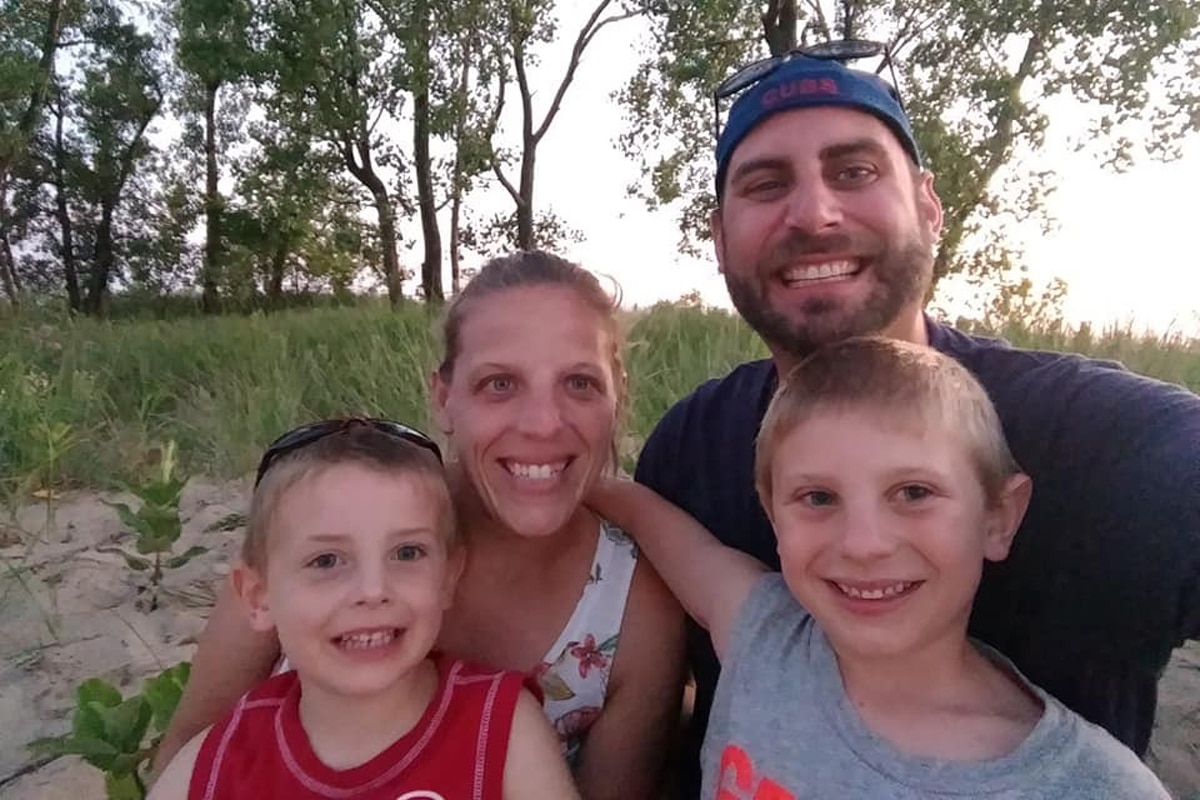 “They are an amazing company,” Walters said of American Licorice. “They are family owned. We work every day with the owners. They’re here, they’re active, and you can tell they care.”

With over six years of service at American Licorice, Walters has been involved with several projects that give back to the community. His passion for serving the community of La Porte is evident in his enthusiasm to engage in these projects.

“It’s really rewarding to volunteer and give back,” Walters said. “I think La Porte has a great network of people and organizations that do good in the community. My greatest joy is just working with great individuals and organizations. It’s amazing the assets La Porte has.”

Walters’ desire to give back to the community can be traced back to his childhood. With parents eager to provide a helping hand to those in need, Walters grew up with an appreciation for those who serve their community.

“It’s rooted in my upbringing,” Walters said. “My mother was a stay-at-home mom, and she was very heavily involved in volunteering through the school. She was on the school board, and she spent time in the library as a tutor. Wherever she could help out, she did, and I picked up on that as a child.”

Walters, a Western Michigan University graduate with a Bachelor of Business Administration and Accounting and Finance, joined the American Licorice family in 2012 as a Plant Accountant. Walters’ love for economics and several years of experience as an accountant at Rowley Bushue & Company made him a great fit for the position, but his love for giving back to the community brought him to new roles within the company. As an Economist and Community Manager for American Licorice, Walters expanded his opportunities for effecting change within the community.

“The company has given me lots of opportunity to lead in [community service],” Walters said. “I led our community engagements and sustainability efforts. In that role, my number one responsibility was investing in happiness and making sure the company was living out that mission.”

Walters, now the Economist and Regional Procurement Manager, values each of the opportunities provided to him by American Licorice to give back to the community. His favorite projects for service include those that benefit the education system in the area.

“Education is important,” Walters said. “Schools are the backbone of the community. Wherever I can give back to the school and education system, I want to. The community is so much better off by having a strong school system with services in place to help the students.”

Three years ago, Walters was involved in the launch of Slicer Champions, a school-based mentoring program that aimed to launch dreams, develop life skills, cultivate learning, and inspire student success. American Licorice expressed a desire to donate to the school, so they invited the La Porte Community School Corporation to identify their own needs.

After the school communicated their desire to have a mentorship program and the lack of funding required to support such a program, American Licorice made a $20,000 donation that allowed the school to hire a part-time mentor administrator, Bertha Sappenfield. Walters joined alongside members of the community to form an advisory board. Beginning with two preliminary mentors from American Licorice and with the help of fundraising and additional funding, the program blossomed to approximately 50 mentors.

The selflessness that American Licorice and Steve Walters demonstrated on the Slicer Champion project is not an isolated event. Rather, a myriad of service projects has been and continue to be undertaken by American Licorice, many with the help of Walters.

American Licorice always makes an annual donation to the Work Ethic Program. Students that meet the criteria that reflects commitment to their education and to serving their community are rewarded with Barnes and Nobles gift cards funded by American Licorice’s donation. Additionally, Walters has attended many career fairs and sat on several advisory boards and groups that focus on student preparation for college and career readiness.

“I’d like to thank the owners of American Licorice for allowing me and their other associates to do these great things,” Walters said. “A great benefit that all of us have at American Licorice is that the company gives us 16 paid hours a year to go out and volunteer. I’d also like to thank all the educators and administrators that I’ve worked with through La Porte public schools. They’ve been really welcoming of my advice and input, and they’ve just been really great to work with.”

Through his time at American Licorice, Walters has developed a deep appreciation for the work that the company does in effecting positive change within the community.

With a positive attitude and an eagerness to do good in the La Porte community, Steve Walters shows just how sweet life can be when you give back.

“I absolutely love when people find out where I work,” Walters said. “We definitely care, and the community sees that.”