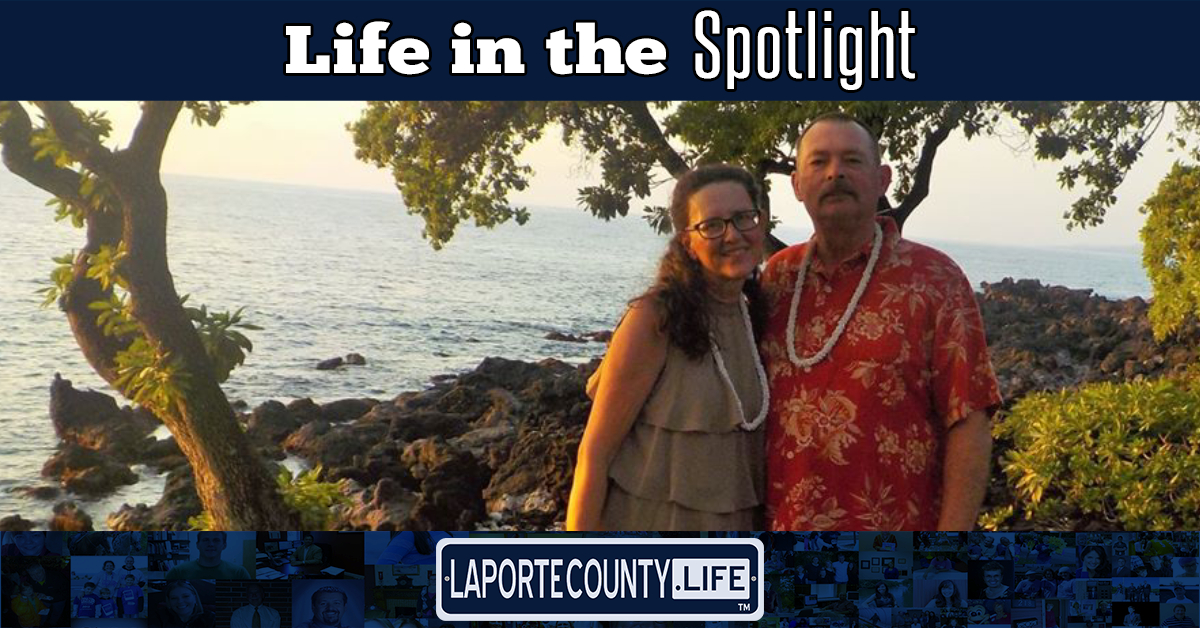 Steve Loeffler is the kind of guy who genuinely wants to know why anyone would want to write a story about him. But his life is quite remarkable – a true small-town success story of a hard-working, humble person who just wants to see the people and community around him succeed.

Loeffler was born in what was once Holy Family Hospital on E Street in La Porte in 1959. He’s lived in La Porte his entire life, and said it was good growing up in a small town, albeit uneventful.

“It was OK. We had different sports, little league baseball to be specific. I played from when I was 12 years old to the time I was about 16,” Loeffler said.

It was the mid-70s and the La Porte High School Slicers baseball team had already secured two state championships by then, laying the groundwork for the city’s renowned baseball program.

“I played outfield mostly, and I caught for a while. I never played for the Slicers but I had fun,” Loeffler fondly recalled.

You would almost hear the blushing in his voice if you were to ask about his high school sweetheart Annette, whom he married.

“We actually got married pretty quickly after high school. I guess you could say at that time, that’s what you did. It was just easy to go in that direction,” Loeffler said. “It doesn’t always work out when people get married that young. We’re lucky enough – we’ve been married 43 years now.”

For 41 of those years, Loeffler worked at the same company, New York Blower. For the other two, he’s been retired.

“I didn’t really choose that career, I think it chose me,” he said of his job as a welder/fabricator. “In this day, it’s pretty remarkable to say you worked at the same place for 41 years. Most businesses aren’t even around that long to begin with,” he said. “It was a good living.”

“You’d have to ask my wife about that,” Loeffler said. “She named them.”

Each of his sons lives and works locally – Keith at the University of Notre Dame, Kyle at Verizon, and Kevin at NIPSCO.

In quintessential small-town family fashion, they gather every Sunday for dinner and to play board games or just hang out, including with Loeffler’s three grandchildren. When Loeffler isn’t doing that, he’s keeping busy with the hobby he inherited from his father: woodworking. He has a full shop in the garage and makes things like Adirondack chairs, cradles, and other projects for friends and family.

“It’s a hobby, not a business, but it keeps me busy and keeps me using my hands,” Loeffler said.

Still living a full life, Loeffler only has one regret.

“I wasn’t in the service – that’s my one regret. That’s the one thing I missed out on, but I didn’t want to leave my wife in a bad way at the time,” he said. “My father was a World War II vet and my older brother is a Vietnam vet. I have another brother who was in the service but didn’t have to go overseas. And then my middle son – he spent five years in the Navy on an aircraft carrier. The John F. Kennedy, as a matter of fact. He was on the Kennedy on 9-11, and he got sent to New York City to provide protection at the time.” Loeffler trailed off thinking about that time that he described as being scary, even though he was filled with pride.

“So many people have served their country that way. It didn’t work out for me, and it might not have made any difference because it was a time of peace and there was no war. But I do have that one regret.”

Still, Loeffler continues to live his best life, and looks forward to seeing where his hometown might end up some day. As the husband of the Mayor’s administrative assistant across multiple administrations, Loeffler says he sees good things happening in La Porte.

“I feel good about the direction we’re headed. La Porte is just like every town in the United States of this approximate size. Everyone wants business, manufacturing jobs, and La Porte is no different. They’ve done a pretty good job over the last 26 years at least of drawing in the smaller businesses. The town has grown in that regard,” he said.

“I think La Porte bottomed out sometime after Allis Chalmers left and everyone understood how much they dumped into the local economy. I think we started to come back and continue to head upward.”

Loeffler referenced projects like Fort La Play Porte that he and Annette helped the community build. He wishes he could have done more with the project, lending his carpentry skills, but at the time, he was helping to care for his son who had experienced a traumatic car accident. As things smooth out in that regard, he expects he will get involved again in similar projects.

Until then, he’s going to continue enjoying retirement, a huge part of which involves watching sports – both live and on TV – with Annette.

“We’re huge sports people. We have season tickets to Notre Dame hockey, which is fun for me because I had an opportunity to play hockey in high school when La Porte had a team for a while. That was the best sport I played. We had a good team with a good bunch of people.”

Basketball is Annette’s sport. The two are big University of Tennessee fans because Annette’s dad is from Tennessee, and they also enjoy watching IU and other NCAA teams. Loeffler didn’t offer predictions for this year’s NCAA season, but said it will definitely keep he and Annette busy this winter.