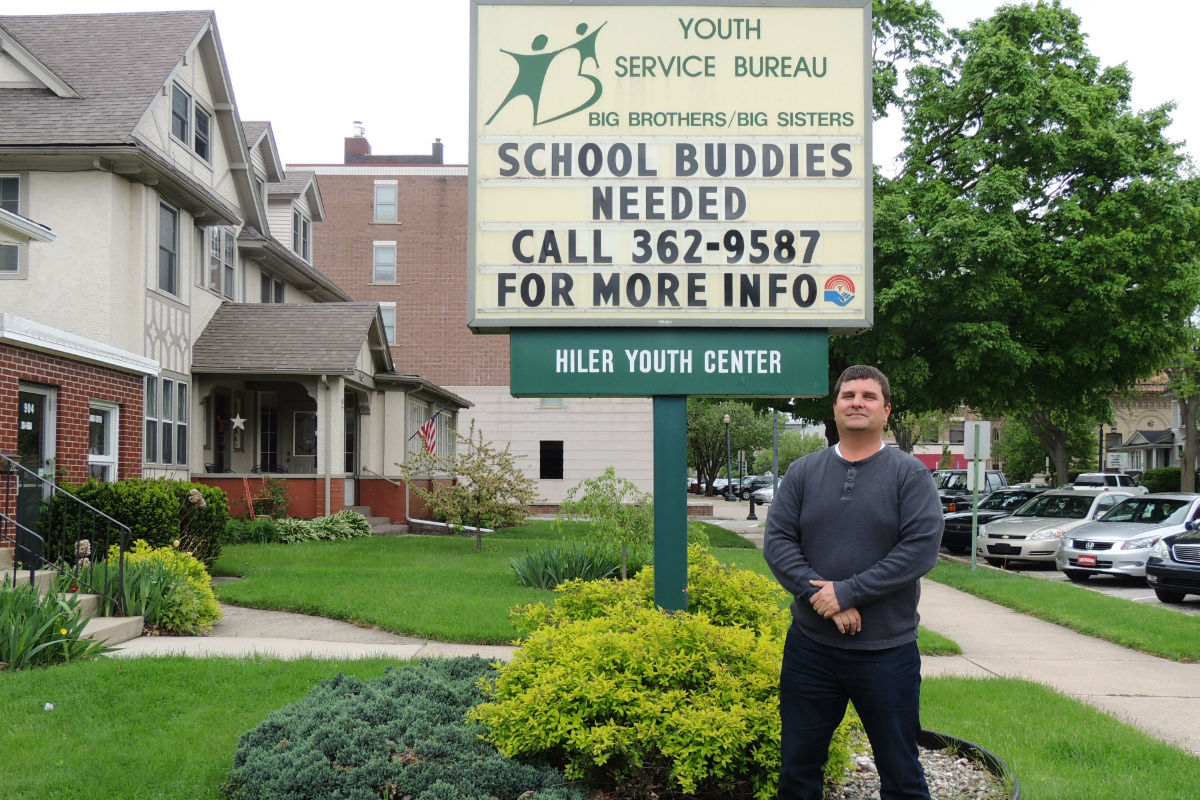 He has spent his entire life in La Porte, and there is no other place he would rather be. It is his home – the only place he has ever known. From childhood to the present, Steve Bernth has proudly been serving his community.

After graduating from La Porte High School, he went on to study Political Science at Valparaiso University.

He is now in his thirteenth year at Youth Service Bureau (YSB), a social service agency dedicated to programs that help youth in the community.

“It seemed like a good fit. I believe that children are our future. With being a lifelong La Porte resident, I feel it is important that we have good opportunities for our kids and programs out there to help them. It is a rewarding job,” Bernth said.

Under his authority, YSB runs four programs: Big Brothers Big Sisters, Teen Court, Kids on the Block and Summer Program. Each one offers its own assistance to the community.

Big Brothers Big Sisters includes one-on-one mentoring, and has two components: both traditional and educational. In the traditional one, a child is matched with an adult, who would pick them up from their house and spend time with them. The majority of the matches are school-based matches, which would allow an adult volunteer to be matched with a child. The volunteer would then spend an hour with them and help them with homework or other activities such as eat lunch together or play on the playground. This friendship-based relationship is critical in the development of a child. Mentored children are more likely to improve in school work and productivity, and will also excel more with their social interactions.

Teen Court is a program designed for first time offenders ages 10-17 who plead guilty to non-violent offenses. The youth volunteers serve on juries to sentence the offenders, making sure they are held accountable for their actions. They are then given sentences, some of which might include apologies, community service or counseling. This not only encourages volunteering, but also promotes respect and understanding for the legal system.

The third program is Kids on the Block, a scripted puppet presentation presented to local second graders that educates them about physical and sexual abuse. The fourth is YSB’s Summer Program, which is available to children going into fourth, fifth or sixth grade. Children of those ages have the chance to take field trips to places such as the Fire Department, Chicago or Deep River Water Park.

“Each of these programs we offer helps children in the community. It is our duty to serve those around us. It benefits both the child and the adult volunteer, and has done so for years,” Bernth said.

On a day-to-day basis, a lot of Bernth’s responsibilities are administrative. Although he stands behind each of these programs, his main focus is making sure that the agency is running properly. He spends most of his days balancing their budget and writing grants and reports.

His family comes first in his life. He is married to his high school sweetheart, and together, they have three children: Carter, Brady and Kylie.

“I would say that raising my kids is my biggest accomplishment. I am proud of all my children because they are growing into amazing people. Being in the business I’m in is important because we deal with kids that have issues at home,” Bernth said. “I think it is important for all parents to take responsibility to take care of their kids first. My number one priority before I help anyone else’s kids, is to make sure my kids are taken care of and are being raised the way they need to be raised, and doing things they are supposed to be doing.”

He and his family are close-knit. They were given a different perspective on life when Bernth was diagnosed with Acute Necrotizing Pancreatitis in 2007. His diagnosis was abrupt and nearly took his life.

“As a result of that, I had multiple operations, and had to have most of my pancreas removed. That near-death experience gives you a greater appreciation for life and for understanding that you need to prioritize your problems and shrug off the things that aren’t worth getting upset about,” Bernth said. “It gave me a wake-up call as to how I wanted to live my life and it gave our family a better perspective as to how we want to live.”

Right now, he and his family are heavily involved with sports. His oldest plays lacrosse and football while his middle child plays baseball and soccer. His daughter is playing YMCA soccer and began her first year of Parks and Recreation softball. As a whole, he and his family enjoy going fishing, hiking at the dunes, bike riding and going to sporting events together.

Bernth also likes coaching baseball. In the past, he has coached Pop Warner Football. He is also on the La Porte City Park Foundation Board and the Matthew Frank Moore Board.