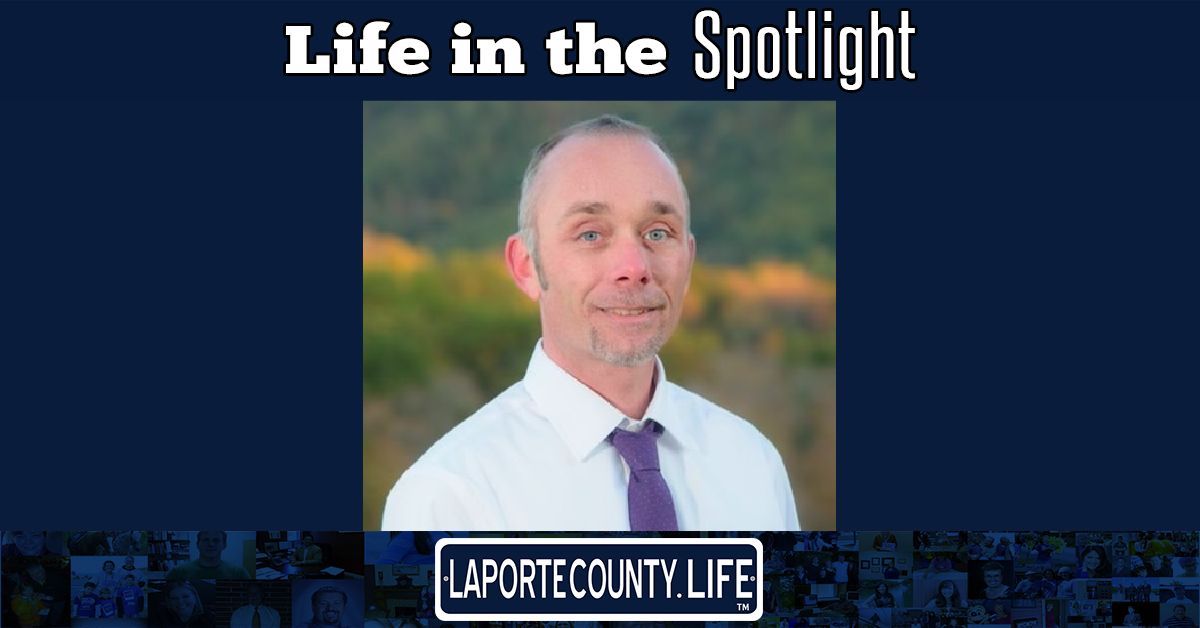 Shawn Goodwin, CEO of Independent Consulting-Unified (IC-Unified), believes that it’s incredibly important for people to have new experiences, and this includes himself. When Goodwin graduated from Purdue University in West Lafayette, he moved to San Diego, California.

“I had a degree and thought I was ready to conquer the world,” said Goodwin.

After eight years in the big city, Goodwin was starting to feel the pressures of an increasing cost of living. Even though he’d obtained his master’s degree from National University, he felt like he was still living the college life, and he needed to move on. He needed to get back to Indiana.

“General burnout finally took a toll. Plus, all my family is back here,” said Goodwin. "The first couple of winters were pretty brutal but being around family and loved ones helped me get grounded again. I ended up finding my wife in Fish Lake out in the middle of nowhere. It's just a testament to life changes that you don't anticipate or expect, but it’s what was supposed to happen, and I couldn't be happier now.”

While in California, Goodwin had worked in group homes helping children in need of support. He’d always wanted to work with children and had originally planned to study education before switching to psychology. When he returned to Indiana, Goodwin accepted a position as a behavior consultant working with people with developmental disabilities.

“After three or four sessions with the folks, I just fell in love with it,” said Goodwin. “It was a complete career shift. It was a different population, but it's still addressing some of those same needs I addressed in California. Our individuals appreciate and enjoy our support most of the time.”

Goodwin stayed with Behavior Services and Therapy for a decade, learning and growing professionally the entire time while helping his clients do the same. Eventually, he began to feel the call to find his own business, IC-Unified.

“The organization I worked for previously was a wonderful organization. From reports in the area, a lot of people felt we were one of - if not the best - in the business,” said Goodwin. “I learned a lot from my previous supervisor. I think I just reached my max, was just ready for a change, and it led me in that direction to be on my own.”

“We do a functional behavioral assessment to determine areas that need improvement and what client’s strengths are, and we start with an overall plan that'll ensure their success,” said Goodwin.

Goodwin goes above and beyond to ensure that people with developmental disabilities are given the chance to have meaningful experiences and doing so has helped him to connect with La Porte as well.

“A colleague and I started these camps six years ago, and their purpose was to connect with the community and get people with developmental disabilities out,” said Goodwin. “A lot of the older folks never have an opportunity to go on vacation or go out of town. Once we started these camps, we recognized not only that they are getting a new experience, but they're getting a break from the mundane day-to-day that a lot of them really needed. As the process went along, I developed and grew a lot of wonderful relationships.”

“Special Olympics is a wonderful program,” Goodwin said. “My ultimate goal and hope are La Porte County, or another local county get to participate in the nationwide Special Olympics. I want La Porte to be on the map for Special Olympics softball or any other sports. It's an experience for individuals that haven't gotten that opportunity, and if we can get them there, I think that would be a wonderful thing.”

Special Olympics not only gives individuals a rewarding, one-of-a-kind experience, but Goodwin mentioned how it also alludes to the idea of allowing the opportunities from these competitions to make larger waves across the country for people with disabilities.

"We had a 6-1 record at state tournaments for Unified Special Olympic Softball the year prior to COVID, winning two golds and a silver," said Goodwin. "I'd like to see our folks compete at a national level at some point."

Goodwin is a firm believer in the power of seeing things through and encourages everyone he knows to see that power.

“There is something to be said about seeing a project from beginning to end,” said Goodwin. “I still have group home kids out in California that I stay in contact with. It makes me feel good to know that they're still here and working towards their goals. It's one of those things that just makes me want to continue on this path."

When he’s not helping others experience the world, Goodwin is busy forging his own experiences with his wife, Danielle, and their children, Adelyn and Grayson. He has reconnected with the La Porte community and hopes to continue to watch it grow. Through all life’s thrown at him, Goodwin wouldn’t have it any other way.

“I can't say it was ever planned this way, but I'm more than happy that this is where I'm at now," Goodwin said.