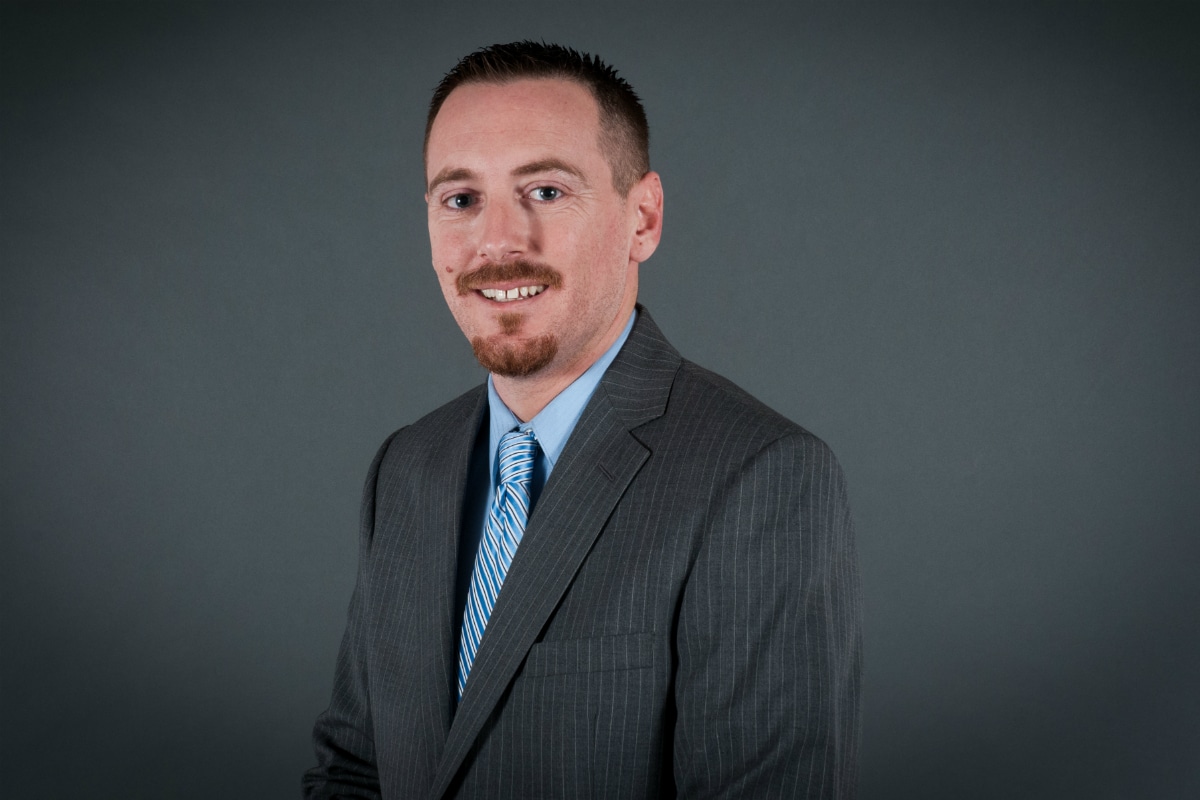 For some people, it can take years to find their true calling, to find a field in which they truly belong. Sometimes, people get lucky and figure out at an early age what career is right for them. For Robbie Masterson, President and CEO of La Porte Community Federal Credit Union, he found his calling when he was a student at La Porte High School and a member of the very community he serves today.

“I was a part of a program called Workforce Development, so I went to school half of the day and then I went to work for second half of the day,” Masterson said. “The first job I had was as a team leader at a Rally’s here in La Porte. I was there for about a year before starting at the La Porte Community Federal Credit Union when I was 18.”

He started at the credit union as a part-time teller, and once he graduated from high school in 2001, he stayed on and continued his career there. It was in his position as a teller that taught him exactly what a credit union was, and, most importantly, the pledge a credit union stands by.

“The moto is, ‘People helping people,’” Masterson said. “I think that I have a pretty big heart and I’m a compassionate person and that has really allowed me to progress over the years at the credit union.”

From part-time teller, Masterson became a collections officer, then a collections manager, the branch manager, and then vice president, before filling his current role as president and CEO of the credit union. While he loves his current position and enthusiastically took it on, it was his role as a collection officer that showed him not only how important his role was in the La Porte community, but also allowed his compassionate personality to shine.

“For me, it was never about taking someone’s car, or taking someone’s home—that’s never what that job was to me,” he said. “It was always about playing detective on how I could keep the car with that person, or keep them in their house. So, throughout the years, we have served 9,000 people in La Porte. I’m proud to say that while I held that job, I only foreclosed on one home, and that was because in that situation, the owner had passed away. But in other cases, I worked with people to keep them in their homes, so I saw it as an opportunity to help people out.”

Masterson has continued the credit union’s pledge, one that he has adopted as his own, in every position he has held at La Porte Community Federal Credit Union. He has also worked hard to be able to bring expertise and experience to these roles. Masterson did not attend college, but a few years ago the credit union sent him to two management schools in Madison, Wisconsin.

“These schools are specifically for executives in the credit union world,” he said. “And that’s really where I got the education to become president of the credit union.”

By the time Masterson graduated with honors in 2015, he was already president of the La Porte Community Federal Credit Union and making his mark on the credit union and the community. As president and CEO, Masterson oversees three offices, tackles the mountain of financial paperwork that comes across his desk every day, and makes sure each branch is running smoothly and efficiently. But this does not stop him from being involved with the members of the credit union.

“I will be the first to jump out of my office and go meet with the members, talk with them, and try to get an understanding of what their needs are,” he said. “I also have overseen the building of a new office here in La Porte, something that is very near and dear to me. We have seen a tremendous amount of growth in this area…which is a great thing. It’s a project that I’ve really enjoyed taking on.”

“La Porte Community Federal Credit Union is 82 years old now and I want to make sure that we are around for 182 years. So, this is making a bigger impression and leaving a bigger footprint on the City of La Porte.”

When Masterson isn’t extending his hospitality and his compassionate spirit to the members of the credit union, he can be found working around his old Victorian home he has been fixing up the past few years.

“I’ve done a lot of work around the house to get it back to its original condition,” he said. “I’ve put an extensive amount of work into the house, so it’s something I really love to do. I also have a weird collection, which is I collect vending machines or any kind of antique coin-operated machine. I also collect antique bicycles. It’s a little odd, but it’s something I really love to do. It brings a lot of color to my home.”

He is also his mother’s caretaker. Masterson works hard to be able to take care of her, and even bought her house so that she could stay comfortable in her own home.

“I support her so that she doesn’t have to work or worry about finances,” he said. “She’s been my rock and continues to be my rock, so this is my way of giving back to her and thanking her for always being there for me.”

In his free time, Masterson packs up his car and spends every second he can outside with his two beloved dogs.

“Kayaking, boating, camping, hiking, you name it,” he said. “Anything that gets me outside.”

But Masterson’s heart truly lies in giving back to the people and the community that have given so much to him. His career, personal relationships, and love for the outdoors shows that he is someone who is in touch with his community and what it needs to thrive.