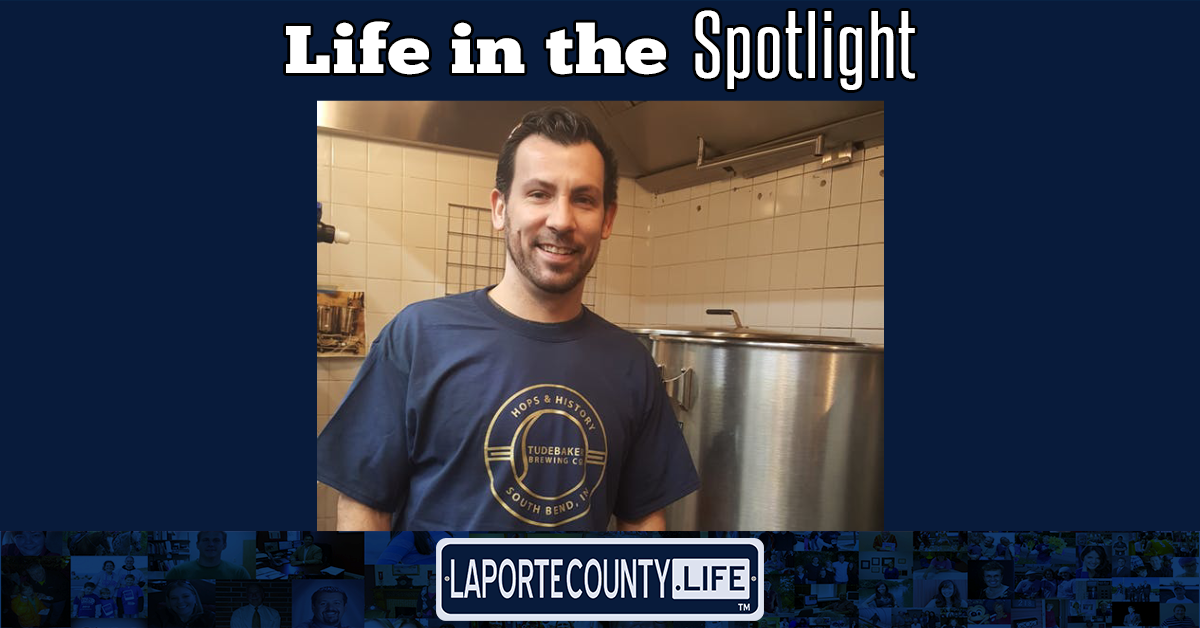 Rick Orta was born and raised in New Carlisle, attended New Prairie High School and now lives right down the street in Rolling Prairie with his wife and two golden retrievers. Orta has always been a countryman at heart and will take the countryside over a big city any day.

Since 2013, Orta has been the ‘Brew Master’ at Studebaker Brewing Company. He says the job truly fell into his lap, but it was one of the best paths he’s ever followed. Studebaker is currently a nano brewing company working with a single barrel system. They are hosted out of the Studebaker mansion neighboring the Tippecanoe Place Restaurant.

“I just kind of fell into it. A few years back, I was working for a car parts supplier, and there was a lull in the contracts and the economy and they were laying a lot of people off,” Orta said. “I had some friends in the craft beer business that were trying to get me to come in, and when I realized it was inevitable that I was going to be laid off, I said ‘what the hell’.”

So Orta jumped right in and learned that he actually loved being a brewer. He began learning everything he could about the business and techniques of brewing and was eventually able to find his own at Studebaker.

“Once I got out of school, I started working right away, and it’s all kind of worked out for me,” Orta said. “I kept ending up in leadership or management positions after bouncing around from different jobs. But after I stumbled into this, I know I’m going to stick with it because it’s a really cool industry.”

Orta is an avid reader and while he enjoys non-fiction and science fiction, he is always reading up on brewing techniques and practices to up his game. He notes “Brewing and Technology” by Wolfgang Kunze as his favorite book and his go-to when it comes to troubleshooting.

“I love the challenges I face and the learning I get to do on the job every day… There’s no scientific brewing theory that’s the exact way to do it,” Orta said. “When you start putting techniques into practice, it’s always going to be different, The brewing business is very much a problem-solving, DIY, use-your-brain, get-it-done type of environment, and I find it stimulating.”

The brewing industry can be very labor-intensive according to Orta. While he may not have much time to get involved in the community a ton himself, community involvement ends up being a major part of his work.

“The brewing industry is a very community-oriented industry,” Orta said. “We try to do things with the community and support local causes as much as we can.”

Orta notes his mom as his biggest influence and would like to thank her for everything she has done. There’s a long list of friends and family who have been there to help without question, and he couldn’t be more thankful.

“I’m just a very curious person, and I like to ask a lot of questions and get involved. I think that’s what’s helped me be so lucky,” Orta said. “I’m lucky in the respect that I haven’t had a lot of challenges or anything to overcome, and I’m thankful that I’m surrounded by good people that, if I needed, I wouldn’t even have to ask.”