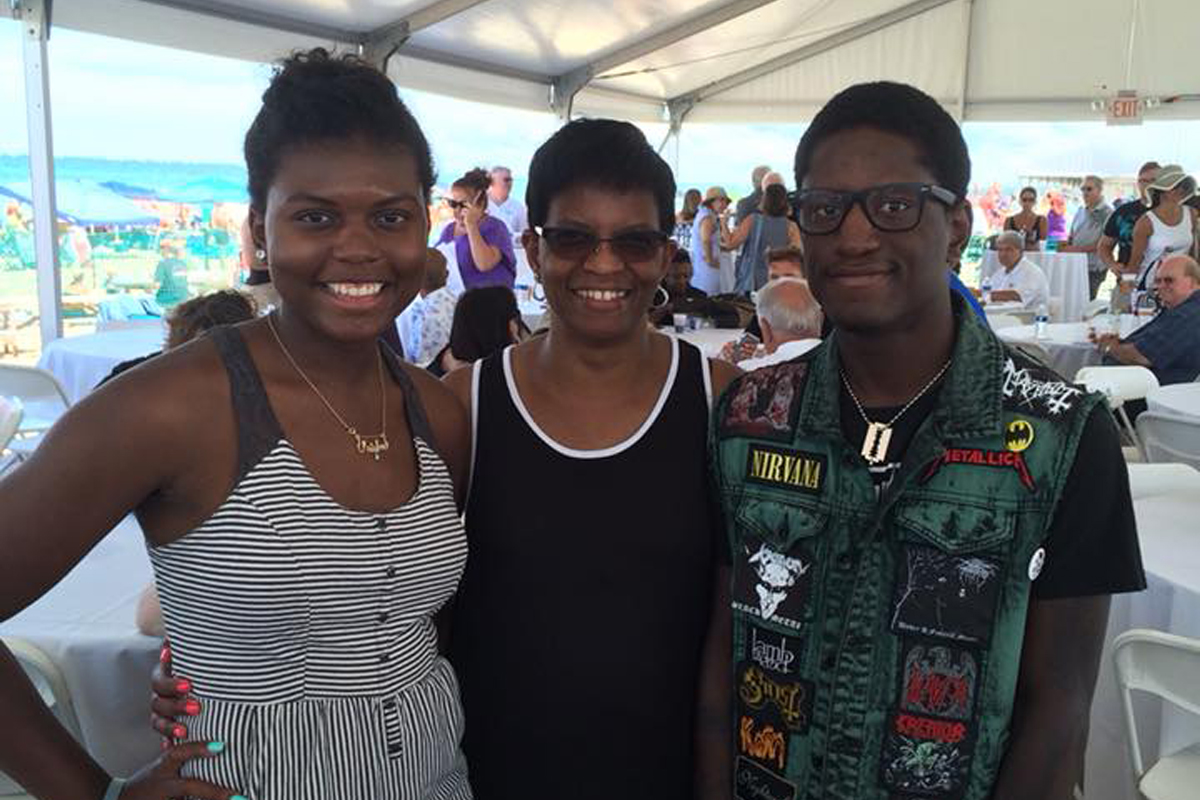 Peggy Thomas has always had an innate desire to help children. A natural people person with a passion for education and changing children’s lives, she brought those values into her career and has had a tremendous impact on countless students throughout her time in the Michigan City School System.

Thomas was born and raised in Savannah, Georgia, and lived with her grandmother before moving North to Ann Arbor, Michigan. From there, she attended Eastern Michigan University, and began her career in education in Michigan City upon graduation. It was there that she planted the seeds of a fulfilling future, both in her career and her personal life.

“I met my late husband, Donnie, on the playground of Niemann Elementary School where I first worked,” Thomas said. “He was the P.E. teacher there. We were married 30 years and had two beautiful children. I guess Michigan City was the place I was supposed to be.”

Thomas knew she was destined to work in education after an experience she had working a summer job in college.

“I had a job working with disabled students and that’s really what sealed the deal for me,” she said. “All it took was that one summer, and I was hooked.”

Since then, Thomas has worked in education for 39 years, the last six of which she’s spent as Principal of Edgewood Elementary in Michigan City. It has been quite a fulfilling journey, but Thomas says her favorite part of the job is building relationships with students.

“A lot of times you don’t know the impact you’ve had on them until years later,” Thomas said. “They’ll come back to you and say, ‘You had faith in me, so I had faith in me.’ That’s really what it’s all about – helping kids know and see that they can be whatever they dream to be.”

Thomas also believes in teaching children the value of hard work and determination, something she wishes she could tell her younger self.

“Nothing is impossible as long as you work hard. There will be some bumps along the way but know that you will always persevere.”

Several people have had positive influences on her career, however one person in particular is former Michigan City Schools principal Dale Ferraro.

“Dale was the first person to hire me out here,” recalled Thomas. “Then, I took a short sabbatical for a year before I went back to work for him again. I try to model what I do from what I learned from him.”

Thomas has gone through her life believing in the philosophy, ‘Education is the key; education is the way,’ a mantra she learned from her grandmother.

“That’s been part of my fabric forever,” she said. “I believe education really is the key and the way for many kids here that I’ve had the pleasure of working with. It has the ability to change the future. You can change the trajectory of a child’s life simply by showing them you care and teaching them the skills they need; we are agents of change in children’s lives.”

This is Thomas’s final year serving as principal. As she heads into retirement, she plans on being actively involved in the community and living life to the fullest. Much of her current community service is done through a group called Drifters.

“We just started in Michigan City a couple years ago now. We do a lot with the youth trying to get them scholarships to go to college as well as helping support the elderly members of the community. I love doing this work with my Drifters Sisters.”

Thomas believes in taking time to just breath and appreciate the blessings life has to offer. This belief is represented well in her favorite quote by Nelson Mandela that reads, “It always seems impossible until it’s done.”

“I have that quote posted in my office. On days when I’m overwhelmed, I look up and see that, and it brings me back to center. I am just so blessed, and I know it. Many people are blessed and don’t recognize it, but every day I see the wonderful things I have in my life.”

“We take for granted having health and having the ability to just be,” Thomas said. “That’s what I’m going to try to do – just be.”