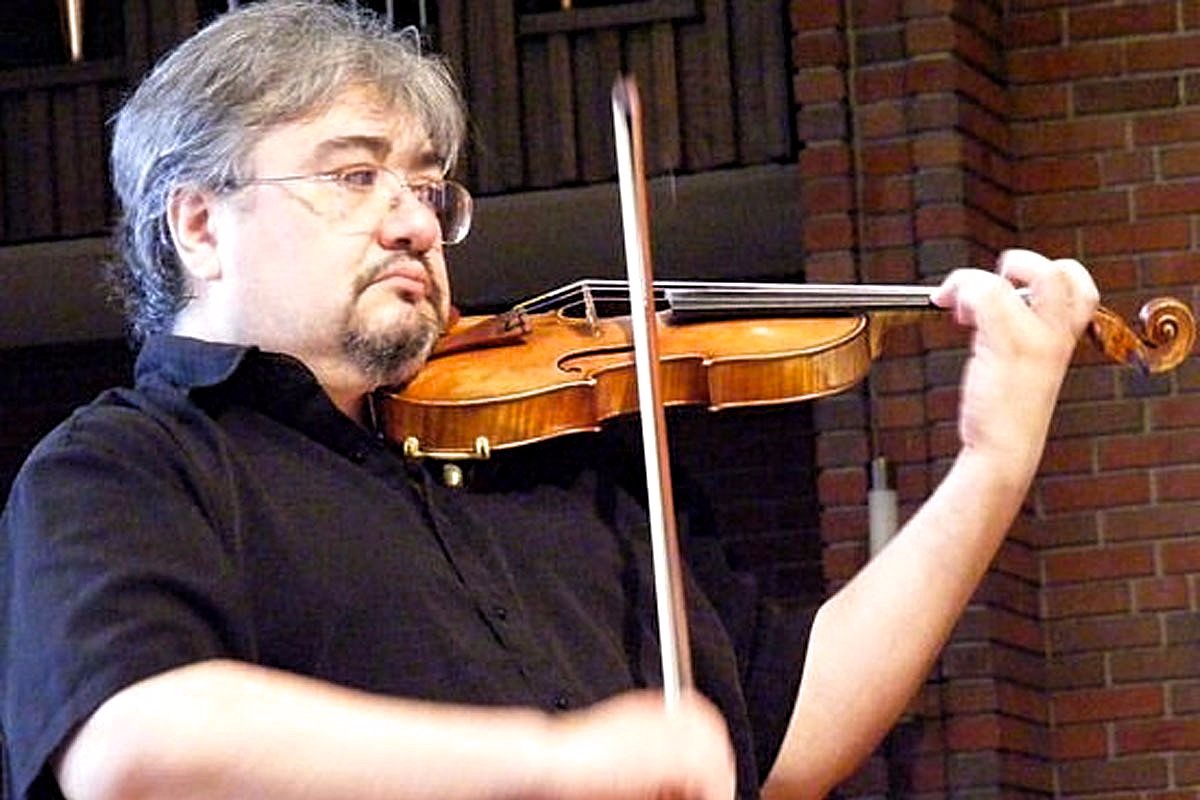 Not everyone can remember the exact moment that would decide the way the rest of their lives would go. Not so with Nic Orbovich, a concert violinist and the founder of the Michigan City Chamber Music Festival and Music Director at Michigan City’s First Presbyterian Church. Music is rooted deeply in his life-ever since he was a little boy.

“I was a very lucky boy. I was living in Steubenville, Ohio at the time, and I was listening to a lot of Rock ‘n’ Roll, and I wanted to be a rock guitarist. I was very lucky because the school system had an orchestra program. The orchestra director came in to our 4th grade classroom one day, and he had a violin, and he said, ‘Who here might be interested in playing one of these?’ And I said to myself, “Man that looks a little bit like a guitar, I think I’ll play that for a while, and then I’ll switch over to rock guitar. So, I started playing the violin, and I forgot all about rock guitar.”

Born in Queens, New York, Orbovich was raised in the Ohio Valley by a blue collar dad who worked in the steel industry and a mother who worked as welfare caseworker for the county. Classical music wasn’t a part of their daily lives.

Orbovich, who studied music and music performance Duquesne University and Carnegie Mellon University, and got his Master’s at De Paul University in Chicago, feels sharing his art with the world is what makes it special.

“What I love most about music is sharing music with other people. Whether it’s with other musicians like in a chamber music setting like a quartet or trio, or symphony orchestra, or sharing it with the audience, that’s what I like most about it. I’m not the kind of person who just sits in a room and plays music to soothe the mind, or relax or whatever that is. If it’s not shared, to me, it’s not even real.”

In between giving private lessons, rehearsing for concerts, and getting in at least two to three hours of violin practice each day, he works part time as an administrative assistant for the Rachel Barton Pine Foundation. It is a charitable organization that works to expand the appreciation of classical music.

“I do so many different things. Being a musician, it isn’t about liking music, or loving music. It’s more of a compulsion, it’s a necessity. If I didn’t do music, I don’t think I could survive. It’s like food, or water, or air to breathe, you know? If I didn’t do this, I don’t have a clue what else I’d do.”

Orbovich is a strong believer that music can be accessible and loved by everyone, with the only thing holding people back from it, is exposure. That’s why he plays his music at the free admission Michigan City Chamber Music Festival, making sure it’s accessible to everyone who wants to come, regardless of age or financial situation. 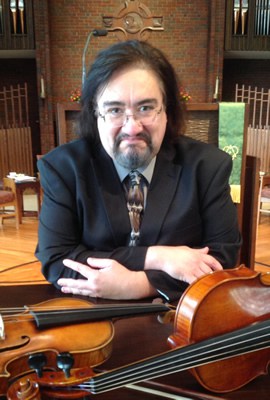 “I saw that the only thing missing in the public with great art was exposure. If (children) can be exposed to it, if they can have support from their parents or guardians, this can be loved by everyone.”

Another passion in Orbovich’s life is family. He lives with his wife Sunny and daughter Sophia, and his mother still attends every one of his concerts. The love of music runs in his family, as evidenced by his daughter, who attends vocal camps and performs in concerts in places like Butler University and Indiana University Bloomington. He emphasizes that the “most important germ” at the beginning of his musical career was his parents’ support, including hour-long drives to get him high-quality violin lessons as a child.

“I just think, what if they had said ‘No, we just don’t have the time, we don’t have the resources.’ What would my life have been? I can’t even imagine, but they said yes that day, and they didn’t quit on me,” he said. “Any time I wanted to take another step up in music, they were there supporting me. It’s everything. It’s the most important thing for a musician starting out, a child starting out.”

In the future, Orbovich hopes to start more local music programs, such as festivals beyond the Michigan City Chamber Music Festivals, and camps to teach young musicians. Other things he’d like to do is mentor others to begin music festivals in towns outside of Michigan City in order to spread his love of classical music to the masses. He’d like to urge the community to re-adopt full-time music programs in public schools, and believes strongly in classical music’s power to enlighten and promote educational understanding in all sorts of disciplines, such as math, science, and literature, not just that of music.

He closed with a little bit about his practice routine in the hopes that it could benefit young musicians:

“It’s a pretty advanced practice routine, but if any young musicians are out there listening, I’ll share some of the things that I do that I think are successful:

Number One, you must warm up. You must warm up every day. If you just jump in and start playing pieces, that’s actually a bit detrimental. I warm up with slow scales, and slowly increase the tempo until they’re very fast. I also do something I call long tones. Just the bow on the string. Very boring, and that’s just to get all the muscles warmed up and back into place where they’re supposed to be. Always have a plan for your lesson, say I’m going to (play these songs in this order). If you only have a couple hours for practice, plan out this much warm up, this much practice, this much for this one, this much for this piece, et cetera et cetera.”

For more information on Nicolas Orbovich and his work, please visit http://www.nicorbovich.com/