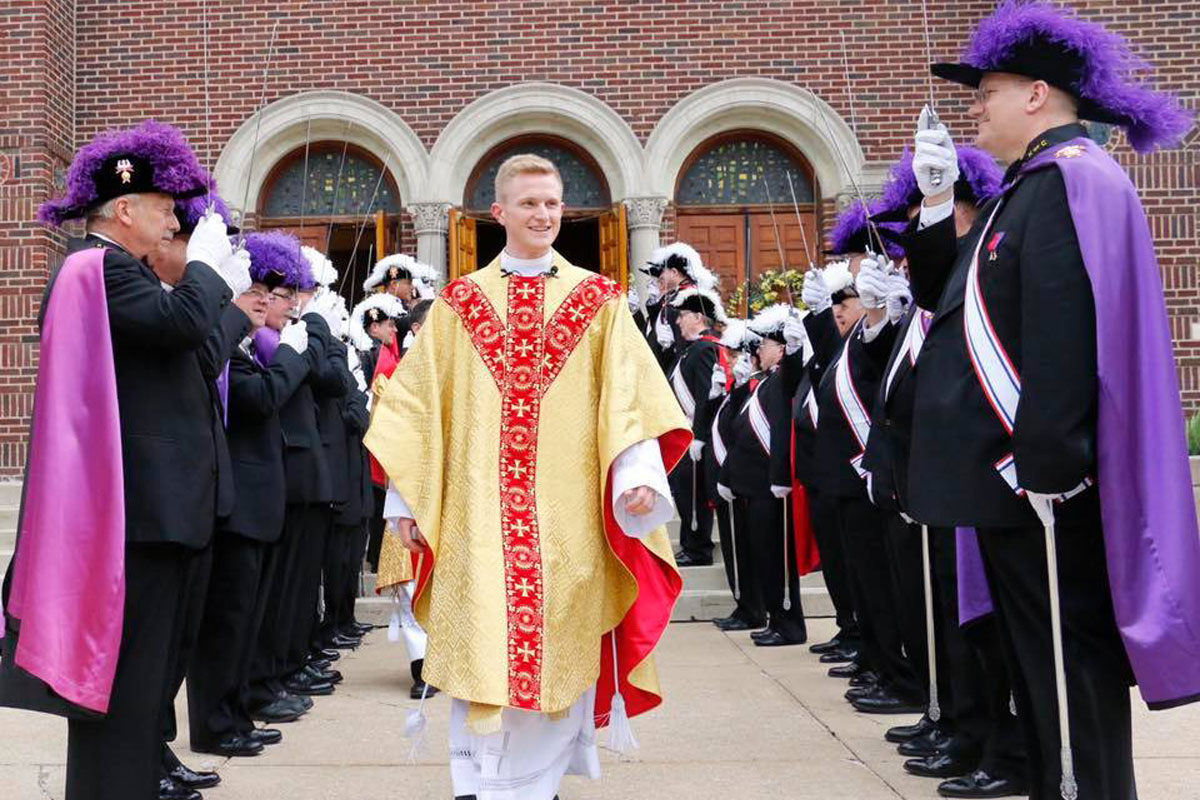 Growing up in a family of seven children, La Porte’s Nate Edquist was never used to being the center of attention. After becoming ordained as a Roman Catholic priest on May 20, however, his daily job now requires him to stand up in front of crowds to preach the Gospel and to be present for his parishioners at all times.

Edquist, 26, grew up going to St. Joseph Catholic School and then La Porte High School. He fleetingly thought of the priesthood throughout middle and high school, but, as with many adolescent aspirations, he changed his mind, and he continued with different dreams of becoming a doctor.

He attended Indiana University on this career path for a year and a half before he switched to the seminary. A lot of thought and prayer went into his decision, but he credits his official switch, in part, to a woman he repeatedly ran into at daily Mass.

“This lady came up to me and asked if I’d ever thought of the priesthood,” he remembered. “I said that I had but was planning to become a doctor now. The next week, I went back, and she pulled me to the side again and asked me, ‘What’s it going to be—Doctor Edquist or Father Edquist?’ And I felt like that was a sign from the Lord.”

Edquist attended Sacred Heart Major Seminary in Detroit for his undergraduate degree and then finished at University of Saint Mary of the Lake in Mundelein, IL. He was unsure of his decision to switch at first, but he felt called to at least try it, and he began to feel more at ease as his desire to become a priest grew stronger.

Regarding what people sometimes misunderstand about priests, Edquist shared, “The stumbling block for everyone is always celibacy. In our culture, everything becomes about relationships, so most people think that priests can’t be happy without having intimate relationships, but that’s a misconception. It’s a very joyful lifestyle, and I feel very fulfilled.”

His favorite part of his years at school was getting to know other guys who were studying to do the same thing and forming close bonds of brotherhood and friendship with them.

“Priests are not all old men,” he said with a smile. “At seminary, I was with 200 other young guys who were studying to be priests, and I know thousands of other guys around the country who are studying to be priests. You get a scope of the wider Church on the universal level, so it gives you an idea that you’re not alone at it.” 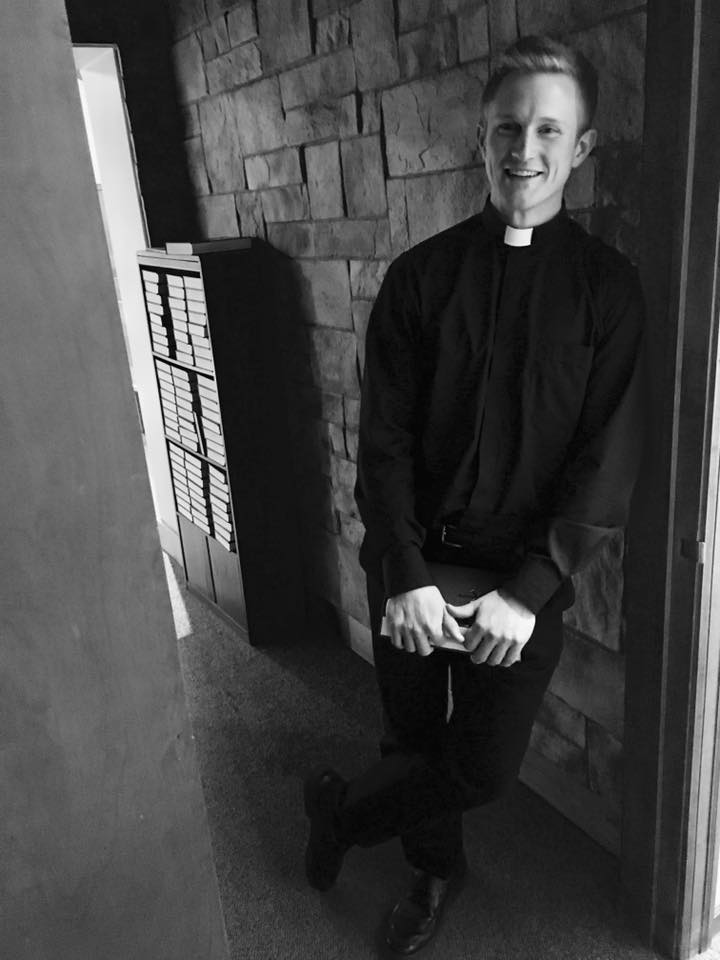 While he enjoys surrounding himself with priests his own age, Edquist also loves being able to spend time with the older priests who played a large role in his spiritual journey growing up. He was overcome with emotion during his Ordination during the Embrace of Peace, a welcoming moment in which each priest from his diocese approached and hugged him.

“Seeing all of the priests who have helped me throughout the years and being able to join them at the altar was a very powerful moment,” he shared.

At another powerful moment during his Ordination, Edquist made three major goals for himself: to be faithful to the Lord in prayer every day, to make sure that celebrating Mass never becomes routine for him, and to always be faithful and available to the people. He learned the importance of the third goal from his parents, who, despite having busy jobs and so many children, always made sure that each child felt loved and supported.

“Their presence for their children showed me how to be present as a spiritual Father in a parish,” he said. “They came to all of my events. Even if I wouldn’t tell them or didn’t particularly want them there, they would be there. That was the type of support and commitment that they showed me, and they taught me how to be present to other people.”

Through his life as a priest, Edquist hopes to be present for all people, especially those who have not had the message of the Christian faith communicated to them growing up or who have become alienated from the Church.

Edquist received about a month of “vacation time” following his Ordination, where he traveled to different friends’ Ordinations and performed Mass in different parishes around the Gary Diocese. In addition, he was able to spend some time doing the other things he loves, including exercising, listening to music, reading, drinking lots of coffee, and just enjoying the quiet moments he could find.

While he has enjoyed this celebratory time, he is incredibly eager to get to know the people of his new parishes and to be present for them.

“I’m looking forward to being able to work with the community and accompany them on their spiritual journey,” he said. “Like with parents of new children, [priests] become parents. Life is no longer about us, and we can’t just have it all for ourselves. We have to always be there for our ‘kids.’”

(Editor note: Black and White Photo by the Diocese of Gary and the main photo was taken by La Porte County photographer, Bob Wellinski.)