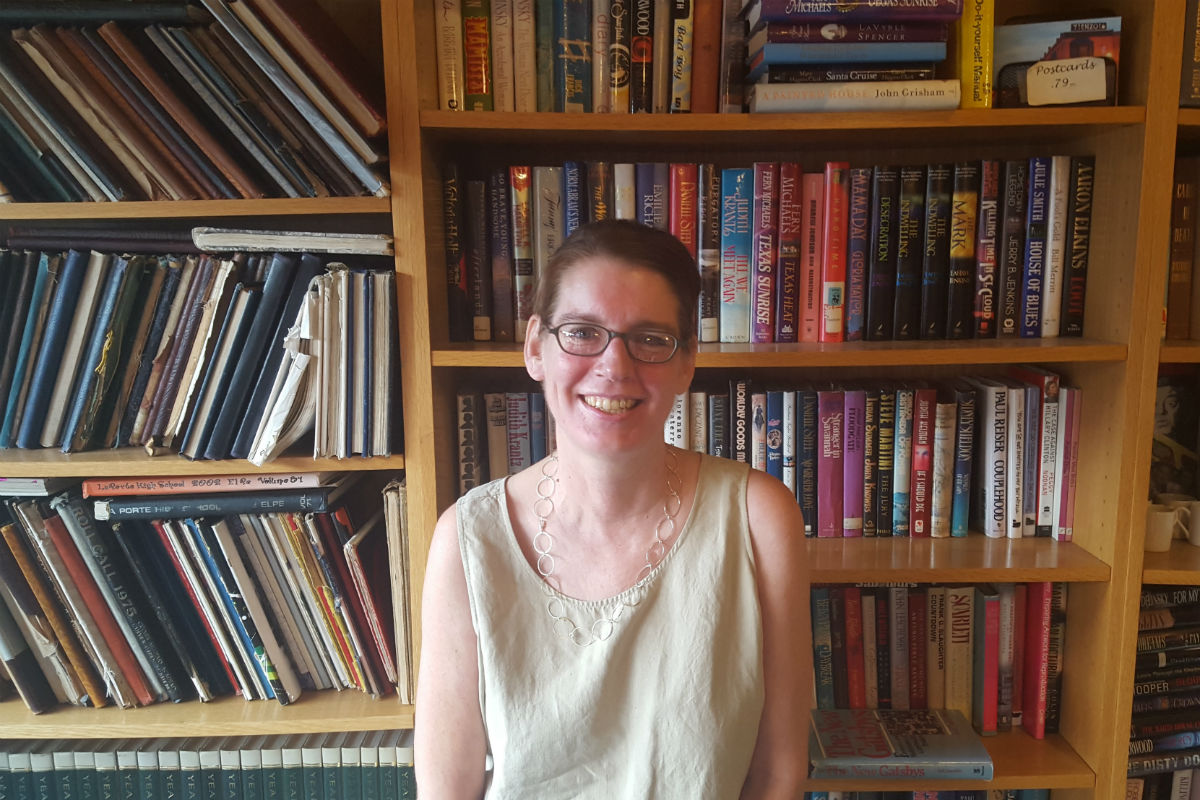 Finding a gateway into someone’s heart is not always the easiest thing to do. It takes care, effort and true compassion in order to be let into someone’s life. It takes a special kind of skill and personality in order to achieve it. If there is someone who has the gateway key into people's hearts, it would be Melissa Kraus.

Kraus is a free-spirited, outgoing woman who has the biggest heart and strongest drive to go and help those in need. She has volunteered much of her time to the Sand Castle Homeless Shelter in Michigan City, and to the Grace Learning Center. Right after Hurricane Katrina, Kraus decided to get on a plane, buy a hotel room and give the survivors warmth, in a difficult time when all seemed lost and cold. The stories of these Katrina survivors still echoed in the mind of Kraus, their stories motivate and cause her to achieve more.

“So many of these survivors had pink and blue casts around their arms,” Kraus started, “these injuries came from people trying to punch through the roof in order to escape their flooding home.”

Being surrounded by that grief, had an impact on her life. Seeing, feeling, and listening to the stories of the survivor’s was indescribable and something that she carries around with her on a daily bases. Katrina left a mark on the city, but also left a scar within the survivor's. It took away everything they had from them, but Kraus was there to give them something back, something comforting that they could hold onto; a small bit of warm compassion which helped heal some of the scars Katrina left upon their hearts.

Kraus also has a very interesting job, a job that can go a long way, especially for those who are able to connect to it. She is a music therapist, a job where she tries to reach out to people through the art of music. she loves working with little kids, due to how spontaneous and how unpredictable they can be.

“Music therapy is nonverbal, and that is key when working with some people,” Kraus informed, “it’s not traditional therapy, its therapy through the expression of sound.”

Kraus has worked with many children, from children with an abusive past to those with mental disabilities. Most of those children, can’t speak, or never learned how. Through music and through the compassion of Kraus, music has been able to become the voice of these children, a voice that is able to express more than words ever could.

Kraus also enjoys family time when she can. During the summer, she takes a trip to Colorado in order to escape the heat, and to visit her brother for a fun filled vacation on the slopes.

Being born and raised in a small town, Kraus loves the big city. Big cities are filled with a lot of people, and for Kraus, a person's most important component is the story that is written within them.

“During my younger years, I used to go up to people and ask them ‘what’s your story?’,” Krause reminisced, “most replied ‘what do you mean, my story, I don’t have one!’ They were wrong, though because everybody has a story, it’s what makes them who they are.”

Kraus has one piece of advice for everybody and that would be “to just do what you can. Get out there and find somebody who needs help, because there are plenty of people out there who could use a hand.”