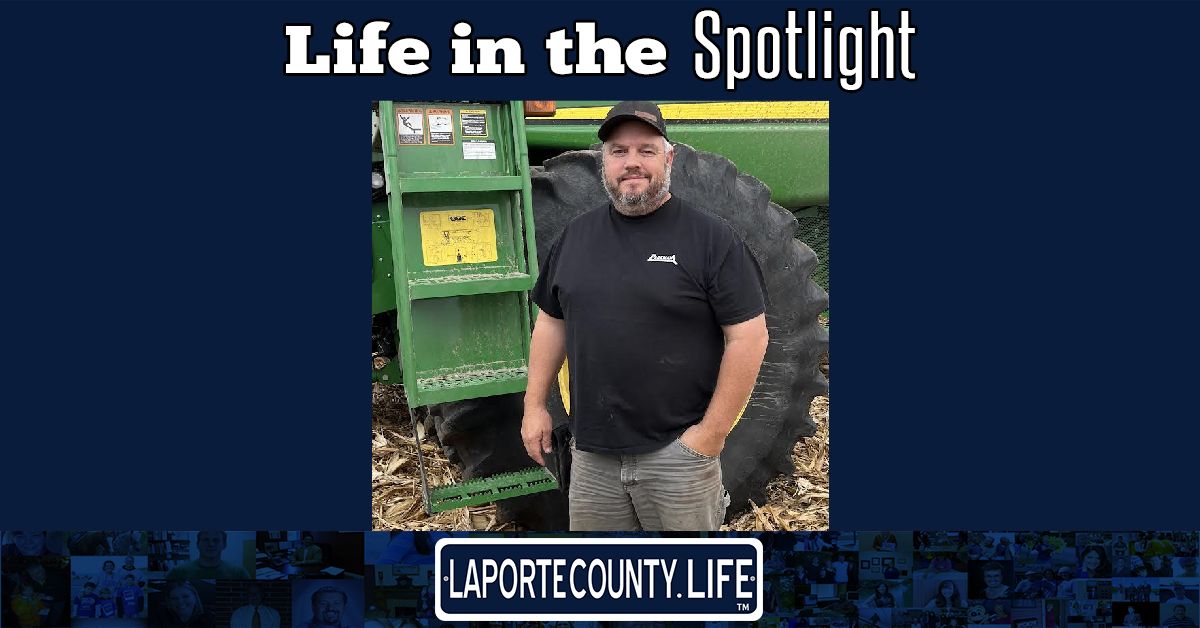 Last year, Mark Parkman was elected President of the La Porte County Farm Bureau. As the president, Parkman runs meetings with the Farm Bureau board. Once the meetings are finalized and Parkman is told what the board intends to implement, he helps make sure that those new implementations are put in place.

Parkman believes his favorite activity as president is going to the annual fairground bid. Parkman works with 4-H to buy animals that he takes to get butchered. Once butchered, Parkman gives all of the proceeds to different food pantries in the Region. Parkman was able to donate over 3000 pounds of protein to families in need this year.

Before becoming involved with the Farm Bureau, Parkman started Parkman Farms back in 2000. He got his start in farming by hauling grain before eventually deciding to buy a tractor and other necessary equipment. At first, Parkman had no intention of becoming a farmer, but after some wise words from an old colleague, Parkman decided to start his own farming business. Today, Parkman spends the extra time he has working on the farm with his wife and two children.

“I was only 18, and I didn’t know anything about excavating. All I did was work in the business. I figured if I learned how to do more with excavating, I could turn it into a nice side job. When I first bought the business I was still working as a laborer. As of today, it’s my busiest job. I’m almost always working six days a week,” said Parkman.

Parkman primarily drives the trucks or fills out paperwork for Parkman Excavating. One of his most recent projects with the company was digging up a sewer line. Parkman also recently delivered a machine up to Michigan City.

Throughout his time in the Region, Parkman has had several local positions: Chairman of the Beef Committee, President of the 4-H Council, President of the Cemetery Association, and President of the Westville Area Chamber of Commerce. Currently, Parkman is in his second year of presidency for the Westville School Board, but he has been a member for eight years. Because of all of his involvement in the community, Parkman also donates funds to local businesses and those in need. He commented that he enjoys giving back and helping out, or “what comes around goes around.”

When Parkman isn’t being the boss, chairman, or president, he enjoys spending time with his family. Parkman really hopes to spend most of that time with his first grandson.