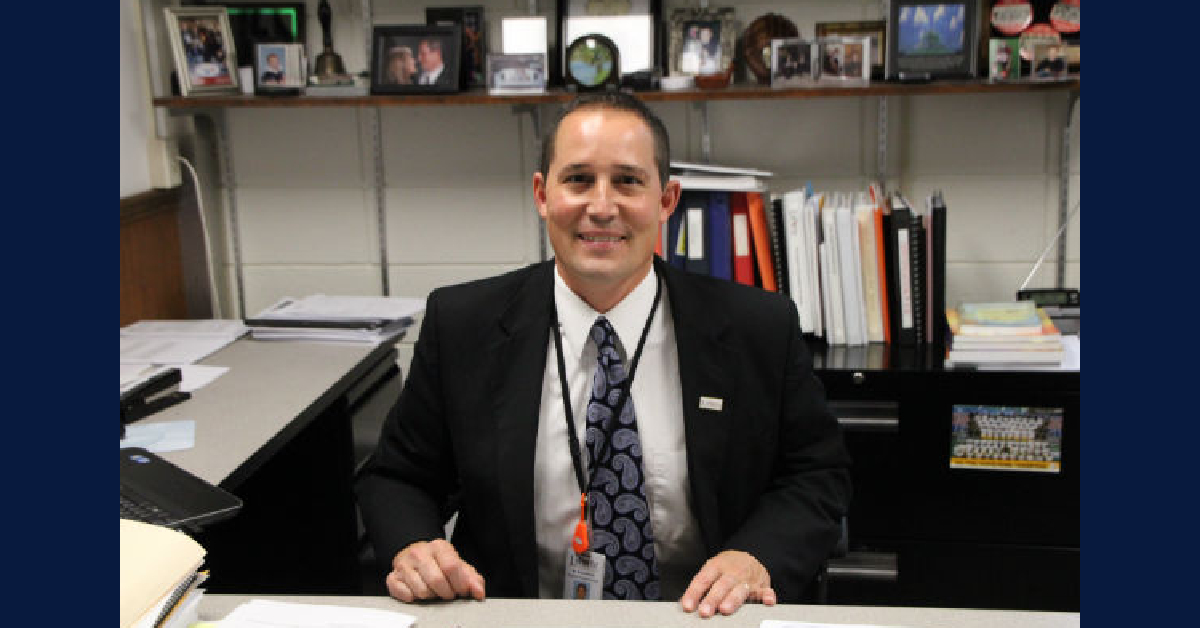 Sitting in his office, surrounded by family photos, Mark Francesconi looks the part of the confident and capable administrator. This is because Francesconi brings a wealth of knowledge to the table while serving in his third year as assistant superintendent for La Porte Community School Corporation.

Francesconi’s experiences in education started in 1987 when he began teaching history and physical education at a middle school in Portage. He also spent time on the sidelines for Portage High School, coaching football and baseball. In 1993, his administrative opportunities began. He was principal of Union Township Middle School, assistant principal at Portage High School, principal at a middle school in Michigan City, and finally he was the principal at Michigan City High School for ten years. In 2010, an opening in the central office for LPCSC was too good to pass up for Francesconi.

“I had been living in La Porte all along, so it just worked out for me to move over. I love it here. Our team has been strong over the past few years, and we are on the same page about areas where we can improve,” Francesconi said.

As his professional roles have changed, Francesconi still sees himself as a coach, which as a sports buff and former college athlete he finds it easy to navigate through.

“I love what I am doing; I love working with people. I am essentially coaching people. I spend less time with kids, which is still hard for me, but now I teach principals about how to run better and more effective schools,” Francesconi said.

Even after being at a variety of different schools, Francesconi sees numerous strengths and positive aspects about the La Porte Community School Corporation.

Status quo is not something that settles well with Francesconi. He expects a great deal from his staff, but that is mainly because he does the same thing for himself. He is constant learner who wants to be better, learn more, and move up in the educational field.

“I am aspiring towards my doctorate in education. I am finishing my first semester right now,” Francesconi said.

Being an assistant superintendent does not allow for a great deal of extra time, but when Francesconi can step away from work, his time is usually spent with his family. He and his wife Laura have three children: Jenna, Nick, and Gino.

“I enjoy going to my kids’ events and supporting them with what they are doing. I had to miss a lot of them while I was principal at Michigan City, so it is nice to be able to support my kids,” Francesconi said.

La Porte Community School Corporation has a steady and strong leader in Francesconi. As a lifelong educator, he knows what needs to be done and will work closely with his team and staff to ensure our students are not only getting what they need but what they deserve.