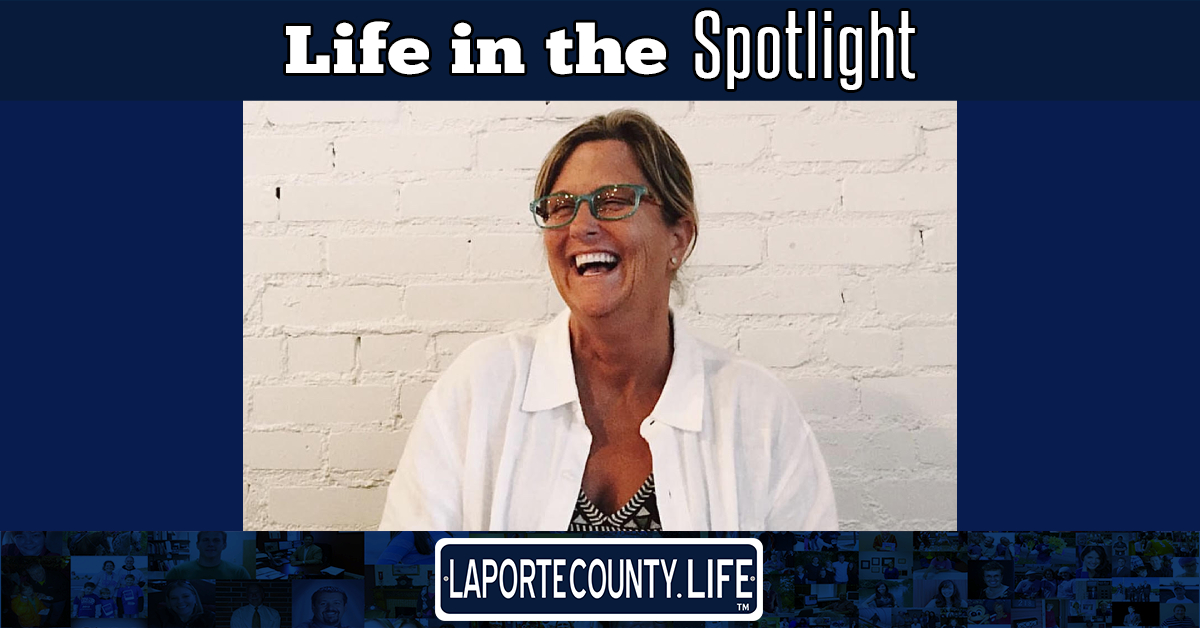 For seven years, Linda Weber has been the owner of several businesses, but she is most well known for her company Unsalted No Sharks. This company is a clothing line that dedicates its t-shirts to celebrating the Midwest and the world’s lakes.

Weber started her clothing line on a whim with one of her old coworkers, Abigale Kuchta. Together, they worked at a shoe store in Michigan City. After Kuchta designed a fish for the t-shirts and the two of them worked together to complete the shirt idea, they decided to begin selling them in the shoe store.

After a while, Weber realized just how successful the t-shirts had become and decided it was time for them to have their very own home. As of today, Weber’s Unsalted stores reside in New Buffalo, Michigan, and Michigan City; and contain a variety of Unsalted shirts that would fit anyone’s idea of fashion. With every purchase made from Unsalted, customers will be happy to know that 10% of their totals go towards clean water efforts.

“I wanted a t-shirt to be focused on our lakes because we live right by them. It’s a way to celebrate them and show how much we take pride in our lakes,” said Weber.

When Weber is not managing Unsalted, she spends some of her time helping her daughter with her New Buffalo clothing business Frolic. Frolic is a women’s boutique that sells clothing and gift items. Weber helps her daughter out with the business by going on buying trips with her and helping out in any way she can.

Additionally, Weber’s son was recently given ownership of one of Weber’s companies, Beach Hut. Beach Hut is an ice cream and coffee shop located on Stop 36 in Michigan City and serves those at Beach Walk. Weber decided it was time to sell her business to her son because she realized she wanted to spend more time focusing on her other businesses.

Weber’s other businesses include a satellite store in New Buffalo which is open from Memorial Day until late October, an Airbnb rental on Washington Park Boulevard in Michigan City which she flipped, and a nearly complete home renovation that will either be rented or sold.

“I got started in flipping because I just wanted to start investing in properties. It’s really nice for the Michigan City community to return to their old style of family houses instead of apartments. It’s nice to return something to what it used to be and then be able to serve the community with that,” Weber said.

Out of all the businesses Weber owns, she feels that being able to run Unsalted is a dream come true and one she hopes will last a long time. When she is not working and taking care of business, Weber truly enjoys spending time with her grandson, Cash Miller.

“I love fashion, buying, and all the networking that goes with owning Unsalted. It went from just an idea to a thriving business. I love that people have a desire to support a business that supports clean water and the lake we love. I wanted to do more than just sell a shirt, I wanted to give back and have the ability to help more than just me,” said Weber.