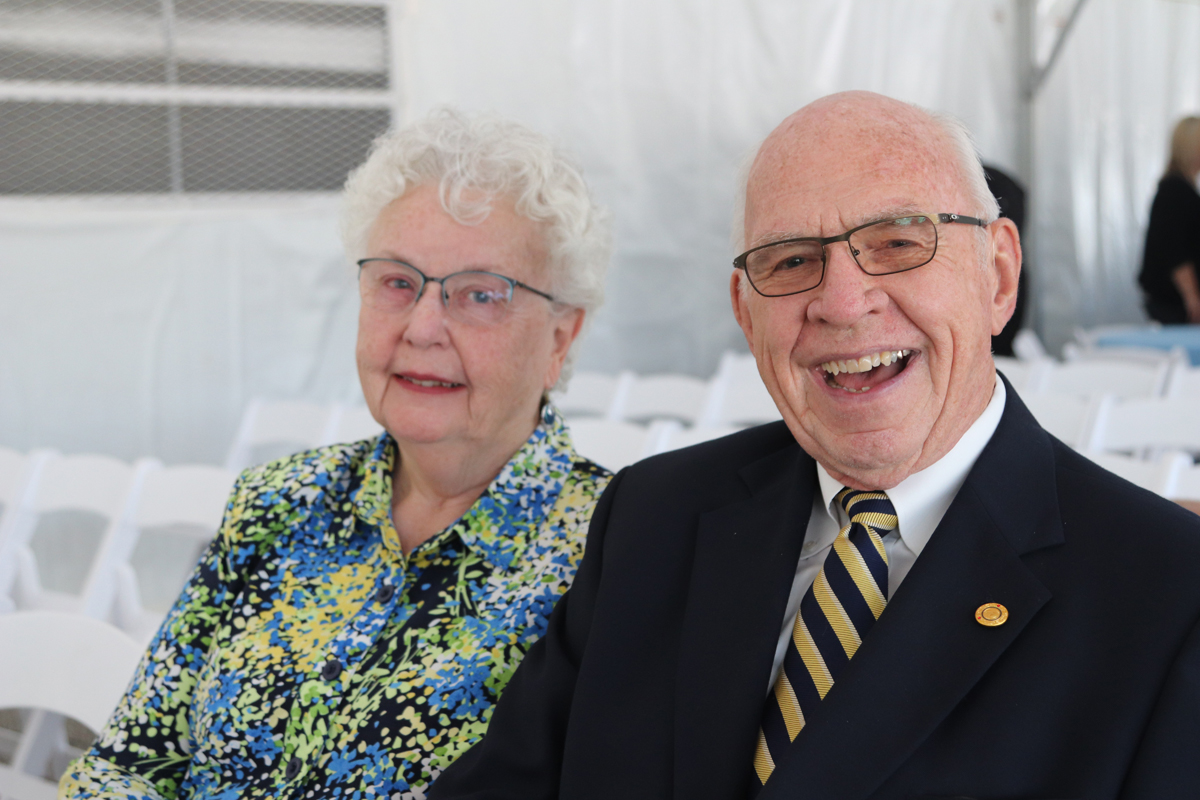 Leigh Morris, current interim CEO of the Visiting Nurse Association (VNA) of Northwest Indiana, has always strived to have a positive impact on the community over the course of his career.

Morris believes that people are capable of doing so much more than they think, a philosophy he lives by and tries to get others to realize as well. It was during his time at Ball State that he first made these eye-opening observations.

“I really discovered that there was a lot more to life than I thought there was,” said Morris. “I could do and be so much more than I thought. There is no man alive that can’t do more than he thinks he can, I really believe in that.”

After graduating from Ball State, Morris made his way in the business world for the next 33 years.

“I started out as a business manager,” said Morris, “I did fairly well in the corporate world, but the more I did it the more I felt I wanted to spend my life doing something that has more value to people.”

Fueled by the desire to make a difference in people’s lives, Morris headed back to school, enrolling in the University of Minnesota. Earning his master’s degree in health care administration, Morris emerged from school ready to make his dreams of helping others a reality.

He lives that dream daily in his current role at VNA, in which he aims to change the way people look at hospice care.

“I want people to understand that hospice is not about dying, it’s about helping people achieve the best quality of life possible for as long as life lasts,” said Morris. “People think it’s just about the last few days, and then that’s it. But, it’s not; it’s helping to get rid of pain and distress, keep a positive outlook, provide the best form of life possible and get rid of factors that hinder that. Life changes as it proceeds, but there are so many things to be done to make it a better time, not one of dread and death, but of living and embracing every moment of life.”

His position at VNA marks his fourth time serving as interim president of an organization, as Morris has held the same position at South Shore Leadership Center, Legacy Foundation, and Columbus Community Hospital in Madison, Wisconsin over the course of his career. With so much time spent in positions of authority, Morris has learned quite a bit about leadership.

“One of my favorite quotes reads ‘To escape criticism: do nothing, say nothing, and be nothing,’” said Morris. “If you’re going to be a leader, you have to be willing to accept the fact that you’re not going to satisfy everyone; criticism comes with the territory.”

Although comfortable being a strong leader for any organization he’s been a part of, Morris also recognizes the importance of teamwork when it comes to organizational success and takes the values of team building to heart.

“I thoroughly enjoy being part of a team that works together,” explained Morris. “I like to be able to come in and get to know the people and the substance, develop a sense of direction as a group and accomplish new things together. There may be some challenges along the way, but I want to be a part of overcoming them to achieve goals and make sure that what we’re doing ends with a positive outlook.”

When he’s not making positive waves in the community through VNA, Morris likes to spend time with his wife and their dog Tillie, or ride around in his 1960s Studebaker, which he lovingly named Lulubelle. He and his wife also love to travel and have been to several different countries.

“We plan to continue to see the world as much as possible,” said Morris.

Even off the clock, however, Morris strives to live his passion for serving the community. He works a lot with his local church, filling in for pastors and reading the sermons whenever needed.

“Community service is the rent that you pay for the space that you occupy,” said Morris. “I’m always trying to give back as much as possible.”

Morris has certainly accomplished a lot in his lifetime and will be turning 84 next week. However, he doesn’t let the stereotypes of aging slow him down in the slightest.

“You can’t let age be a barrier or a determinant of what you can do,” said Morris. “I don’t feel any different today than I did 25 years ago.”

“Forget about age,” Morris continued. “Go after opportunities, do things, be a part of things; I think sometimes people think that because they’ve reached a certain age means there are limits on what they can do, when in reality most of those limits are self-imposed.”