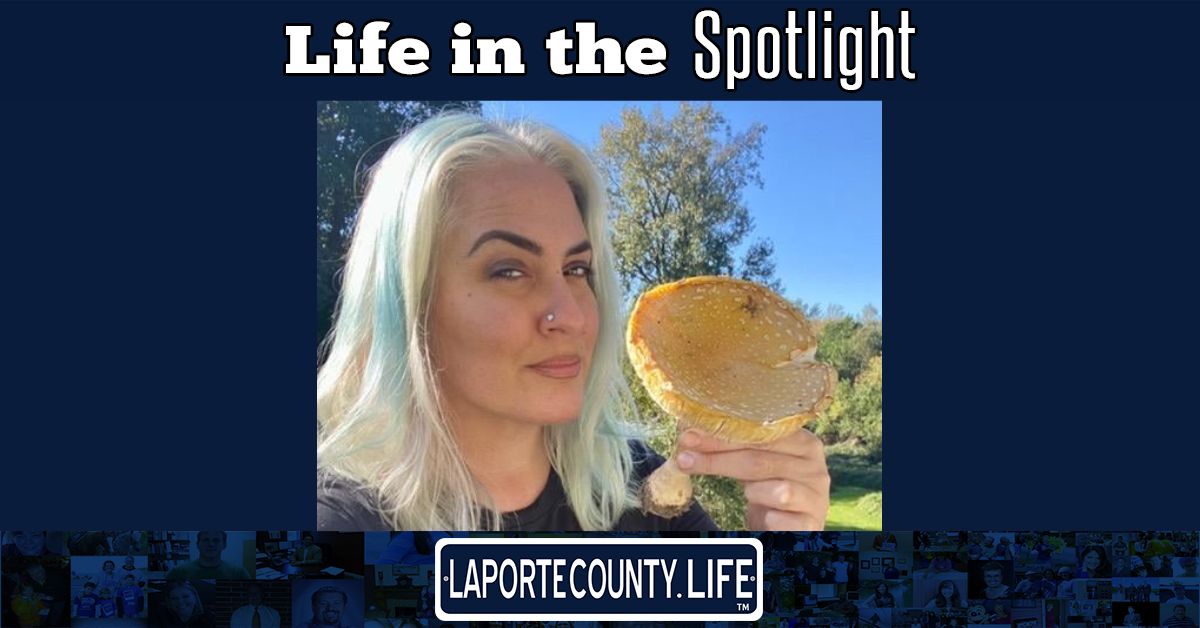 As a resident of Northwest Indiana, a commonly shared experience is the one bred from childhood experiences at the Indiana Dunes and Lake Michigan.

Local and international artist Laura Panozzo is no different.

Although Panozzo had grown up in La Porte, where she graduated from high school, she ended up branching out after she earned a half-ride scholarship to the Art Institute of Chicago (ARTIC). An opportunity to study for a semester in Florence, Italy turned into a five-year stay where Panozzo shared her passion and talent for art.

During her period of living in Italy, Panozzo, like many creative minds, became inspired by her surroundings and the new culture she immersed herself into.

“I love Florence and it inspired my art so much. It  led me to the ways of iconography - I’ve always loved nature. So I started pairing the iconography with my love of nature and it pretty much stayed the theme of my entire career spanning,” said Panozzo.

Panozzo had opened an art studio during her stay in Italy but later found a new opportunity to travel to Puerto Rico.

“I was just going to teach, work, and open a studio there. I only planned to be there for summer, and then I stayed there for four years,” said Panozzo.

It was during her period in Puerto Rico when Panozzo realized that she longed for the changing seasons - a recognizable trait in Indiana and the Midwest of the United States as a whole.

“I thought, I need snow on the ground for Christmas. I’m missing the seasons. When I came back home to Indiana, I came back with a new set of eyes. I fell in love again with the lake shore. The love that I had for the lake and the dunes as a little girl was always super profound, and coming back as an adult who had just left the Mediterranean Sea and then lived also in the Caribbean.  When I stood in the water and the shore - it was comparable to both of them. It could keep up with the Mediterranean. It was that beautiful; I don't think I have ever given it that much credit, and then I came back after all those years abroad, and I stood at what I like to call the ‘Indiana ocean,’” said Panozzo.

Although Panozzo had left Italy, she brought back to Indiana the inspiration she absorbed from her stay there.

“Once I recalibrated myself back home as an American, I furthered like this. It was an obsession with the forest. I can't leave anything behind. Gotta take it. If mother nature puts it in front of my feet. I'm taking it home with me,” said Panozzo.

During Panozzo’s forging of local forests and a Netflix film that brought her into the world of natural medicine, she discovered a deep fascination with something unexpected: fungi!

“Working with the mushrooms over the past year. I was like 'You know, this is so fascinating. This is Earth medicine.' They are so healing and I started to go hike for the specific mushrooms. I started making the tinctures and making the tea and it has changed my entire life,” said Panozzo.

Panozzo not only incorporated this new love of mushrooms into her daily living but also in her artwork.

“I'm launching my new collection. It's called Foraged Botanicals, and it's literally all the things that my little guy [Panozzo’s son] and I forged for so many mushrooms that are so beautiful. They're all dehydrated. They're all parts of sculptures. They're all parts of these beautiful, just intricate, botanical mosaics. Mother Nature has always been my favorite artist,” said Panozzo.

Panozzo has remained in La Porte, Indiana, since her return from overseas and continues to share her knowledge and creative outlets in regard to something that is often times overseen in our current age: nature.